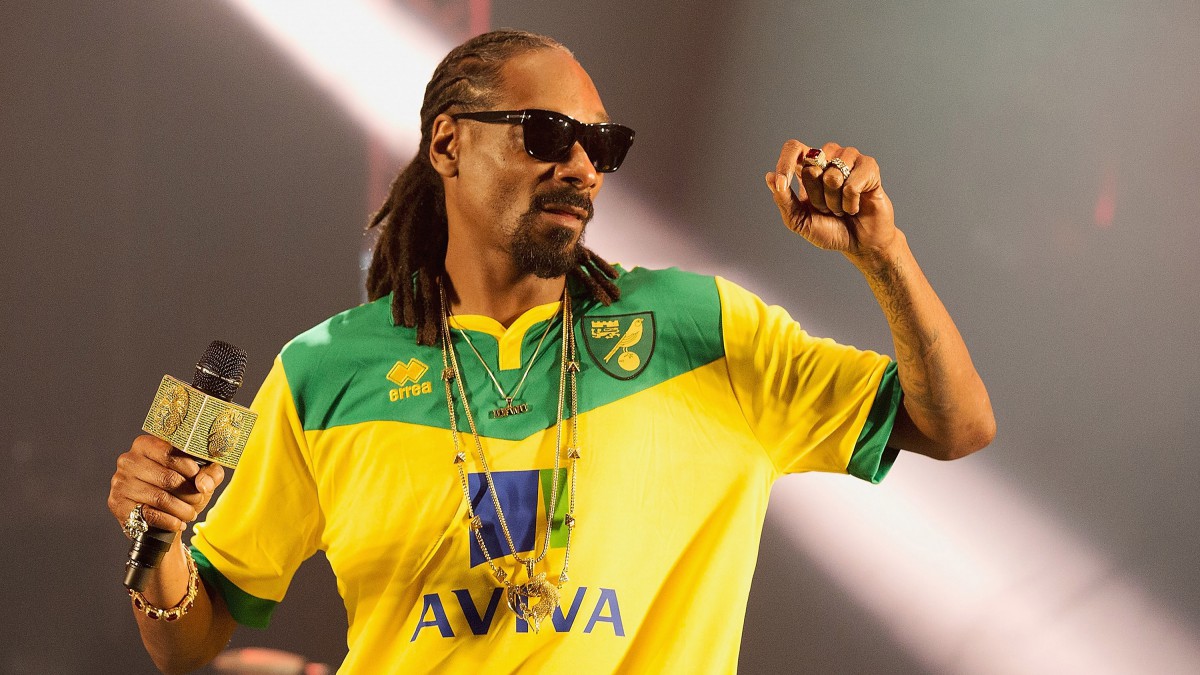 Calvin “Snoop (Doggy) Dogg” Broadus’s discography is a California bildungsroman, the story of a young boy’s journey into manhood. It’s also a trek through his homeland. Snoop has always referenced Long Beach and Los Angeles with extreme specificity.

His 13th album, Bush, is an R&B album in which Snoop leans into his singing voice. The result is eclectic and slinky — but still bumping, mind you — reminiscent of a group that put Long Beach on the map: War’s proto G-Funk paved the way for Snoop’s. With songs like “Why Can’t We Be Friends?” War set lyrics dealing with serious sociopolitical issues like race relations into a laid-back groove that matched the beautiful backdrop. War, which began as a backing group for Eric Burdon of the Animals (!), became a band whose lineup matched its musical ethos: promoting equality through cultural fusion.

Snoop was at first the public face of L.A. gangs and then a vocal proponent of peace, focusing his rage on the structural inequalities that create circumstances like his own childhood. He embraces his own contradictions, exploring how gangbanging shaped his identity for better and worse — it gave him a sense of self and community when he needed it and money when he had none, but it also meant he might die or go to jail without ever having the chance to make music, without ever capitalizing on his true potential. And he looks for the freeway intersections of interest between diverse groups, bringing people together over weed, beautiful cars, and, most of all, music.

I read through all of Snoop Dogg’s lyrics over the long weekend. As a collected work of Americana they sit with Walt Whitman. Snoop’s smoke-filled stream of consciousness has recurring themes,1 and there’s a clear and classic American story arc of rags to riches: The brilliant artist, born into poverty, turns to a life of crime to ascend in financial status, finds another path out through art, becomes a huge star but gets caught up with the wrong people, almost dies, is accused of murder, is acquitted, moves to a suburban neighborhood, and gets accused of selling out.2 Snoop has spent much of his career reckoning with the disparity between his youth and his current life, eventually reaching a Zen master understanding that he can be all things at the same time.3

In the video for his latest single, “California Roll,” Snoop, Pharrell, and Stevie Wonder take listeners on a tour of a futuristic Los Angeles that blends ancient Egypt with modern-day Cali, like Blade Runner was transported through the Stargate. Snoop is a fascinating tour guide of his own personal Southern California history. Let Snoop take you on a funky ride, all around his Southland. 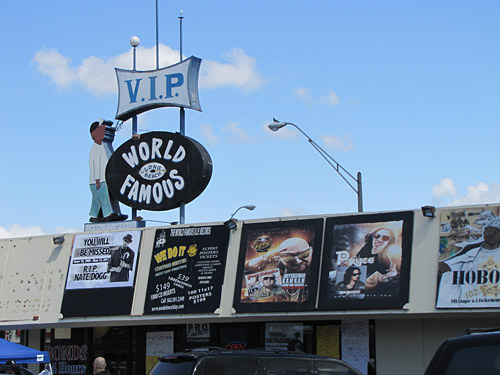 The roof of VIP Records appears in the “Who Am I (What’s My Name)?” video that marked Snoop’s solo debut. Snoop recorded some of his earliest tracks at VIP, which no longer sits in the iconic location but is still open, now located directly on the PCH.4 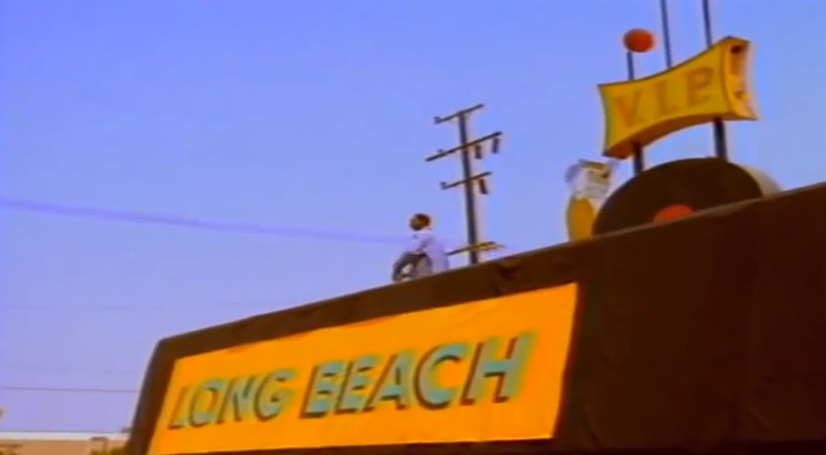 “Giving up game on this tight ass beat / With a small dedication to two-one street.”

21st Street on Long Beach’s Eastside is the territory of the Eastside Long Beach Rollin 20s Crips, the gang Snoop belonged to as a teenager (and claims for life). 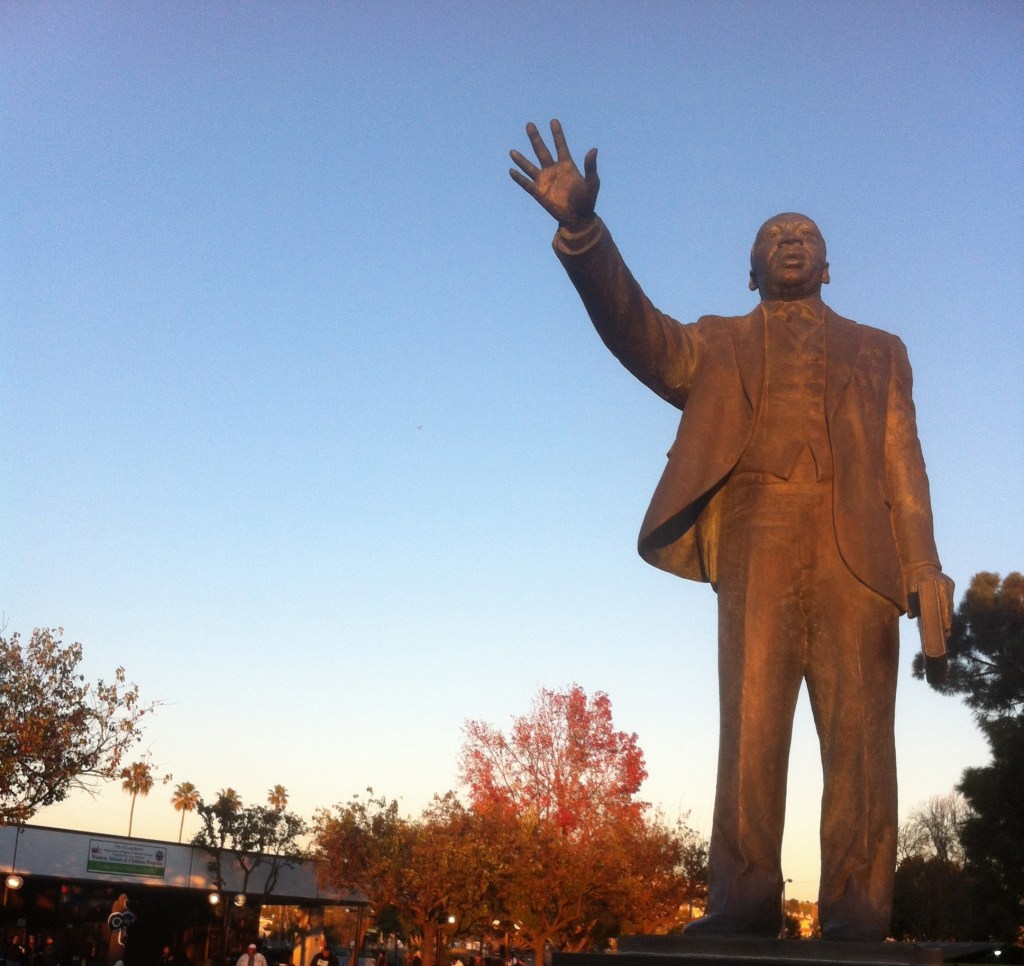 “’Cause the homies had the loop-loop that night at King Park.”

This is another place Snoop hung out as a kid and teenager, selling candy and playing football with childhood friends Nate Dogg and Warren G. 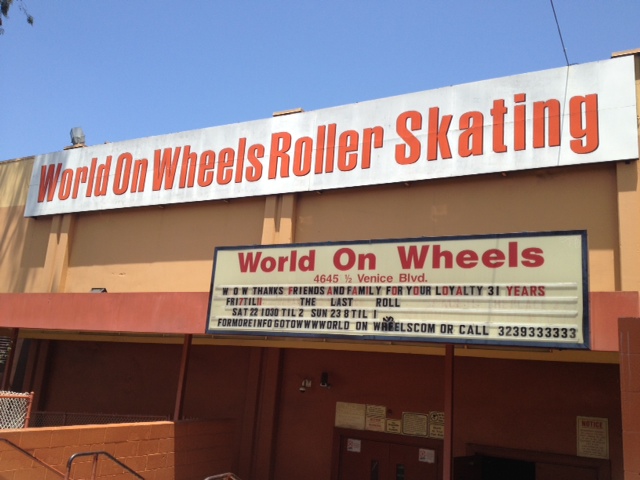 “I take a trip up the World on Wheels and get in a fight.”

This defunct mid-city Los Angeles roller rink was hugely influential on future legendary West Coast artists, providing a soundtrack of slow jams that would fuel G-Funk sampling, and serving as a bridge between the last flames of disco, R&B, funk, and the burgeoning genre of hip-hop. At its peak, World on Wheels drew a diverse crowd of Angelenos and served as a social hot spot, particularly for teenagers to meet and hang out. Roller rinks figure largely in West Coast hip-hop: Dr. Dre became the house DJ at Compton roller rink Skateland U.S.A., and N.W.A’s first performance was held there. 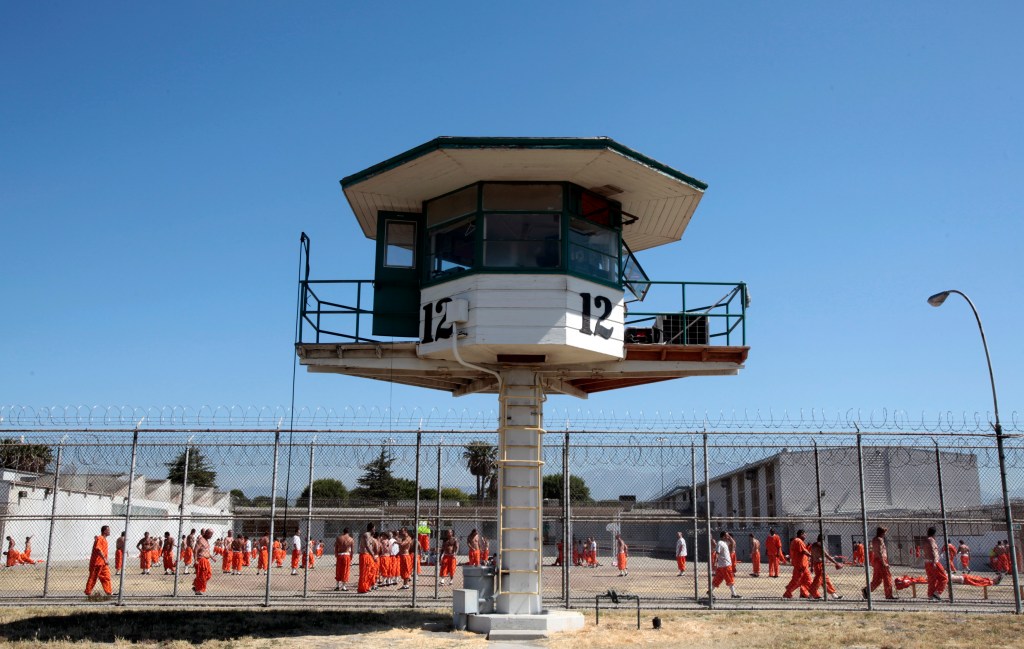 California Institution for Men in Chino

“No more indo, gin and juice I’m on my way to Chino, rolling on the grey goose.”

—“Murder Was the Case”

Chino is shorthand for the California Institution for Men, a male-only prison that was the fourth state prison built in California.5 “Grey goose” is the prison bus that takes future inmates from their bookings to Chino. 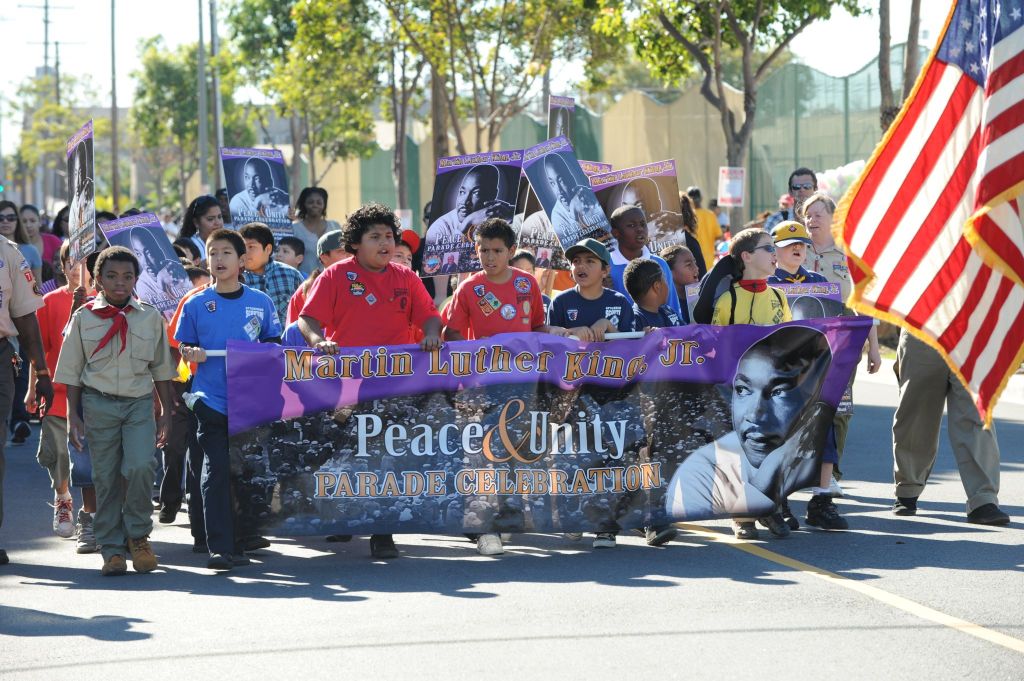 The South Los Angeles thoroughfare named Santa Barbara Avenue was renamed Martin Luther King Jr. Boulevard in 1983. It is now the annual site of the Kingdom Day Parade, put on by a group called Congress of Racial Equality. 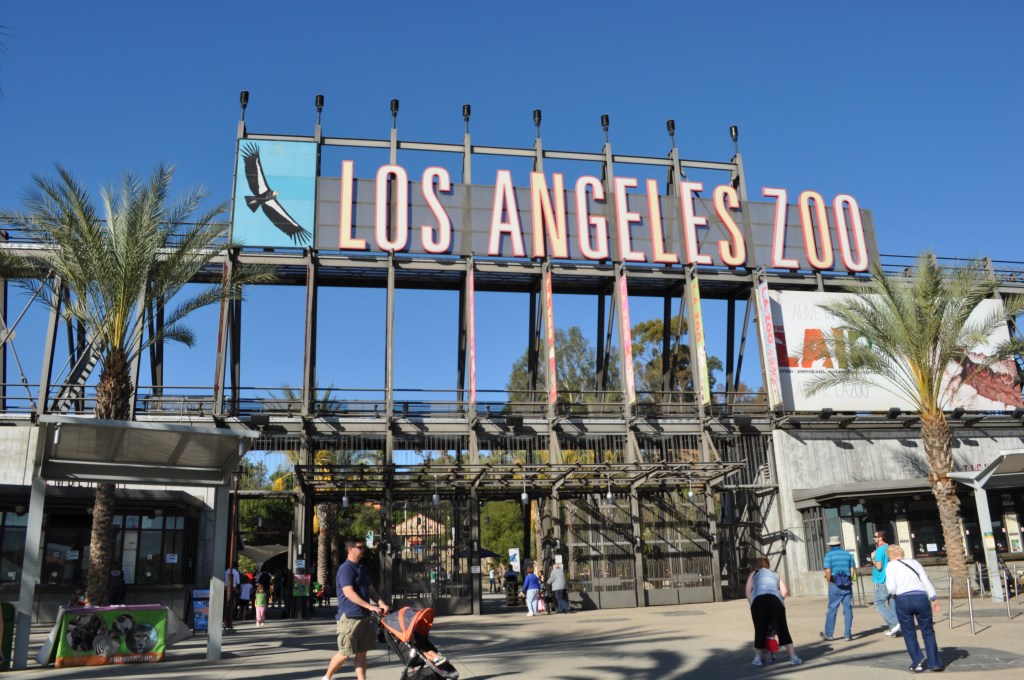 Self-explanatory? And doggs are allowed at the L.A. Zoo if they’re service doggs. 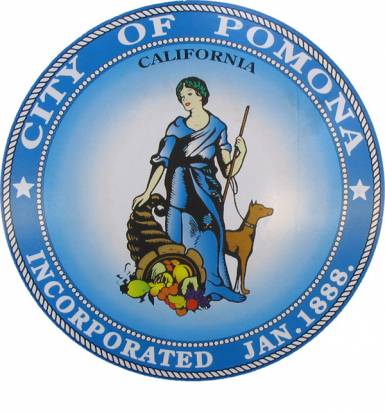 “I’m in Pomona with the Steelers, come and get some.”

Snoop moved his family near Pomona, a city in Los Angeles County nestled between the Inland Empire and the San Gabriel Valley.6 On “2 of Amerikaz Most Wanted,” Snoop bragged, “I’ve got a house out in the hills right next to Chino,” i.e., he could now live comfortably near the prison where a potential bad future once loomed for him. He took flak from critics who said he had sold out the LBC by moving to Diamond Bar, a comfortable middle-class suburb in the Chino Hills. Snoop addressed the topic head-on, saying he wanted to provide the kind of boringly safe suburban existence for his kids that he’d been unable to have (on “Can’t Say Goodbye”: “Yeah I live in the ’burbs, but I think 21st I know since I’ve left that it’s gotten much worse / But I’d still be there if I couldn’t write a verse”). He still frequents Long Beach as the honorary mayor for infinite lifetimes. I can neither prove nor refute the rumor that Snoop owns one McDonald’s franchise in his neighborhood, and that he mandated that it be 25-cent cheeseburger Wednesday every day. (I want it to be true.) 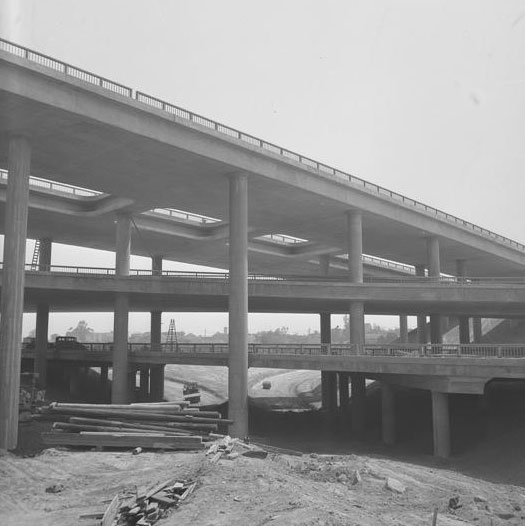 “Swerving on the 110, blowing on some purp / One hand on the steering wheel, the other up her miniskirt.”

Like any Angeleno, what ultimately connects all of Snoop’s worlds are roads, particularly freeways, on which one might dip and glide between one’s various kingdoms. The 110 Interstate, known as the Harbor Freeway, begins in San Pedro, runs through South Central L.A., past Exposition Park and into downtown, connecting to the Arroyo Seco Parkway, which opened in 1940 as the first so-called “freeway” in the Western United States.

Compton (“and Long Beach together, now you know you in trouble”), Polytechnic High School, Hollywood, the Bay Area, Malibu, the Sunset Strip (specifically the House of Blues), Melrose Avenue, downtown “in a loft on Santa Fe,” San Luis Obispo, “this smoker named Sally from the Valley,” Fairfax Avenue, The Lautner House (a.k.a. Jackie Treehorn’s house from The Big Lebowski, where the “Let’s Get Blown” video was also shot), Rodeo Drive, Venice Beach, Pico Boulevard.

‘Do You Like Prince Movies?’ Podcast: Wesley and Alex Catch Up