Should You See It? A Curious Consumer’s Decision-Making Guide to The Hunger Games 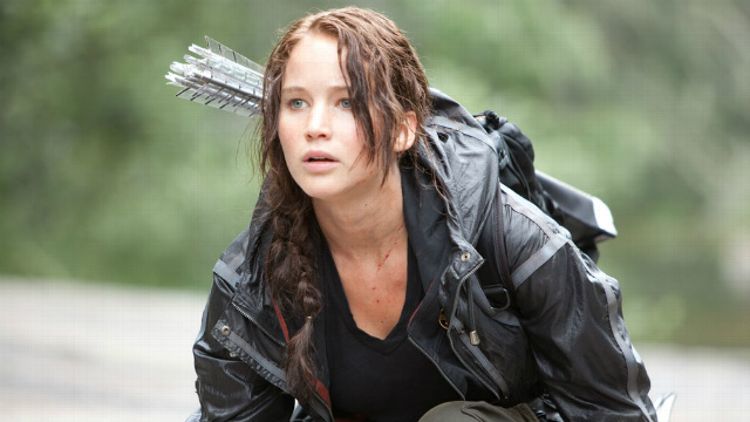 Perhaps not since the publication of Jonathan Swift’s A Modest Proposal has a nation been so abuzz about a popular entertainment satirically advocating the institutionalized murder of children, but with The Hunger Games finally arriving in every multiplex in America today, we can now officially move on from the interminable months of pre-release hysteria to an opening weekend of post-release relief. Tracking indicates the film will likely pull in anywhere from $130 million to $487 trillion dollars in the next three days, so there’s a pretty good statistical chance you’ve already decided to join your friends, neighbors, and junior-high-age babysitters in rushing out to see the movie. But for those who require a little more information before ponying up for a ticket, we’re here to help you determine the wisdom of the expenditure. Read on, secure in the knowledge that by the time you reach the end of this piece, you’ll be fully equipped to make the right decision about the allocation of your weekend entertainment dollars.

Have you read the book(s)?

Don’t be ashamed, you can tell us. And something like 24 million other people have. Well, maybe be ashamed. One hundred million have read the Twilight series. Popularity in no way shame-proofs something. No, wait a minute! Be proud! This is the young-adult book series you’re allowed to admit you like, like Harry Potter! Ugh, it’s exhausting to figure out how to calibrate the shame levels associated with consuming a mass-media phenomenon originally meant for children.

But we digress. If you’ve already invested the four or so hours it requires to digest all three novels, you’re pot-committed to the two hours and 22 minutes running time of the Hunger Games movie, which, we should probably mention, is an incredibly faithful adaptation of the book. So faithful, in fact, that there’s a brief intermission during which a blogger interrupts the movie to say, “Suzanne Collins is OK, but she’s no J.K. Rowling.”

If you liked the books, you will like the movie. They are essentially identical.

Who are we kidding, you’re SEEING IT. You probably ALREADY WENT AT MIDNIGHT.

Have you not read the books, but you like hot teenage vampires?

There are none here! Unless Katniss and Peeta are hiding a very big secret.
DON’T SEE IT.

Speaking of which, are you afraid this is just Twilight all over again?

It’s not. This movie’s a lot more about running and killing and salving suppurating wounds than about the moony three-way glances of a love triangle. They’re saving the love triangle for the next installment.

PROBABLY SAFE TO SEE IT.

Do you love Battle Royale?

You’ll probably just be disappointed. You’re obviously either (a) a fan of Japanese cinema, (b) a serious movie buff, (c) super into the idea of kids slaughtering each other. There’s not much (a) or (b), but a pretty good amount of (c), though in a much less graphic form. You’ll probably just complain that Hollywood (or Suzanne Collins) stole the idea from Battle Royale, only to tragically dilute and sanitize it. Then a wild flock of Mockingjays (do Hunger Games fans actually call themselves that? Let’s assume they do) will poke out your eyes and peck at your liver for disrespecting the franchise.

Do you love The Running Man?

One could make the argument — and maybe we are, maybe we’re not — that The Hunger Games is actually a better movie about a televised gladiatorial contest conducted in a dystopian, totalitarian society. Though Running Man was often startlingly prescient about the future state of American entertainment, THG has the advantage of playing off of more than a decade of actual reality television bloodsport. (The Games really could’ve used some chainsaws, though.)

SEE IT. But BE FOREWARNED that there is a STARTLING LACK OF FUN, SCHWARZENEGGERIAN CATCHPHRASES after each kill.

What’s your tolerance for the (generally not graphic, but still sometimes fairly intense) murder of children in the name of entertainment?

If you’re the type of person who’s going to subject yourself to a lot of hand-wringing and soul-searching about paying $14 to watch a bunch of kids stab, explode, and trackerjack each other in the name of Entertainment, maybe you’re just overthinking it, or maybe you’re just trying to be a responsible consumer/human/citizen of the world.

SKIP IT, you don’t NEED THE HEADACHE.

Do you have children of your own?

At some dark point, possibly following an unpleasant argument over determining the proper Xbox-to-homework ratio in any given night that ended with an “I hate you!” or a “You’re not my real dad, Charles!,” you’ve probably thought to yourself, “You know what? If a government lottery selected my kid to fight to the death on TV, I’d be OK with it. He’s being a real bastard right now. And maybe he’d win and we’d all get to live in Malibu!”

There’s nothing wrong with a little cathartic, filicidal escapism. Your therapist would totally sign off on this.

You’re still overthinking it. It’s just a movie. You don’t have to actually murder your children.

DON’T SEE IT. Take your family to The Lorax again, asshole.

Are you a Jennifer Lawrence fan since Winter’s Bone, but would like to see her in something with 400 percent more murdered children, but 600 percent less meth, while still getting to see her spend a lot of time walking through the woods by herself?

Are you a fan of Laser from The Kids Are All Right, and after he missed out on becoming the next Spider-Man, wish he’d get another shot at a big franchise?

There is so much Laser in this movie!

Are you a fan of elaborate and creative facial hair?

You are in for a real treat, mister!

Ever wanted to see a drunken Woody Harrelson mince around in Keith Urban’s hair?

Have you ever found yourself wishing that Stanley Tucci would raid Tim Burton’s Oompa Loompa wig closet, get some enormous veneers, then act like a slightly more nightmarish version of Andy Cohen from Watch What Happens?

OH YES, by all means, SEE IT. You will be DELIGHTED.

Are you into Lenny Kravitz, except for the singing part?

He’s in this! Imagine Tim Gunn, if he designed couture outfits for teenagers with very short life expectancies, but also used to bone Adriana Lima, Nicole Kidman, and Denise Huxtable.

Plenty of that. Olympic-level, squirrels-nailed-in-the-eyeball-quality shit, yo.

There’s a pretty nice train in this. With a bar car and everything.

And how about a scene involving a half-burnt loaf of bread tossed into a muddy puddle?

Some somber-looking coal miners going down one of those cool shaft elevators?

This is getting pretty granular. We could probably do this all day.