‘She’ll Grow Out of It’: The Lorde Backlash 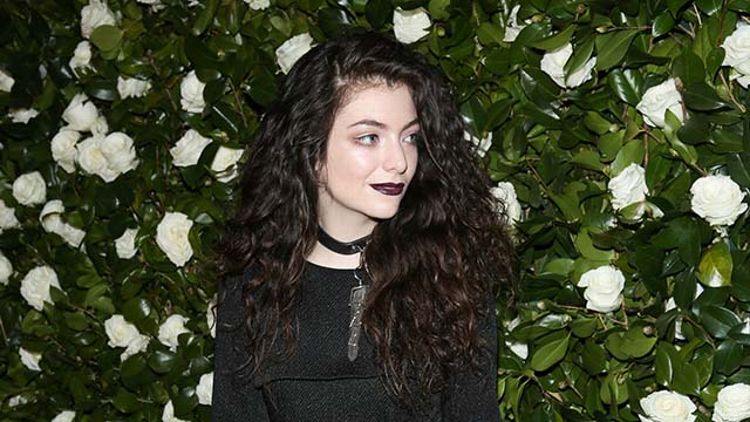 I hate to start this off with a comparison between Lorde and her female contemporaries illustrating why she is so [gasp] different and refreshing and authentic because that’s exactly the kind of rhetoric that is starting to dig her backlash grave among both tweens and contrarian critics. But if nothing else, the one interesting thing about Lorde’s rise to fame over these past few months has been its inverse curve to her pop peers with whom she shares a crowded fall release schedule. Months before their albums have dropped, Lady Gaga (whose long-awaited Artpop debuts tomorrow), Katy Perry, and Miley Cyrus have waged a multi-platform assault on our attention spans, not only in the form of singles and music videos but well-timed controversial comments and publicity stunts that conveniently end up fueling the media machine for weeks while bringing their name further to the front of the pop cultural conversation. But once the album arrives? Radio silence, as if to emphasize the ultimately utilitarian nature of such campaigns. Meanwhile, Lorde dropped her album Pure Heroine on September 27, when her single “Royals” was no. 1 but her profile was still at a simmer, and she has drawn increasingly more attention to herself since then.

Because, you see, Lorde likes to talk. She likes to talk critically about the industry that has helped to lift her up, and about the peers she shares a market (and honestly, very little else) with. A recent in-depth and enlightening profile by Duncan Greive on Faster Louder paints Ella Yelich-O’Connor as a gifted kid with loving parents who host lively debates at the dinner table and made a point of never insulting her intelligence, even at age 2. Everybody grew up with one or two of those kids; maybe you even were one of those kids. Many times they are homeschooled, but sometimes they are unleashed on a public education system, where they bust in, thinking they know everything, only to quickly be made to feel like an outsider by their classmates. They often befriend their teachers before they befriend kids their age, because they never learned that there was any practical difference between the two. The teachers call them “precocious,” which is secretly a synonym for “obnoxious,” because their parents, out of love and respect, never taught them to self-edit.

So it makes total sense that a 17-year-old with that kind of background would tell The Sun, “When I meet a bunch of girls my age, I find that stressful … I feel intimidated by them,” and then go on to claim she identifies with Kanye West (who, perhaps not coincidentally, has also publicly used Taylor Swift as a kind of abstract punching bag). To me the quote gives important nuance to Yelich-O’Connor’s recent volley of sound bites against the work of pop peers like Selena Gomez, Lana Del Rey, and Swift. It’s also kind of a “duh” moment for anyone who’s been following this stuff. Of course Lorde is intimidated by teenage girl culture (all the artists she has called out are in their twenties, but with the possible exception of Del Rey, they are still largely making music for and catering their images to tweens and teens), because teenage girl culture can be SCARY, especially for someone who feels like an outsider; it’s even scarier and more toxic than celebrity culture. Yes, Lorde got her contract at age 12, but she has not been “in showbiz” since age 12. As Greive’s profile reveals, her contract with Universal mostly entailed occasional writing sessions with New Zealand–based songwriters (Yelich-O’Connor had famously never been on a plane until this year), a downright relaxed-seeming four-year process that eventually led to her first EP, a far cry from the Disney boot camp the Selenas and Demis of the world went through. Lorde is like Cady Heron arriving in a Plastics-ruled North Chicago high school, but instead of trying to infiltrate Regina George’s inner sanctum, she’s chilling in Janis Ian’s basement and talking shit about the whole school. Which, let’s be honest, is what Cady Heron would actually do if Mean Girls were real. The thing is, neither activity is particularly productive, but one leads to amusing shots at ridiculous people like David Guetta, so that’s something.

Before you get mad about me comparing the perfectly nice-seeming Swift and Gomez to the Plastics, I’ll remind you that (a) Lorde’s Selena quote led to this absolutely deranged and cliquish response from Joe Jonas, and (b) that one of Mean Girls’s more important lessons was that everyone is ultimately a sympathetic human, even the most domineering high school bitch. Tina Fey knew that when she wrote her screenplay, but most actual 16-year-olds are too deep in the shit to realize it. The more you grow up, though, the more you realize that everyone is just out there trying to get their own in their own way, whether that means dressing up in princess dresses and writing embarrassing vindictive breakup songs or twerking at the VMAs. This doesn’t mean you have to eventually like everyone; it just means you learn to live and let live with a little more grace.

And that’s where all the Lorde backlash starts to give me pause. By criticizing Lorde for not being unquestioningly supportive of her fellow pop females, there’s an underlying message that if you are a woman you have a responsibility to like all women solely by virtue of them being women. There’s a creepy sisterhood mentality to all this, which in no way reflects how things work out in reality, but is still something a lot of girls are fed from a young age. I remember being 10 and loving The Baby-Sitters Club and the BFF lifestyle it espoused, and then being disillusioned when I actually got to junior high and we girls weren’t all exchanging friendship bracelets and braiding each other’s hair at lunch. Some girls get to be part of the Love Club, but many more do not. And the girls who do not also need their pop idols. At that time those girls turned to Fiona Apple and Tori Amos for solace, or anyone who could justify our suspicions that “this world” — whether it was teen girl culture or the record industry — “is bullshit.” Now, I imagine they’re turning to Lorde.

The common reaction to Lorde’s lack of filter is something along the lines of “she’ll grow out of it,” but then we all turn around and applaud the audacity of 26-year-old Kendrick Lamar’s “Control” verse. Courtesy, politeness, and grace all have their place in a budding celebrity’s toolbox, but they’re also cornerstones of debutante culture, not qualities we hold male artists to with nearly the same level of attention. Ella, in case nobody else has told you yet: Sometimes it’s OK not to like other girls. In fact, it is your right as a girl not to. I’m confident you will find it less necessary to be so vocal about it as you get older, and I’m certain you will find plenty of women your age you admire as your career progresses. In the meantime, try to ignore us grown adults attempting to have debates about feminism with your sound bites. We’ll grow out of it, I promise.