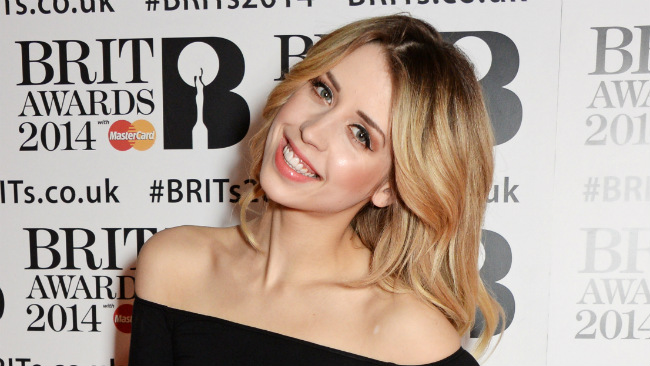 British TV personality Peaches Geldof died this week. She was found at her home in Kent, England, after police were called because of “a report of concern for the welfare of a woman.” She was 25 and survived by her husband, Thomas Cohen from S.C.U.M., and her two sons, ages 1 and 2. Her father is Bob Geldof, Live Aid organizer/rock-and-roll person, and her mother was Paula Yates, a TV presenter who died in 2000 from a heroin overdose. The extended Geldof crew — which included Peaches’s stepfather, Michael Hutchence of INXS, before he died in 1997, socialite sister Pixie Geldof, and half sister Tiger Lily Hutchence — has been mentioned in the same sentence as “tragedy” innumerable times, as if they were the entertainment-world version of the Kennedys. Thus far, the circumstances of her death are still murky. An autopsy conducted this week was inconclusive, but ruled out foul play. The next tidal wave of coverage likely will come when the toxicology report is released in a few weeks. In the mean time, expect speculation about Peaches’s Scientology connections and alarming weight loss to dominate the conversation.

In 2010, photos surfaced in a Reddit thread of “WTF one-night stand stories.” The story alleges that Peaches went on a heroin bender with a stranger and woke up at the Scientology Celebrity Centre the next morning. While Reddit stories like these are questionable at best, the photos are convincing, and the Scientology aspect is supported by her own admission back then that she was a member of the church. More recently, Peaches had moved from London to Kent and seemingly retired to a quieter life apart from the scene that keeps British tabloids alive. According to her new column in Mother & Baby magazine, she was just happy to be a mom.

Great news for people with $60 million to spare. Celine Dion is selling her house on Florida’s Jupiter Island. It has 13 bedrooms, but most important, it also has a PRIVATE WATER PARK. Quoth the official listing, the home features “two connecting pools at the front with a most unique water park feature to be enjoyed by children and adults alike.” All this place is missing is a mini re-creation of the Titanic so you can act out being the king of the world.

Throughout her reign, which began back in 2006 with “Tim McGraw,” Taylor Swift has also seemed shrewd. It’s pop legend that she asked her parents to move from Pennsylvania to Nashville to get her career going. Her business acumen has gained her a legion of fans and some vocal haters. Now, it seems, the very parents who enabled her career in the first place may be submarining it. Page Six reports that they are “difficult and controlling stage parents.” Over the last few months, Taylor’s publicist of almost seven years, her business managers, and a few “senior staff members” at their management company have all decamped. Her parents have separated, but they remain a problematic business unit. The T-Swift heads should be concerned. The New York Post detailed how Lady Gaga’s inner circle quit on her in the period between Born This Way and ARTPOP, which led to the disappointment that was that latest album. If Taylor Swift can own homes in Nashville, Rhode Island, New York, and Los Angeles, can’t she free herself from her parents? Let’s just hope whoever set her up with Harry Styles for their short-lived relationship is still part of the team.

Quitter of the Week: Daniel Craig

A new Daniel Craig/Renée Zellweger movie was scheduled to begin filming in Boston next week, but now it’s just a Renée Zellweger movie. Craig had been publicly attached to The Whole Truth, which was announced at the Berlin International Film Festival back in February. Maybe Craig will take on new jobs only if his wife, Rachel Weisz, is involved, too, or maybe he realized later he was too good for Renée Zellweger now. He’s still James Bond, after all, and there’s another one of those coming soon (2015). He and Weisz starred in a Broadway play, Betrayal, in late 2013. The play grossed $17.5 million in 14 weeks, which is very good for Broadway, apparently.

Emotional Relapse of the Week: Selena Gomez and the Biebs

Speaking of Taylor Swift, her former (current?) best friend Selena Gomez is regressing. It appears Gomez is dating Justin Bieber again, as much as two world-famous young pop stars can engage in a serious relationship. Justin has been working out of a Miami recording studio, and Selena stopped by Tuesday night. TMZ has video of Selena walking in and says she looks “shaky” and “unsteady.” Whatever the implications may be, I think I might be off-balance, too, if I needed escorts when I went to visit my boyfriend. The most jarring aspect of the video is how many people are necessary to get Selena Gomez inside. When still photographs of mega-celebrities and tabloid targets emerge, the accompanying staff (and nannies) are generally cropped out. Next time Bieber gets arrested or Selena goes to rehab, remember how many people are part of their respective endeavors.

Most Surprising Celebrity Net Worth of the Week: Mickey Rooney

On Tuesday, Wesley Morris wrote in his obituary of Mickey Rooney that Rooney’s “non-movie life was tabloid grist.” His non-movie posthumous life is turning out to be more of the same. He left behind just $18,000 in assets and a slew of bitter fights, which included Rooney testifying before Congress about elder abuse. The same year, Rooney’s lawyer, and now executor of his will, filed a complaint alleging that one of Rooney’s stepsons “‘threaten[ed], intimidat[ed], bulli[ed] and harass[ed] Mickey’ and refused to reveal Rooney’s finances to [that stepson], ‘other than to tell him that [Mickey was] broke.’” If Rooney knew he was broke, why is anyone surprised by the back taxes? More important, where did all the money go?

"Hancock signed Dec. of Independence NOT Constitution. Yet another Mike fuck-up. Dummy." -- Julia Louis-Dreyfus explains the errant John Hancock on her Constitutional back-tattoo.