Seth MacFarlane’s Sitcom Dads Is Already Bumming Everyone Out 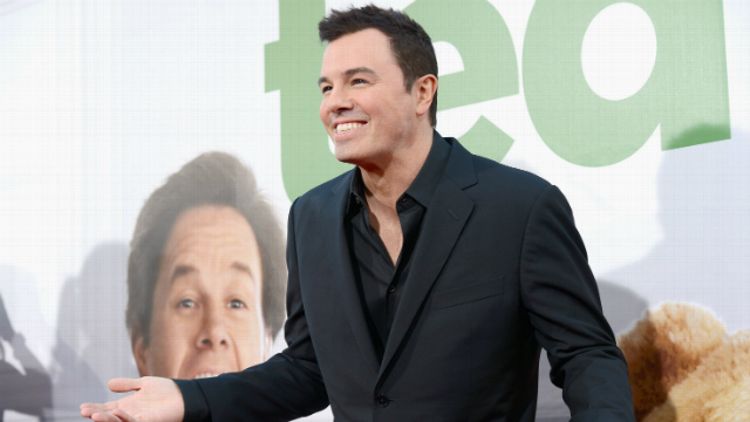 Dads, the Seth MacFarlane–produced sitcom airing on Fox this fall, had its panel at the Television Critics Association press tour on Thursday, and the proceedings went exactly as you’d expect. Before even so much as a pilot has aired, the cast — fronted by Giovanni Ribisi and Seth Green, playing business partners dealing with the return of their fathers into their lives — and the writers — Wellesley Wild and Alec Sulkin, who come from Family Guy and also did Ted with MacFarlane — were defending the show from accusations of laziness, crudeness, and, that old standard, the mining of stereotypes for cheap laughs. Hey, 2 Broke Girls: It looks like you’re no longer America’s no. 1 racist punching bag!

As IGN reports, Fox chairman Kevin Reilly was out in front on Dads, really trying to sell a devil-may-care “I hate this thing too” attitude:

Here’s a thing about Dads that I really ask you to put in context. That’s a pilot. You know the lineage of these writers. … They are the best writers. They are the next generation comedy writers and some of the most sought-after comedy writers in Hollywood. Ted was not an accident. It was not a fluke. Family Guy is not an accident or a fluke. These guys are going to try to test a lot of boundaries. They are going to try to be equal-opportunity offenders. Do I think all the jokes right now are in calibration in the pilot? I don’t. But I can tell you right now, I have never seen a comedy in which all the jokes are in calibration. That’s the nature of comedy. And we have an excellent cast. And I’ll also tell you that in sitcoms, in particular, I think these things tend to stand out a little bit more.

Reilly then read off a bunch of really lacerating reviews — that turned out to be of The Big Bang Theory, before it grew into the huge smash we all know and love today. And, boom, minds blown all over the TCA conference-room carpets.

As for the actual content creators, they mostly stuck to that same line, basically promising that the pilot — which, according to IGN, has “obvious jokes aimed at Asians and Latinas, among other targets, and one sequence involv[ing] Brenda Song’s character, who works for Green and Ribisi, dressing up, at her bosses orders, in a provocative Sailor Moon outfit in order to land a potential client” — wasn’t representative of what’s coming down the pipeline. They promised they weren’t interested in offensiveness for offensiveness’s sake, and that they were more interested in the stories between the fathers and the sons. The various voices on hand also explained it by saying, “The genius of this show is taking really edgy humor and trying to integrate it into family television” and calling it “the racist canary in the coal mine.” And then, this:

Seth Green defended Dads, remarking, “I think that we’ve become a really careful culture” and saying, “Historically, television has been a provocative medium” … He brought up shows like All in the Family and The Jeffersons as examining race relations or other hot button issues, that allowed “Characters to have those conversations in a way normal people won’t.”

Nope. Noooo. No no no. As a conscientious consumer, I will do my best to take you at face value and give Dads a chance to grow beyond what is apparently a boring, racist pilot. In return, you do not get to defend your lazy Sailor Moon jokes by way of All in the Family. Nope. Uh-uh. No way.