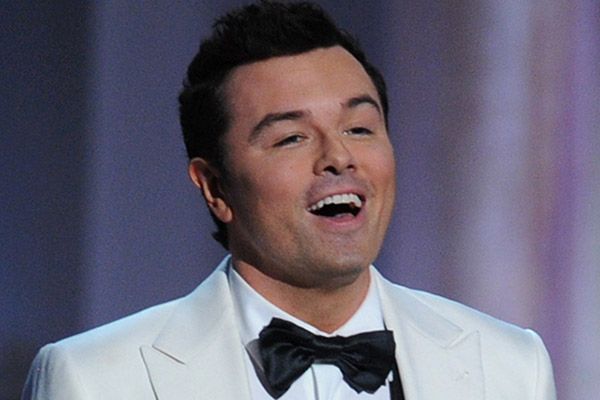 One day into Seth MacFarlane Oscar Hostpocalypse and tensions are — well, tensions are existent, if not necessarily high. Surely, more shrieking criticism will come as more info is announced, but after the shock of yesterday’s announcement, there hasn’t been much more to get riled up about.

MacFarlane did make his first comments since officially getting the gig. As could be expected this early on, he didn’t have many particulars to share, but is “ecstatic” and “very, very pleasantly surprised.” The most notable bits (and we use the term lightly here), as far as knowing what’s actually going to happen on Oscar night:

“It’s the Oscars, so you always want a musical component and you want an injection of comedy and so I think it will be a mix of many elements.” There’ll be jokes! Or, at least, “jokes.” As for his dirty stuff: “I think it’s important to adapt to the production at hand. I wouldn’t do the show the same way I would do a roast and vice versa. The trick is really going to be to make it as funny as I can and true to what I do but at the same time respectfully adapting the tone for this event, which is a very different event than I have been a part of in the past. What that tone is has yet to be determined, but it is something I am going to keep a watchful eye on.”

Meanwhile, producer Craig Zadan adds, “We are talking about writers that we admire or are excited about, that we want to work with. There are writers that Seth works with that he’s excited about. When we put the writers list together, I am sure it will be a conglomeration of people we all want, but it is hard to say since Seth has had the job for exactly one day.” So, yes, this might be a true Family Guy affair.

You know who had a bit more to say about the proceedings? The refreshingly candid Jack Black. Here he is speaking with Vulture at a Bernie award-season event:

What do you think of Seth MacFarlane hosting the Oscars?
Where did I see him? I saw him on Saturday Night Live. I thought he was serviceable. It might get tiring if he keeps on doing the voices from Family Guy. He might give that a rest. But I think he has legit comedy chops. The way you asked that question seems to suggest you are not a fan of his.

No, I was just trying to ask it provocatively.
Well, I should be against him. I should say he is going to fuck it up because he made fun of me one time on his show, and it made me really mad.

On what show? Where did he make fun of you?
I don’t remember exactly, but it was basically pigeonholing who I am as saying that I am just a guy that relies on being really loud.

But this film proves otherwise, right?
Yeah, fuck him.

In the interest of fairness, not all of the response from the Hollywood community was quite as spiteful. Aaron Paul, for one, tweeted his support: “@SethMacFarlane is hosting the Oscars people. I hope the Peter vs Chicken fight continues during the ceremony. Please make that happen Seth.” Yes, Jesse Pinkman likes Family Guy. Deal with it, snobs.

OK! That about catches us up for today. Stay tuned for more Grantland coverage of the Seth MacFarlane Oscar Hostpocalypse.

Every Drink From Mad Men in Under Five Minutes, Which in Theory Doesn't Seem Like Enough Time to Show Them All, But Here We Are