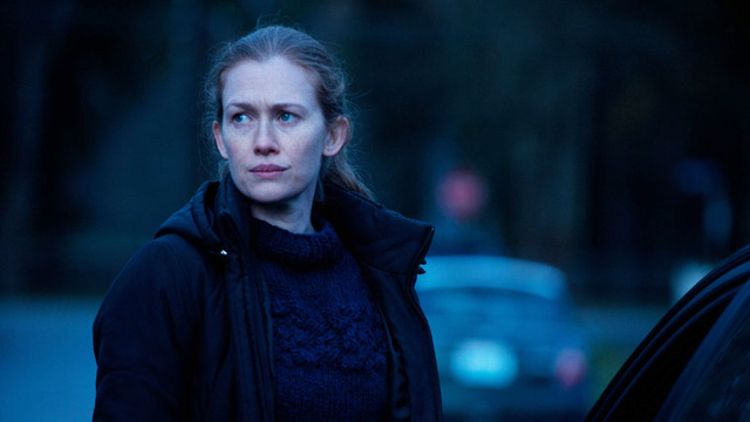 They finally did it.

They finally — finally! — managed to kill The Killing. It is gone. It will not, as it has somehow managed in the past, rip through its duct tape bonds, pull the knife out of its back, and jimmy open the car trunk from the inside so that it may swim back to the shore, gasping for sweet breath the whole time. It will not seek its revenge. Look:

“We have made the difficult decision not to move forward with a fourth season of The Killing,” said AMC in a statement late yesterday.

“Hello? Hello? Anyone still paying attention? Remember The Killing? The one you all complained about dragging out the murder for two whole seasons, that we then canceled because we’re not TOTALLY insane, but then inexplicably brought back when we looked at the schedule and figured out we need to put something there? That one? With the wet detectives? Come on, you know what we’re talking about!” AMC did not say in a statement late yesterday, though we imagine that was included in an earlier draft, because even publicists know how weird that whole situation was. You cancel a show, it stays canceled, like, 99 percent of the time. It’s just the way the world works. The world is a cold and unfeeling place.

Anyway: You’re safe now. We’re all safe now. No florid requiems this time. The Killing can’t hurt us any longer, even though a lot of people said it was a little better last season and most of us never saw Peter Sarsgaard’s generally very well-received performance. And don’t worry about Mireille Enos and Joel Kinnaman, they’ll be fine. Enos was in surprise giant hit World War Z and Kinamman’s RoboCop looks great! And his agents worked out a way where you get to see his whole face! Check it out!

To reiterate: The Killing, gone. Unless it winds up on Amazon or something. You never know.

Filed Under: Joel Kinnaman, The Killing