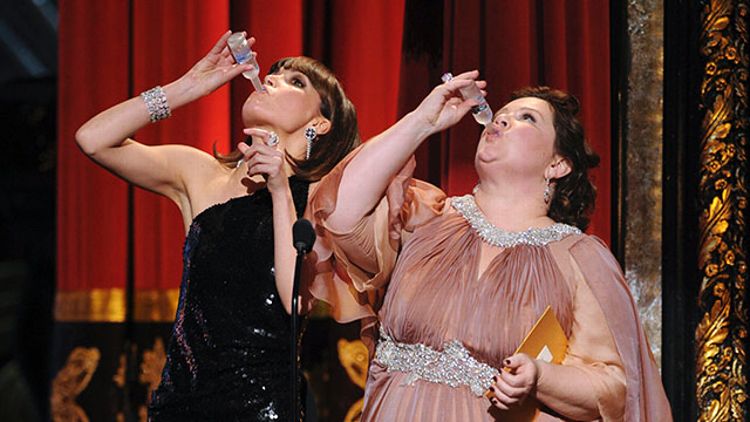 On Friday it was announced that Rose Byrne is in talks to reunite with Bridesmaids director Paul Feig and star Melissa McCarthy on Susan Cooper, a female-centric action comedy and potential franchise in the vein of Feig and McCarthy’s summer hit The Heat. The Wrap describes the new project, which was first announced this summer, as “a realistic comedy about a female James Bond-type.” While that may sound like a contradictory premise, it also sounds … awesome. Everyone theoretically wants a female James Bond movie; nobody ever seems to know how to do it successfully. Feig’s comedic approach may be just different enough to work; Bond films have historically been barely serious anyway. Byrne has not officially signed on to Cooper yet, but given Feig and McCarthy’s killer track record as of late, it seems like a no-brainer. She can get those horror and B-movie leads in her sleep, but it’s when she puts her comedic skills to work that she really shines.

When The Heat unexpectedly clobbered the Channing Tatum/Jamie Foxx action bro-fest White House Down at the box office this summer, its seemed as good a teachable moment as any that if you’ve got two appealing stars and a good premise, it doesn’t matter what configuration of chromosomes they’re packing — audiences will happily part with their money to see the film. We root for movies to succeed not just so that our favorite filmmakers and actors can receive bushels of money and accolades, but to send a message to the notoriously unimaginative powers that be in Hollywood in the only language they seem to speak, and thus ideally open up new, viable routes for success. The one-two punch of Bridesmaids and The Heat was our vote of confidence both in Feig and in female-led comedies, and Susan Cooper is poised to take full advantage of Feig’s current free pass.

Plus, when was the last time we heard about a franchise in development that wasn’t a reboot or based on a YA novel or comic book? While Universal is probably still sore that Kristen Wiig has effectively shot down the possibility of a Bridesmaids sequel (and it’s probably for the best), it says a lot that 20th Century Fox is willing to start from scratch with Feig and back an original idea purely on the strength of its stars and writer, not in spite of its lack of a male lead but because of it. Relatively speaking, it takes way more power to make that happen than to get a fifth Transformers sequel green-lit. It’s great that Feig and the funny women he works with are on such a roll; I’m still waiting for the studio heads to expand their bankability parameters to include other filmmakers (maybe even a female filmmaker — gasp!) with a similar sensibility. By all means, Hollywood, put your chips on Paul Feig; he’s earned them. But save some for the equally funny and viable voices you have yet to discover.