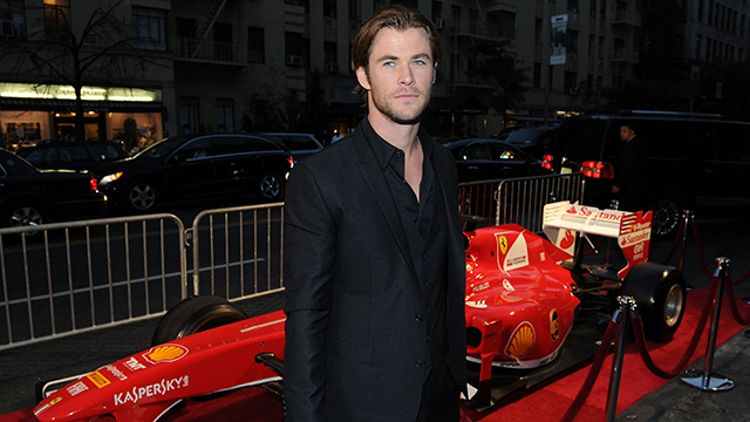 Anything with a title featuring half of every kid’s favorite meal is gonna be hard to beat at the box office. Even if Cloudy With a Chance of Meatballs 2 had dropped out of the sky like a rain of Bill Hader–voiced food puns, with no first-movie precedent, it would’ve won the weekend. Despite earning $35 million compared to the massive summer debuts of Despicable Me 2 ($83.5 million) and Monsters University ($82.4 million), Cloudy was September’s fourth-highest opening of all time, dusting Ron Howard’s well-received Formula One flick, Rush, by a factor of three.

Rush took $10.3 million in its first week in wide release, also losing out to Hugh Jackman and Jake Gyllenhaal’s Prisoners, which grabbed $11 million after winning the box office last weekend. Deadline says “the curse of car racing pics lives on.” I didn’t even know that curse was going around — clearly it veered around anything containing the words Fast and/or Furious. Deadline goes on to guess the movie will do better overseas and that Howard deserves to pursue his passion projects at this point, which is hard to disagree with if you’ve seen Season 4 of Ar(on Howard)rested Development. The anemic opening also casts doubt on Chris Hemsworth’s supposed impending movie stardom. Should’ve pummeled your little bro and taken the big Hunger Games role.

So that was the top three: Cloudy, Prisoners, Rush. Fourth place went to the Paula Patton–starring Baggage Claim with $9.2 million, and Joseph Gordon-Levitt’s writing-and-directing-and-starring-and-porn-watching debut, Don Jon, nabbed fifth with $8.8 million. One final, metal note: Metallica documentary Through the Never debuted in 13th place. As James Hetfield would say: HEYYYYAAUUUUGHHHHHAAA!