Roger Ebert and Russ Meyer’s Beyond the Valley of the Dolls: An Appreciation 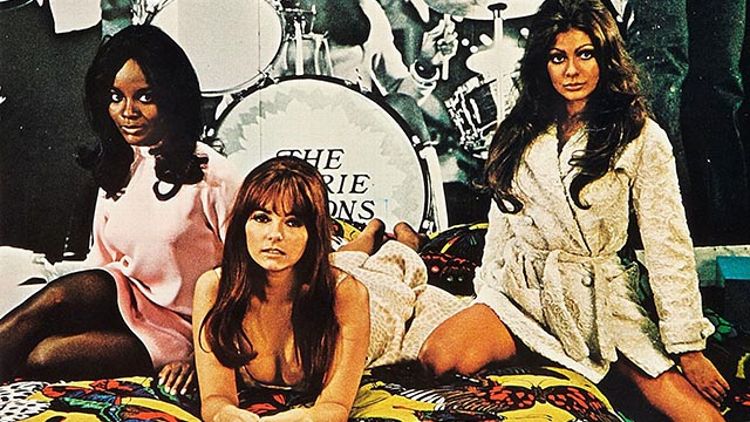 Roger Ebert, who died yesterday at 70, had been reviewing movies at the Chicago Sun-Times for just three years when he first collaborated in 1970 with the honorary mayor of Rack City, director Russ Meyer. Ebert had something important in common with Meyer: a complete lack of snobbishness. Both men were interested in lucid entertainment, total absorption, titillation that feels life-affirming rather than shameful. Their first film, Beyond the Valley of the Dolls, which Ebert cowrote, was a pseudosequel to 1967’s campy melodrama Valley of the Dolls, green-lit by Fox as a gesture toward courting the counterculture audience after Columbia Pictures’ low-budget Easy Rider turned a huge profit. BVD is a parody of melodrama and simultaneously a very successful execution of it. It depicts a band called the Carrie Nations, consisting of three beautiful hippie chicks, as they make it in the Los Angeles music scene but lose their souls. The classic story of a show-business rise-and-fall is played as absurd burlesque.

Ebert cowrote with Meyer three times in total, scripting Beyond the Valley of the Dolls, Up! (as Reinhold Timme), and Beneath the Valley of the Ultra-Vixens (as R. Hyde). I rented Up! in college from a video store and watched it on a shared living-room TV. When my roommates asked if it was porn, I couldn’t much argue that it wasn’t since there’s lots of nudity — but it isn’t arousing at all. Up! is full of scenes involving a Hitler impersonator getting whipped in assless chaps, alternated with busty women getting felt up by strapping men in sunny meadows. It certainly isn’t uninteresting. It’s a good prank that it must get rented by some unfortunate Pixar-seeking parents now and then.

Up! and Beneath the Valley of the Ultra-Vixens were more blatantly pornographic than previous Meyer films. Beyond the Valley of the Dolls is a conventional narrative movie, but even within those pliable boundaries, it’s endlessly weird. Meyer retired rich just when hard-core pornography was replacing the soft-core nudie film market. He’d dominated the field for nearly two decades with low-budget, high-grossing hits like the mockumentary Mondo Topless, sexploitation comedies like Vixen! and Mudhoney, and the classic Faster, Pussycat! Kill! Kill!, a girl-gang, desert-car-chase movie in black-and-white that made star Tura Satana a bad-girl icon.

A family friend gave me a VHS of Beyond the Valley of the Dolls when I was in high school, assuring me that it would become my favorite movie, which, of course, it did. It’s a girl-gang movie, too, although the gang here is a band. It’s a postmodern satire about a countercultural movement that had already been co-opted and mined for bread. Antagonist Ronnie “Z-Man” Barzell, a magnetic and androgynous young record producer, was inspired by Phil Spector; incidentally, Spector ended up following a trajectory similar to Z-Man’s. The film was rewritten during production to exploit interest in the Manson family murders, particularly since Sharon Tate had starred in the original Valley of the Dolls.

BVD is funny and creepy, and the dialogue is to die for. It’s sexy — at least sexier than Up! — and silly, fun to listen to and look at, with a catchy soundtrack and gorgeous candy-colored style. It’s a snapshot of the time period, but also a total invention of what an art department can do for a film. Mike Myers took Z-Man’s catchphrase, “It’s my happening, baby, and it freaks me out!” for Austin Powers, and you have to hope Ebert got paid.

[Clip below is briefly NSFW.]

Here Is a Mad Men Supercut of Roger Sterling Being Amazing

Songs of the Week: With Special Guests ItsTheReal