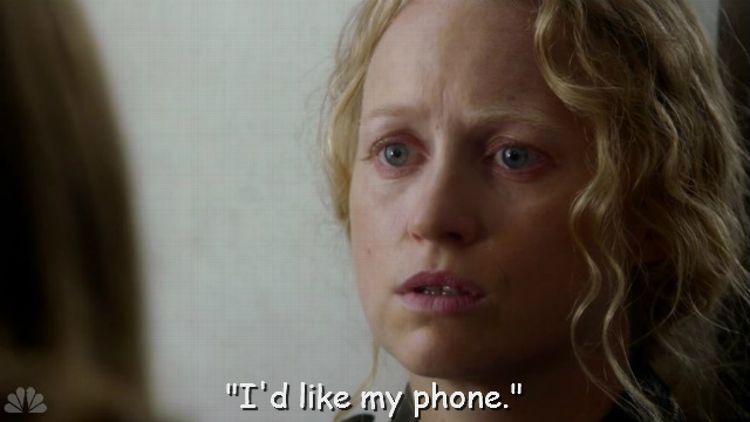 In the interest of spoiler avoidance, this week’s One-Image Recap will follow after the jump. We couldn’t live with ourselves if someone drew a picture of the post, brought it out to the cave where Revolution‘s hard-core, off-the-grid fans congregate, and showed it to them before their designated recapper could pantomime the entire episode. We don’t need a carrier pigeon delivering an animal hide to the office with SPOILER ALERT, ASSHOLE! written on it in bear feces. (They have a pet bear named Tesla.) Not again. 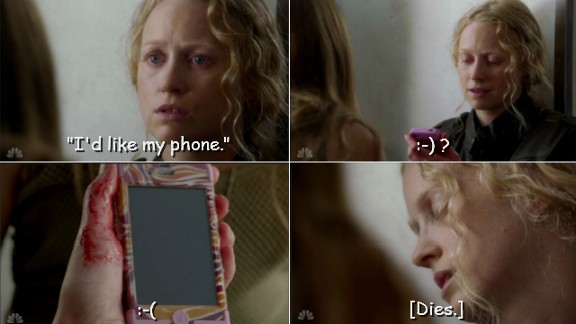 R.I.P., Maggie. She never got to three-star that final round of Angry Birds Space. A gut-wrenching end to an ultimately wasted, tragically unfulfilled life.

If Maggie’s demise weren’t proof enough, this power-free future really is hell. Some feral dogs ate a deer! Kids step on nails and die! There are fucking candles everywhere! It won’t be long before the Google guy with the beard confronts this dark existential truth, climbs into the tub that holds their precious drinking water, and activates the Bullshit Magical Electricity Medallion, transporting himself to an afterlife where he can blissfully query the celestial search engine for eternity. Or, you know, just flick a light switch on and off a billion times. The perks of Salvation can take many forms. 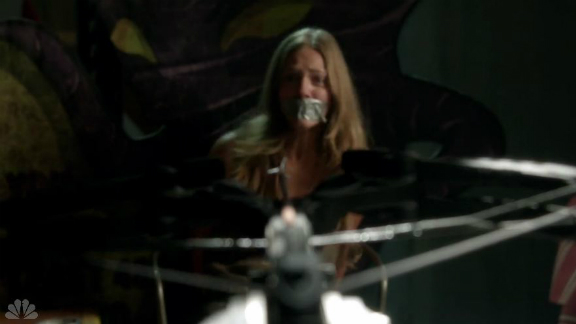 No contest. Though it seemed an unforgivable design flaw in Angry Widower Jigsaw’s crossbow death machine that a panicking Charlie could avoid a fatal arrow by, like, tilting her head to the side. 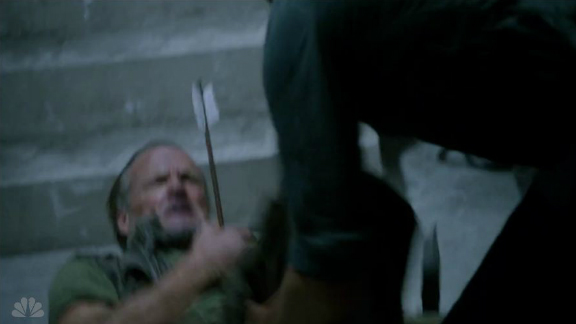 It was a fitting punishment for botching the crossbow trap. How hard is it to rig a crossbow to kill someone tied to a chair? Not very hard at all. Aim for the heart, dummy. There’s a lesson to be learned from the arrow lodged in your chest.