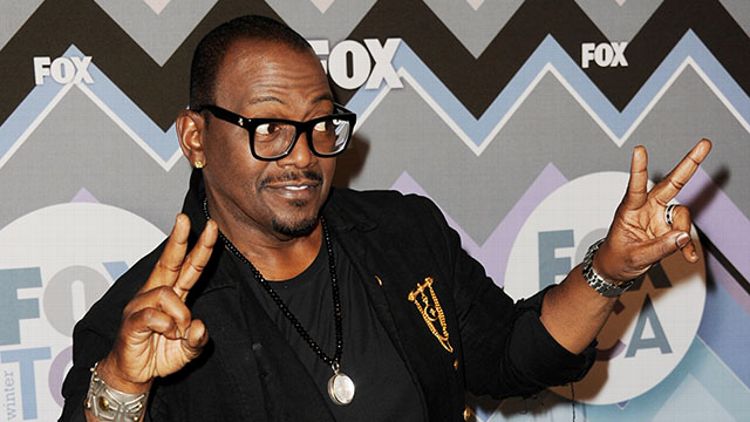 “Yo! Yo! Yo! To put all of the speculation to the [sic] rest, after 12 years of judging on American Idol I have decided it is time to leave after this season. I am very proud of how we forever changed television and the music industry. It’s been a life changing opportunity but I am looking forward to focusing on my company Dream Merchant 21 and other business ventures.” —Randy Jackson to E! last night.

And with those words, delivered a few hours before last night’s American Idol results show, Randy Jackson, indefatigable stalwart of all 12 seasons, tendered his resignation.

Randy Jackson is no longer in it to win it.

And so we tuned in to the dreaded results show, usually the most fast-forwardable hour in prime time with its endless procession of you-stand-over-heres and you-sit-over-theres and obligatory alumni performances, to see what The Dawg might have to say about his big life choice, to see how the producers would handle the news.

And this is what they came up with, apparently on very short notice:

“A little later on, we’ll be revealing who is leaving our show,” said Ryan Seacrest, coyly, striding behind Randy’s chair and attempting to give it a spin, but offering insufficient force to rotate the tender hulk squatting there more than an inch.

“Maybe a heads-up?” offered Seacrest, with a slight bitter tinge to his entreaty. It would seem no heads-up was given prior to the official triple-Yo! proffered to E!.

Then Seacrest threw to a disastrous group number that began with the tinny feedback of malfunctioning microphones, and the Randy Situation was allowed to drop. Those of us who knew what was going on got the message. Those of us who hadn’t heard the news probably didn’t.

And so it ended with a whimper, not a bang (Simon got the bang when he jumped ship three years ago, right onto a garbage barge of his own design). A shrug, not a fist-bump. A proud warrior falling on his sword before he could be run through, jumping before he could be pushed. If the rumors are to be believed, soon the other three judges and Nigel Lythgoe, whom Fox will giddily take up on his offer to pry Motown Week from his cold, dead hands, will follow him out the door, and the show will slap slabs of fresh meat onto the judges’ butcher table next January.

But Randy got out first. He wasn’t going to walk the plank with the rookies. He’s earned his own farewell montage next week, inevitably set to “Don’t Stop Believin’,” if the show can still afford it. He doesn’t have to share that final moment in the spotlight with The Sleepy Diva, The Psychedelic Chauffeur, the Tenderest Country Lover.

He’ll offer that last hug to Seacrest, drop the cardigan, and wander offstage into the night.

Was it his time?