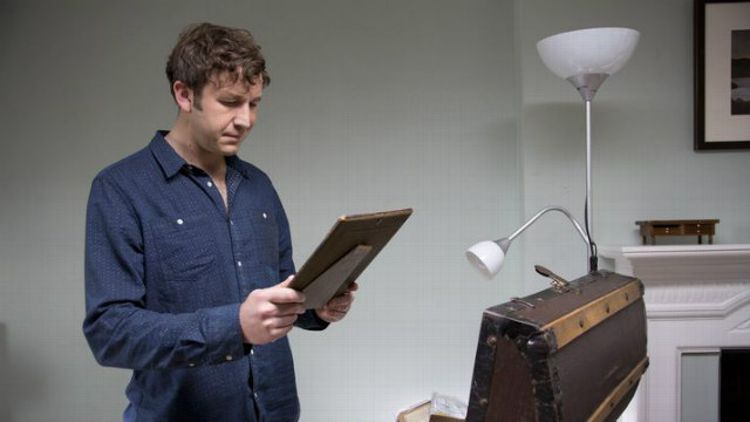 It’s been nearly 30 years since Christopher Guest — along with director Rob Reiner (kids, you know him as Jess’s dad on New Girl) — strapped on the spandex and more or less invented the mockumentary format with the seminal-in-all-senses This Is Spinal Tap. And, over the ensuing decades, Guest came close to perfecting it with a series of increasingly precious improv comedies, the best of which, Waiting for Guffman, remains as flawless and coveted as a Remains of the Day lunchbox. Still, it was the doofs at Dunder Mifflin who truly cranked the format up to eleven. The success of The Office and, later, the even larger cultural footprint of Modern Family helped establish the Guest-ian tradition of oblivious yobs venting directly into the camera as the go-to style of high-class comedy on television. He may not get residuals for it and he may not even find it funny — he’s notoriously prickly when not in character — but Guest is as responsible as anyone for a sea change in sitcoms, one that saw the quiet raising of an eyebrow replace the canned howl of a studio audience.

Now, a week before The Office closes up shop for good, Guest himself has taken to the small screen with Family Tree, a surprisingly sweet improvised mockumentary series for HBO. It’s a little like Leadbelly sneaking onto the stage while Led Zeppelin’s amps are still warm, the originator swooping in for a taste of the second generation’s spoils. But it’s also a welcome and low-key landing spot for Guest’s graying repertory. The eight-episode Family Tree centers on Chris O’Dowd’s Tom Chadwick, a sad-sack Londoner with a mushy pea mien who, in the wake of a breakup, becomes obsessed with uncovering the secrets of his ancestry, much to the gentle bemusement of his father, Keith (Michael McKean, resurrecting his Spinal Tap accent). After flirting with more aggro acting in Girls and Friends With Kids, O’Dowd imbues Tom with the same mellow gold he brought to Bridesmaids; it’s a subtly generous performance and one that’s necessary as he bobs and weaves among more comedic extremes. These include Nina Conti as Tom’s sister, Bea, who communicates mostly through a rude monkey puppet, and the truly brilliant Tom Bennett as Tom’s best (only?) friend Pete, an enthusiastic man-child who accompanies Tom on his adventures despite a busy schedule of shoveling shit at the zoo and admiring beers with dirty names like Old Bummer’s Dirty Gob and Bishop’s Finger Brown (“There’s a lot of brown ones”).

The premiere, airing this Sunday night at 10:30 p.m., is often dry to the point of cracking, full of very British stoicism and even deeper references. (McKean’s Keith spends his days chuckling over highly specific parodies of English TV shows with titles like The Plantagenets; it’s worth noting Tree is a co-production with BBC Two, whose audience, one has to assume, will find this nearly as hilarious as does Keith.) But beginning with the second episode, “Treading the Boards,” in which Tom and Pete journey north south to discover great-grandfather Harry Chadwick’s celebrated career as the back-end of a pantomime horse act (the partnership blew up after Harry’s partner — the horse’s head — got back in the saddle too soon after a spicy curry lunch), the show’s gently meandering madness begins to look more and more like a method. Tom’s stop-and-start journey of sort-of discovery perfectly mirrors Guest and co-conspirator Jim Piddock’s preferred way of working, in which funny people are encouraged to fumble around in search of little moments of inspired lunacy. And so the show ranges happily from Jamaican-run boxing gyms to, eventually, America, where the second half of the season was filmed and where many of Guest’s usual players (Fred Willard, Ed Begley Jr.) are slated to appear. The oddball scenes of Tom on blind dates — the best of which involves comedienne Ellie Taylor erotically sprinkling salt on her clavicle — aren’t digressions. They’re precisely the point.

Now in his mid-60s, Guest increasingly seems to subscribe to what might be termed the Coco Chanel school of comedy: whenever possible, take one joke off. Because of this, the humor of Family Tree isn’t biting; the effect is cumulative and softer, more like being gummed to death — perhaps in the toothless mouth of the elderly neighbor Tom and Pete encounter in Episode 2, the one whose daughter has tied a glass around her mother’s neck so she can tell when she’s stopped breathing. That bit of morbidity aside, what’s most surprising about Family Tree’s minimalism is what it reveals. There’s a warmth and depth of feeling on display that’s both entirely welcome and entirely unexpected from such a famously chilly satirist.

Though the format is very much a mockumentary, Family Tree isn’t making fun of anything at all. Tom’s quest is presented as silly but never foolish, his desire to find a place in the world treated with the same dignity the show affords all of its motley chancers, from Bea Chadwick and her salty monkey to Keith Chadwick and his desire to invent something great before he dies. (His latest, a shoe insert that doubles as an air conditioner, isn’t quite working out.) “Family is what disappears when you’re not looking at it,” Keith announces at one point, under the impression that he’s quoting someone famous instead of revealing something heartrendingly sad about himself. Far from frivolous, Family Tree actually does its best work — and has the most fun — mucking about in the spongy space between our imagined best selves and our worst instincts. Guest seems to understand there’s nothing funny about wanting happiness; what’s hilarious is the lengths we’ll go to find it. It’s a distinction best expressed in the pilot by Jim Piddock’s supporting character, Mr. Pfister, the South African proprietor of a cluttered thrift shop. While delivering one of Guest’s trademark direct-to-camera confessionals, Pfister clumsily attempts to construct a model of Big Ben inside of a bottle. But even as he flails, he flashes a smile. “I think I’ll get there in the end,” he says, clueless and utterly content. “Create some fine works of art.”

Video on Demand Report: Give Sparks a Chance With the Not-As-Bad-As-You'd-Think Safe Haven