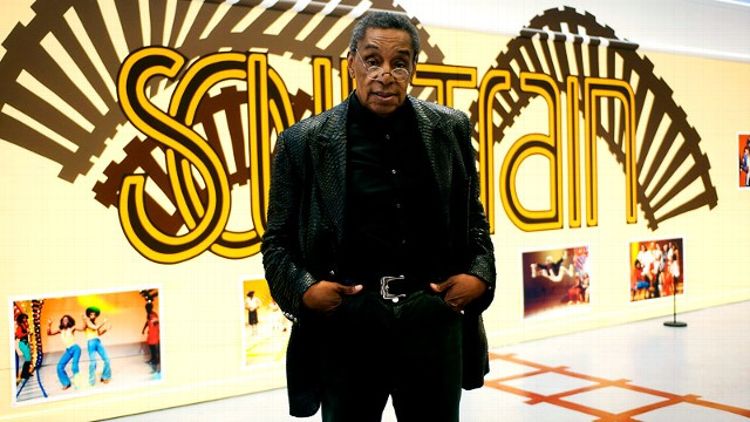 Editor’s Note: Welcome back to our series Rembert Explains the ’80s. Every so often, we’ll e-mail 24-year-old Rembert Browne a video from the 1980s that he hasn’t seen. Rembert will write down his thoughts as he’s watching it, then we’ll post those thoughts here. This week’s installment, unlike any other, was selected by Rembert Browne. The selection: Don Cornelius’ first and only trip dancing down the Soul Train line he created. If you have an idea for a future episode of Rembert Explains the ’80s, e-mail us at hollywood@grantland.com

When told the news that Soul Train creator Don Cornelius passed Wednesday morning, I was thrown for a loop. Here I was, 10 minutes into my awake Black History Month, mourning the death of a pioneer. After sitting there for a few minutes, I considered what he meant to me and began writing down a few words. Even though I have strong feelings for the man, it didn’t feel right for me to pen anything substantial. He was my guy, but I’m simply too young for him to truly be my guy. Over the course of the day, people who lived through the hey-day of Soul Train came out with statements, all of which were poignant and all of which supported my belief that I should keep my mouth shut and just respectfully observe.

As this morning rolled around and I was on my 50th Soul Train clip viewing, I stumbled upon a video that opened up the door for me to pay a small tribute to the legend. Even though Don was the epitome of cool when it came to interviewing guests, talking to the ladies, and moving the show along, I assumed that he was too cool to ever make his way down that Soul Train line. That’s what separated the rest of us from Don.

This clip, however, shows the one time Don decided to play along. Much like the feeling a student or a child has when a teacher or a parent stoops down to their level to join in on the shenanigans, watching Don get his stank on, first for 27 seconds and then again for 22 seconds, could not be a more glorious sight.

To the soundtrack of perhaps the greatest dance song not named “Got To Give It Up, Part 1,” watch as Don Cornelius gets down to James Brown’s “Gonna Have a Funky Good Time” and reminds us that he is easily the coolest man to ever rock bell-bottoms, glasses, an Afro, and a collar the size of an Afro.

0:00 Looks the woman up and down, while snapping. She can’t believe she’s going down the line w/ Don Cornelius.
0:03 Is doing the snap and crouch thing. It’s very good. It’s almost as if James wrote this song for this very moment.
0:05 Like the consummate professional, screams at the same time as James, right in his lady partner’s ear, causing her to buckle over in laughter. He’s phenomenal.
0:09 Has turned to the side and is backing it up, while making it down the line. I need to know the person that tailored his suit, it’s perfect.
0:12 Oh yes, he’s rolling it up. ROLL IT UP, DON.
0:15 If you pay close attention to the amount of movement around the bottom of his bell-bottoms, you can begin to understand the amount of ankle work he’s putting in. It’s an achievement in ankle work.
0:18 And like that, he just took it backwards on us. He’s not ready to leave just yet. Don’s been holding out for this moment for a while now.
0:21 Back to the side. I completely forgot there was a woman in this clip. Don is Black Baryshnikov.
0:24 Was that a “Kick, Ball, Change”. Wow. Just wow.
0:27 And like that, he’s out.

1:58 In the 91 second break, Don found himself two more ladies and is ready to do this again.
2:01 Look. At. His. Ankles. They look quadruple-jointed they’re doing so much.
2:03 He’s doing his best James Brown impression and killing it.
2:05 Don has no interest in either of these women. He just needed two people to give him a Soul Train line within the Soul Train line. I think he’s earned that.
2:07 The shoulders have just gotten involved. He’s not making any forward progress. I don’t think he ever wants to leave.
2:09 He’s facing forward and is about to make his presence felt between these two women. They are not ready.
2:13 Knees, shoulders, hips, and ankles are all rotating, at different speeds and in different directions. This is art.
2:15 Moonwalk spotting. It was .4 seconds, but it was there.
2:17 Just did a big, triumphant clap. Is something about to happen?
2:18 – NO HE DIDN’T. Don just fell to one knee. Is someone about to come out and drape a robe over his shoulders?
2:19 I think that was for flare, but also to catch his breath. Respect.
2:20 Yes. While standing up, those slippery shoes failed him and he almost stumbled over. But he doesn’t, because he’s Don Cornelius. (There is a chance when the camera cut away, he fell on his face, but we have to assume he caught himself, did a front-flip, and fell into a split.)

2:33 Is standing up and his face looks fantastic, which means he did land that front-flip-split.
2:35 One of the ladies he just danced with got chosen for the post-game Don chat. She can’t stop smiling. Neither can I.
2:42 (In response to the applause), Don: “Is that for me or for the girls?” It’s for you, Don. You just blessed them. BLESS YOU, BLESSER.
2:44 Signature Don Cornelius laugh. There’s no amount of testosterone/AutoTune that could get my voice that low.
2:48 (To the sweet lady in white), Don: “How’d you like those moves I put on y’all.” At first, you think he’s talking to just the lady, and then you just think he’s talking to the studio audience, but then you realize he’s actually addressing all inhabitants of Earth. This isn’t the time or place for this argument, but Jesus was probably Black. Moving on…
2:52 The moment we learn that was his first trip down the Soul Train line. Important.
2:56 Final conversation:

Sweet lady in white: “You’ll have to do it again”.
Don: “See, when you reach my age, Jane, you just can’t be out here doing a lot of jumping around. (Of course he knows her name.)
Jane: “Oh yes you can, you have to.”
Don: “Well, you haven’t reached my age yet, you know.”

For this clip, and everything else you did in your life, thank you, Don. You’ll be missed, but we’ll all see to it that you’re never forgotten.

Filed Under: In Memoriam, Rembert Explains the 80S, Obituary

Don't Freak Out: A Back To The Future Musical Might Happen