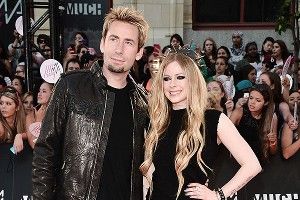 Ah, Hollywood: The intrigue! The stars! The painfully boring naming-rights quibbles! What are we talking about? Well, as Deadline reports, Lee Daniels’s The Butler might have to change its name. Or it might not. Whoo!

So basically, Warner Bros. lodged a complaint with the MPAA’s Title Registration Bureau over The Butler, which is being distributed by the Weinstein Company, on the basis that, in 1916, WB dropped a short film with the same title. Ergo: The Butler is taken, dudes. The Title Registration Bureau, ever sensitive to respect the sanctity of short entertainment that may or may not have been enjoyed by Woodrow Wilson, agreed. And they did so in as dramatic fashion as these things can get: The bureau said TWC had to remove the name from all of the film’s marketing material by midnight tonight or they would be turned into a pumpkin!

And then, late Tuesday evening, another amazing twist: TWC appealed. Says Deadline, “noted attorney David Boies [will] explore a potential lawsuit claiming that Warner Bros motive isn’t to protect the title of an obscure silent short film, but rather to extract another piece of business from TWC in exchange for it allowing the use of the title on a film that has been widely advertised with that moniker. Boies is already coming out firing, as he issued this statement: ‘The suggestion that there is a danger of confusion between TWC’s 2013 feature movie and a 1917 short that has not been shown in theaters, television, DVDs, or in any other way for almost a century makes no sense. The award has no purpose except to restrict competition and is contrary to public policy.'” A fair point, Mr. Boies. A fair point indeed. But it is at this point that I remind the surely captivated audience that this is all a moot argument. Has everyone forgotten that Oprah is in this movie? And I’m pretty sure if Oprah wants her goddamn movie to be called The Butler, her goddamn movie will be called The Butler.