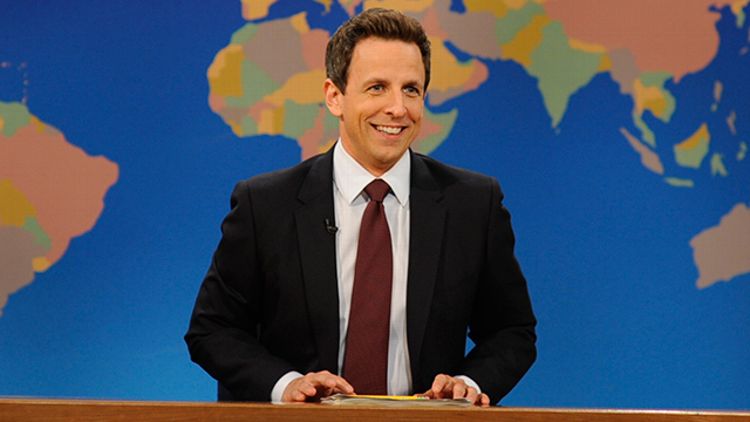 As rumored and conjectured, Saturday Night Live‘s Seth Meyers will indeed take over Late Night after Jimmy Fallon moves to The Tonight Show. The news was confirmed this weekend by NBC and Meyers, who told the New York Times “Working at ‘SNL’ requires 100 percent of your mental capacity — on easy weeks. And so I had not really spent a lot of time thinking about what I was going to do next. Obviously I can’t quit Lorne [Michaels]. So this seems like a pretty good deal that I have an opportunity to keep working with him.” According to Lorne — who’ll now be executive producing Late Night and Tonight (plus, of course, SNL — the NBC after-hours trifecta) — the decision to hire Meyers came with “complete agreement [at NBC] … the only name that kept coming up was Seth.”

As for how the show will actually look and feel, Meyers isn’t looking that far. (He takes over in February, around the time NBC has the Winter Olympics. He’ll stay on with SNL through the year, then start prepping in January.) But Seth did say that he’s into bringing on some form of the interviews from “Weekend Update” — in his words, “a two-shot with talented, funny people … A company of writer-performer hybrids who can come on and do stuff on the show.”

Now, it’s hard to believe that NBC will really pull off a late-night succession with no drama; sooner rather than later, one would think, something’s gonna get screwy. But, for now at least, everything is all set. So who’s gonna hire all these people?