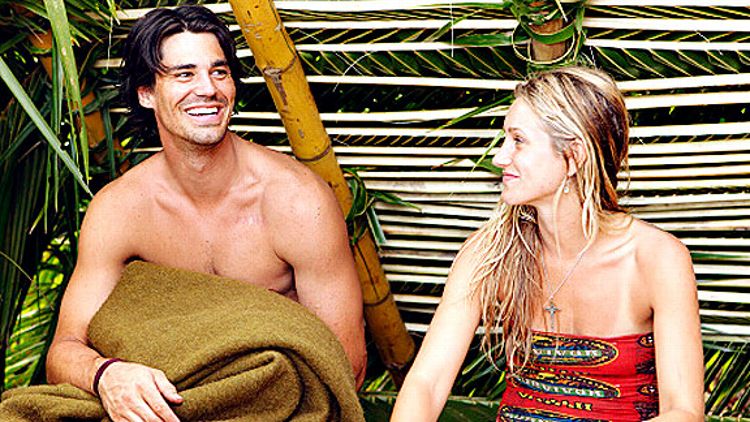 Unpopular-opinion alert: Turkey isn’t delicious. Thanksgiving is all about the sides. Turkey is only there to transport stuffing, provide a job for that man of the house, and give you an excuse to douse your entire plate in gravy. If turkey is so good, why do we eat it only once a year?

That three pounds of leftover turkey in your fridge right now isn’t lunch for the weekend — it’s homework, a chore, a burden. You really want to order a pizza tonight but you can’t because you have cold, dry, mangled turkey meat sitting in some Tupperware looking at you and saying, “Pizza, dude? Really? You are just going to let me sit here and go bad while you are ordering pizza?” Don’t let that turkey boss you around, buddy. Look that thing right in the thigh and say, “Hey pal, last night you were only half decent when I mixed you with a slew of side dishes that make bacon look like wheatgrass. Today, you are only acceptable when I drown you in mayonnaise. You’re overplaying your hand here, leftover turkey, and I am calling your bluff. I don’t care about the guilt. I’m ordering a pizza. And you know what else, turkey? They put everything on pizza: ham, steak, chicken, pepperoni, pineapple, and spinach. They even put artichoke on pizza — artichoke, dude. You know what they don’t put on pizza? Turkey. You know why? Because it doesn’t taste good. I rest my … Whoa, are you crying, leftover turkey? Oh man, now I feel bad. Fine, I won’t order pizza, I’ll make you into a stupid turkey sandwich. But first I have to go to the store and get more mayonnaise. Half a jar isn’t going to be enough.”

What does this have to do with reality TV? Nothing. When I started this rant, I was going to do a whole “This week in reality TV was like leftover turkey” thing, but I have no standards, and even I thought that was too much of a stretch. You know what? Screw it. I’m doing it anyway.

This week in reality TV was like leftover turkey. Bits and scraps of the cutting-room footage recycled into a Survivor clip show and a Basketball Wives LA reunion that featured our favorite NBA WAGs overdressed, over-groomed, and difficult to understand. Normally there isn’t much to say about (read: make fun of) these shows, but this week gave us Survivor sex, creepy nerd voyeurism, and the discovery of the ultimate argument ender, smacking one’s own butt cheek. On to the top scorers.

1. She’s married.
Like for real. White dress, legal documents, rings, love, money, shoes you will never wear again married. Somewhere her poor husband was probably doing something adorable like writing in a journal about how much he missed her. What was she doing? Having dirty, starved jungle sex with some dude named Keith with terrible torso tattoos.

2. They had no privacy.
Coitusing in the presence of others is terrible for everyone involved. The coitusers are overconscious of their surroundings and unable to enjoy themselves. Even worse, anyone who had a semi-social college roommate can attest that when you’re not involved, coitus is a bigger sleep deterrent than snoring, sunlight, and speedballs. Even worse, Keith and Whitney were coitusing in front of the creepiest audience possible, Cochran.

3. Cochran.
If you don’t watch the show, Cochran is an admitted Survivor superfan, looks like someone playing a nerd in a sitcom, and is the most socially awkward person on television aside from Kobe Bryant. Not only that, he is creepy sexually. What do I mean by that? I mean his attempted seduction of Elyse, an attractive member of his tribe, involved him telling a story about defecating in his pants in graphic, disgusting detail. Not enough? How about this quote: “I am a real big fan of animals. I am an animal lover, a PETA adherent. I am all about respecting animals and treating them like we would want to be treated. So I do feel like the fish respect me and they understand me. When I am gutting them … I am very respectful about it. I do not put fingers anywhere that I would not want fingers on my body.” Still not enough? Too bad. I don’t feel like talking about this anymore. I feel gross just writing about it.

4. They are on national television.
This doesn’t need to be explained.

At first I hated Whitney for being married and having televised dirty, starved jungle sex with some random dude, but I quickly forgave her. Why? She has a tattoo of the American flag on her left shoulder. Anyone that walks into a tattoo parlor and says, “I want the American flag really big on my back for the rest of my life” is good in my book. [Don King voice] God bless America.

“Crazy” Jackie (Basketball Wives LA, Connor): 15 points. I went to the taping of the Basketball Wives LA reunion and was surprised at just how much the audience disliked “Crazy” Jackie. Every time Jackie was involved in an argument, the crowd took her opponent’s side, showering Jackie with taunts and boos. When she started filming this show, I’m sure she told herself, “This is going to be my introduction to the world. In six months I am going to be the black Martha Stewart. The world will love me. Heck, I might even get my own talk show or run for president. This is going to be great.” That didn’t happen. She is now the villain who spent the entire reunion show defending herself from attacks from the other girls (10 points) and the crowd. It was so bad that halfway through, her weave decided it didn’t want to be associated with her anymore and tried to make a break for it.

Coach (Survivor, Jacoby): 5 points. Coach got all mad at Mikayla for using too much sugar in her coffee (5 points). I got mad at Coach for wearing a blazer with a tribal pattern on it. If you are over 20, you should not be wearing anything with screen-printed dragons, tribal prints, or angels unless you are a Japanese mafia enforcer. If you are a Japanese mafia enforcer, a motorcycle helmet with a Mohawk on it and screen-printed dragons would actually bring your whole outfit together.

Draya (Basketball Wives LA, Jacoby): 5 points: When it was Draya’s turn to argue with Jackie (5 points), she won with this statement, which was met with deafening applause: “I don’t need to tell you everything. You are not my mom, you ain’t God, you don’t sign my check, you ain’t bleeping me!” This is another great example of “It’s not what you say, but how you say it.” She delivered this line with passion, a pointed finger, a raised voice, and that bobble-head thing women do when they mean business. If you look at her statement again, she actually listed the people who you don’t tell everything to, not the ones that you do. You know what? This whole Draya bit would be way funnier if you could see me pointing my finger at my laptop screen and doing the bobble-head thing while I type. My apologies.

Gloria (Basketball Wives LA, Lane): 5 points. 99.9 percent of arguments are stupid. Ever get in a fight with your significant other and have your friend ask you what it was about and say, “Nothing, don’t worry about it, it’s over,” because you don’t have the heart to say, “She got really mad at me because, to move the bacon around in the frying pan, I used the expensive fork”? Imagine doing that on TV. When it was Gloria’s turn to argue with Jackie (5 points), the conversation devolved into two women yelling at each other at the top of their lungs, aggressively requesting the other to be quiet. Yelling “shut up” out loud is one of the funniest things humans do. The argument didn’t seem that strange on TV, but when you transcribe it and read it again, it becomes one of the most ridiculous, vulgar, and pointless conversations in the history of mankind. Enjoy:

This is when Jackie pulled out a move that is popular in Basketball Wives circles and misunderstood elsewhere. When losing an argument and out of options, a Basketball Wife has only one resort: the butt-cheek slap. Yep, you read that right. When being disrespected and out of retorts, you just turn your back on your opponent, extend your derriere toward them, and spank yourself. I have no idea how it started, why it works, or what it means, but I am very excited about it catching on. If a presidential candidate was caught in a blatant lie during a debate, asked to explain himself, and simply turned his back to the audience and started smacking his own butt cheek, regardless of his position on the issues I would vote for him. I’m predicting it now: The 2012 election will be decided by self-spanking.