A couple of weeks ago, Spike Lee’s Instagram broke some NBA news. Right there, in brilliant full color, was an image of one of the league’s heretofore rumored nickname jerseys. It was the back of Ray Allen’s Heat uniform, bearing, rather than his boring ol’ government name, the words “J. Shuttlesworth.” Said Spike: “For A Few Select Games My Main Man Ray Allen Will Wear JESUS SHUTTLES WORTH On THe Back OF His Jersey. The Legend Of HE GOT GAME Continues To Grow.Da Greatest Joint About BALL Ever Made.YA-DIG? SHO-NUFF.”

Soon enough, the NBA confirmed that Allen would be playing under the guise of his old alter ego: He Got Game’s troubled, sweet-shooting Coney Island kid, Jesus Shuttlesworth. And he wouldn’t be the only one. On Friday, when the Heat play the Nets, we’ll be seeing a batch of other goods from what is officially known as the league’s “Name Collection.” A sampling, via USA Today: 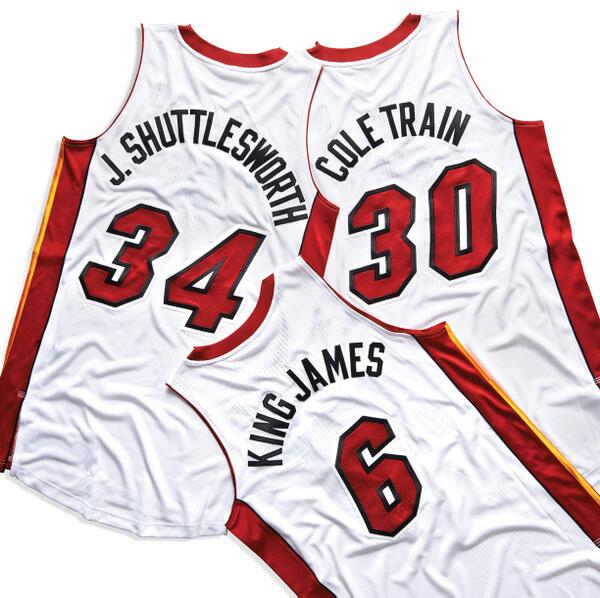 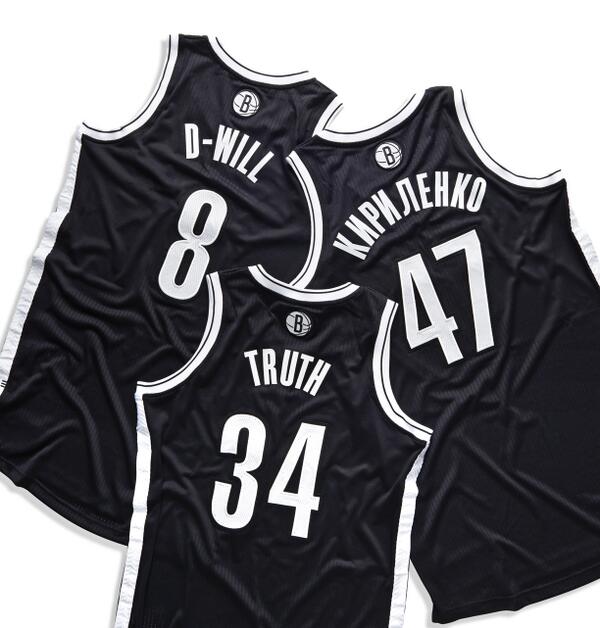 Quibbles are unavoidable: Why “Truth” instead of “The Truth”? Also, has anyone other than immediate family members being directly compensated by the young man ever actually referred to Norris Cole as “Cole Train”? But, overall, one basic fact is evident: These are rad.

And they may become, in a roundabout kind of way, even radder. Whether the spur was strictly the nickname jerseys is unclear, but it just so happens that, a few days before the jerseys’ debut, Allen’s talking He Got Game sequel. From the AP:

“Sequels to most movies are always fluff and not as good as the first,” Allen said Tuesday night before the Heat played the New Orleans Pelicans. “But it’s something we’ve been talking about for the last couple months. If we get a really good story line and are able to bring everybody back, then it would be something worth doing. … “We’ve got to get Denzel [Washington] and we’ve got to get Rosario [Dawson]. … Obviously, it’s been 15 or 20 years, so there’s so many new story lines to talk about.”

So much correctness in such a little space! Just like with the recent Rounders 2 rumors, the passage of time negates traditional “sequels suck” philosophy and opens up some tantalizing options. At the end of He Got Game, Jesus has committed to Big State, just like the warden wanted and his pops asked, but Jake’s still back in the pen. A lot could have happened in the 16 years since: Did Jesus go one-and-done at Big State, then commence tearing up the NBA? Did he bust his knee his freshman season, never regain his form, and end up scrapping for dough in Euro leagues? Or maybe he decided basketball was really all so much nonsense, went back to Coney Island, and opened a thriving falafel shack with John Turturro and Walter McCarty? Whatever the case, the same basic format of He Got Game can, funnily enough, still apply: Jake gets out of prison, comes to Brooklyn, and tries to get back his son. Now just throw an extended LeBron cameo in, call it He Got Game 2: Jesus Has Risen, and we’re good to go.

Macaulay Culkin's Band, the Pizza Underground, Releases Its First Video, Is Apparently Very Much for Real