Rashida Jones Will Star in ‘Tribeca,’ a Police Procedural Comedy From Steve Carell 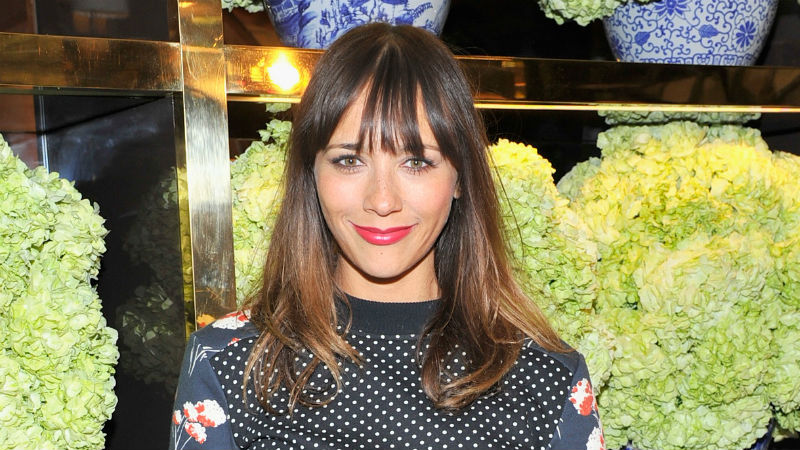 With eight days left till Ann Perkins and Chris Traeger’s final episode of Parks and Recreation, Rashida Jones has lined up her next gig. She’ll take the lead role in Tribeca, TBS’s single-camera comedy pilot from Jones’s old Office costar Steve Carell, who created and wrote the show with his wife, Nancy. “Tribeca is a satirical look at a police procedural anchored by Angie Tribeca, an outspoken 10-year veteran of the LAPD’s elite RHCU (Really Heinous Crimes Unit),” The Hollywood Reporter writes, managing to never invoke the words Brooklyn or Nine-Nine. “The project explores an eccentric but brilliant group of people who investigate crime, reveal way too much personal information, and refuse to rest until justice has been served … sort of.”

The Carells will executive-produce; Steve will also direct the pilot. The artists formerly known as Michael Scott and Karen Filippelli should have lots to talk about when it comes to transitioning past the “starring in a seminal series” portion of a career — Jones and her producing partner Will McCormack sold six projects in their first year with a Warner Bros. Television deal. Deadline notes that Jones’s signing on for a starring role in a series, in addition to her production responsibilities, “was somewhat surprising, but I hear Carell actively pursued her, and she sparked to the premise of the show.”

What about TBS, though? Is it the right place for Jones to move after giving us eight years of two delightful supporting characters on NBC? It seems like it. The network was 2013’s top-rated basic cable network in the 18-49 demographic, and comedy gets taken seriously there. TBS has successfully welcomed Big Three refugees like Conan O’Brien and Courteney Cox; comedian Pete Holmes went to TBS for his new show, as did Scrubs and Cougar Town creator Bill Lawrence for freshman workplace sitcom Ground Floor. The network also has two young comedies, Men at Work and Sullivan & Son, heading into their third seasons. So maybe, in another five or eight years, we’ll find ourselves weepily charting Rashida Jones’s departure from another show, one where she was finally the star.

Downtown Los Angeles in Film: Its Grimy, Gorgeous Past and Its Many Futures