Quentin Tarantino Found Someone to Sue Over ‘The Hateful Eight’ Script 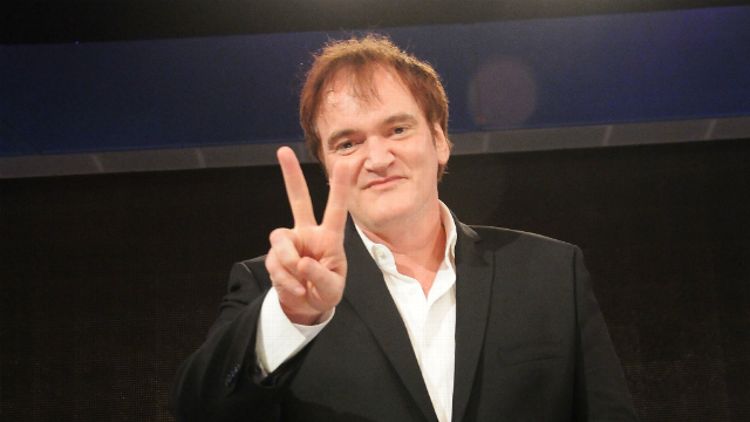 After the first-draft screenplay for Quentin Tarantino’s new Western The Hateful Eight leaked last week, the director called Deadline to announce he was “very, very depressed” and would be tabling the film, planning instead to publish it as a novel. The script had been entrusted to six people and quickly wound up in inboxes all over Hollywood. Tarantino’s injured announcement skyrocketed interest in the document and gave some fans and completists license for illicit read-throughs — they might never see the film, after all. The plot’s particulars were hashed out in blog posts, with side bets placed on which regular QT stars were earmarked for which roles. And a few places linked directly to the script, which brings us to the lawsuit Gawker Media and AnonFiles.com are now facing, the one seeking “an amount exceeding $1 million.”

Last Thursday, Gawker’s Defamer published a post titled “Here Is the Leaked Quentin Tarantino Hateful Eight Script.” Per the lawsuit, Tarantino believes the Defamer post constitutes “blatant copyright infringement by their promotion and dissemination of unauthorized downloadable copies of the leaked unreleased complete screenplay” and that “the general public would not have known about or found the complete copy of the Screenplay” without the offending post’s existence. The full lawsuit throws some serious punches:

“Gawker Media has made a business of predatory journalism, violating people’s rights to make a buck. This time, they went too far.  Rather than merely publishing a news story reporting that Plaintiff’s screenplay may have been circulating in Hollywood without his permission, Gawker Media crossed the journalistic line by promoting itself to the public as the first source to read the entire Screenplay illegally. Their headline boasts ‘Here,’ not someplace else, but ‘Here’ on the Gawker website. The article then contains multiple direct links for downloading the entire Screenplay through a conveniently anonymous URL by simply clicking button-links on the Gawker page, and brazenly encourages Gawker visitors to read the Screenplay illegally with the invitation to ‘Enjoy!’ it.”

I’ll acknowledge I know fairly little about The Law, but suing for copyright infringement after a site points out where a script lives online seems like a stretch — even if one of the spots Defamer links to still hasn’t pulled the script. Then again, the lawsuit is for both copyright infringement and contributory copyright infringement. The suit adds that Gawker hasn’t cooperated with repeated requests for the URLs to be deleted, and that Defamer openly solicited its readers for a copy of the script before the leak was readily available.

The Hollywood Reporter’s law blog, which does know about The Law, writes, “The lawsuit seems designed to counter Gawker’s potential defense of safe harbor under the Digital Millennium Copyright Act. The coming dispute also figures to raise issues of contributory liability as explored in the Supreme Court’s Grokster ruling.” THR also notes that Gawker has faced various lawsuits in the past; there was a Hulk Hogan sex tape situation, and a post featuring a book proposal by Lena Dunham (that one was taken down after a cease-and-desist letter).

However the lawsuit goes down, a few things are clear at this point:

The Grammys Drew 29 Million Viewers, None of Whom Can Positively Identify Ryan Lewis