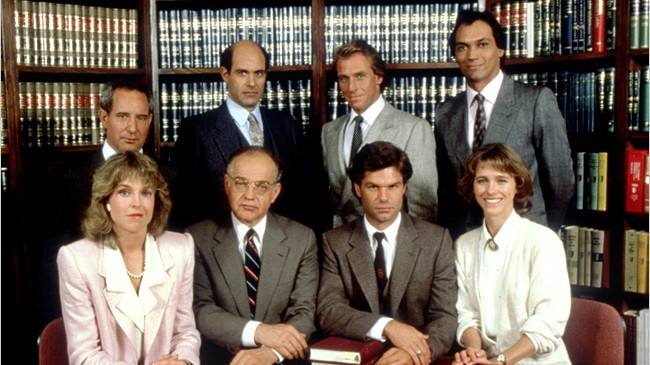 Last week NBC made news with an announcement that could easily be derided as ridiculous if it weren’t also inevitable: Bill Cosby, the graying, 76-year-old face of NBC’s onetime television dominance, could be returning to its air with a family sitcom to be produced by Cosby Show veteran Tom Werner. This seems par for the course for a network devoted to re-creating its glory years with a clock-turning strategy that takes Jack Donaghy’s “science and magic” and laces it with a bracing dash of desperation. NBC seems unable to plan for the future and unwilling to confront the present. Instead, entertainment chairman Bob Greenblatt turns again and again to the past with the sort of blind optimism that is awfully hard to distinguish from outright blindness.

What’s galling about this isn’t the Hail Mary to the sainted Cos — his Far From Finished special from last year proved that the once-and-future Huxtable’s brand of pudding-pop psychology ages far better than his sweaters — it’s that Greenblatt has plenty of evidence that this sort of backward thinking simply doesn’t work. Sean Saves the World has proved unable to save itself and Blair Underwood’s throwback Ironside immediately sank. And it was only one week ago at the TCA conference that Greenblatt was forced to admit that his biggest splash into the sitcom fountain of youth, The Michael J. Fox Show, is “nowhere near where we’d like it to be” in terms of ratings. (With an anemic .6 rating in the key demo, which could charitably be described as “the toilet.”) And yet rather than learning from his mistakes, Greenblatt — who has spent the better part of two development cycles dreaming up comeback vehicles for Roseanne Barr — seems destined to repeat them with Bill Cosby. The rationale for the new series, which will focus on a multigenerational family and the gentle high jinks that inevitably ensue, seems to mirror the now-discredited logic behind The Michael J. Fox Show: This worked once, why not again? More than just an excuse for Richard Moll to frantically call his agent, Greenblatt’s intransigence signals a fundamental misunderstanding of the TV business. Despite his fervent hopes, stars almost never make the TV show. It’s the TV show that makes the stars.

And so here’s the thing I can’t figure out: Why is Greenblatt so devoted to resurrecting faded ’80s TV stars when NBC has so very many ’80s TV shows worthy of a second chance? Some may have scoffed when Greenblatt announced his intention to remake the venerable Murder, She Wrote as a vehicle for recent Oscar winner Octavia Spencer, but I wasn’t among them. Though the project was recently scrapped, it actually seemed like a far better idea than just signing the talented Spencer to a lucrative holding deal and then trying to jerry-rig a show around her. A big name will draw attention to a premiere, but only a good story will keep them coming back. And despite its hoary premise, Murder, She Wrote is a story-producing engine that can run for years and years. (This is why I’m also not mad at Greenblatt’s developing interest in strip-mining ’80s movies, too. Late Friday he picked up a sitcom based on the ’86 Tom Hanks comedy The Money Pit. And why not? Parenthood, based on the 1989 movie, is one of the few things keeping the Peacock afloat.) It was the right idea, even if it wasn’t the right timing or the right fit.

Because I believe in the promise of NBC even more than I depend on its failings for copy, here are four former franchises that could thrive if given a second chance. There’s nothing wrong with reheating leftovers. The trick is jazzing up the presentation.

A very strange and interesting failure, Grand was the sort of comedy that NBC used to be able to throw on the air to decent ratings almost by accident. Produced by the aforementioned Tom Werner, it was a formally inventive sitcom set not in a blandly anonymous version of Manhattan but in a rural Pennsylvania town. The subject, broadly (and I do mean broadly), was class: The cast was divided among three social strata. There were the snooty powerbrokers (replete with quippy manservant), the strivers in the middle trying to climb the social ladder, and, at the bottom, those tasked with cleaning up the mess. In a break from the conventions of the time, Grand tracked multiple, serialized story lines, functioning both as a satire of prime-time soap operas and a celebration of them.

This sort of meta-goofery would play even better today when the rhythms and relationships of heavy dramas are even more familiar. Much in the same way Soap drew viewers for mocking and mastering pop culture of the ’70s, couldn’t Grand work as a satire of the sort of sprawling, antiheroic series that have spread across cable like kudzu? And wouldn’t Dan Harmon – formerly persona non grata at NBC, now, weirdly, a stabilizing influence – be just the guy to steer it? I know I’m a broken record here, but NBC simply can’t do worse with its comedies. Giving Grand another go would let Greenblatt keep his eyes in the rear-view mirror – but this time offer the chance of not driving completely off the road.

This good-natured X-Men rip-off was at least 20 years ahead of its time when it premiered (and, quickly, died) during the 1985-86 season. But if NBC’s recent experience with Heroes proved anything, it’s that audiences still hunger for superheroes in prime time. They just need some confidence that the supervillains aren’t the ones in charge of plotting the second season. (It’s worth noting that Heroes creator Tim Kring earned his first paycheck writing on Misfits. It’d probably be a good idea for Greenblatt to treat him like this project’s Kryptonite.) There are probably two ways to get this show back on track. The more obvious route would be to hand it over to J.J. Abrams’s Bad Robot Productions and double down on the conspiracy and mystery elements. (Just who cursed these Misfits with all this Science!?!) At this point, viewers are well-versed in Abrams’s schtick – never mind answers, let’s keep asking questions! – even if they are increasingly disillusioned with the results.

My personal preference would be to take Misfits‘ clear-cut idea (fast-talking scientist recruits team of “human anomolies” to fight evil and solve unexplained phenomena) and plunge it into the atmospheric quirk and aesthetic weirdness that is Bryan Fuller’s stock-in-trade. His Hannibal has proved that even the most clichéd serial killer themes can still feel fresh (and horrifying) if handled correctly. Maybe it’s time to inject a similar whimsy into what has become a very gloomy genre? Not every phoenix needs to be dark.

This splashly legal soap ran for eight much-loved seasons on NBC, anchoring the 10 p.m. hour on the holy Thursday nights before giving way to ER 20 years ago. Let me be plain: It is absolutely criminal that a reboot of L.A. Law isn’t a priority for NBC. The show was brilliant in its day for its take on the glitz and surgically enhanced glamour of a Los Angeles that now feels as staid as Mayberry. Can you imagine the sorts of cases McKenzie, Brackman, et al. would be working in a post-TMZ world? Scandal has proved that audiences – young, diverse, attractive audiences – are eager for the kind of soap that stings once its gets in your eyes, and NBC is desperate for the stability of a procedural. L.A. Law would scratch both itches and the leading man makes almost too much sense: Blair Underwood was Jonathan Rollins, the fresh-faced up-and-comer on the original series. How hard would it be to reboot the show with Rollins as the (strangely still) fresh-faced senior partner? I say you grab him and Steven Bochco, and make Scandal co-EP Betsy Beers an offer she can’t refuse. Stock the writers’ room with a year’s worth of Us Weekly and InTouch, unlimited cases of Red Bull, and Harvey Levin’s cell phone number, and watch the magic happen.

Come on — do I have to do all the work here? The Golden Girls, about four senior citizens kibitzing beneath the Florida palms, was, on paper, the craziest idea for a hit sitcom of all time. And yet, 22 years after it went off the air, it remains a beloved institution, fueling strong late-night ratings on both Lifetime and, now, TVLand, not to mention a constantly repopulated kennel of catty GIFs and the unstoppable juggernaut that is Betty White’s career. Rebooting the Girls for a new (old) generation would be cheap and relatively risk-free. Even better, Greenblatt would have to look no further than his own reruns to procure 75 percent of the cast. Assuming she’s not already locked into the new Cosby show, Phylicia Rashad would make an outstanding new Blanche. As the sweetly dim Rose, why not Shelley Long? (Remember, playing dumb was a new thing for Betty White, too – prior to Girls she was best known as the lascivious Sue Ann on The Mary Tyler Moore Show.) Assuming Greenblatt did the obvious and cast an aged-up Rhea Perlman as the acerbic Sofia, he’d have three pillars of his classic Must See TV lineup back on the screen. (The only wild card is Dorothy, since (a) Bea Arthur is clearly irreplaceable, and (b) we need someone who could maybe-almost-kinda-plausibly be Rhea Perlman’s daughter. I’m thinking we reach into CBS’s recent past for this and nag Annie Potts.) Why is this any crazier of an idea than Hollywood Game Night?

For as much as I criticize him, I don’t think Bob Greenblatt is entirely wrong in his belief that America, despite ample evidence, wants to watch NBC shows. They just don’t want to watch his NBC shows. So let’s raise a glass of Bartles & Jaymes and toast the 1980s, home of NBC’s past and, potentially, its equally glorious future. Here’s to giving America back the shows it never wanted to stop watching in the first place!

Quentin Tarantino Found Someone to Sue Over 'The Hateful Eight' Script

Then and Now: The NY Filming Locations of 'The Godfather'