Quentin Tarantino Tables ‘The Hateful Eight’ After the Screenplay Leaks 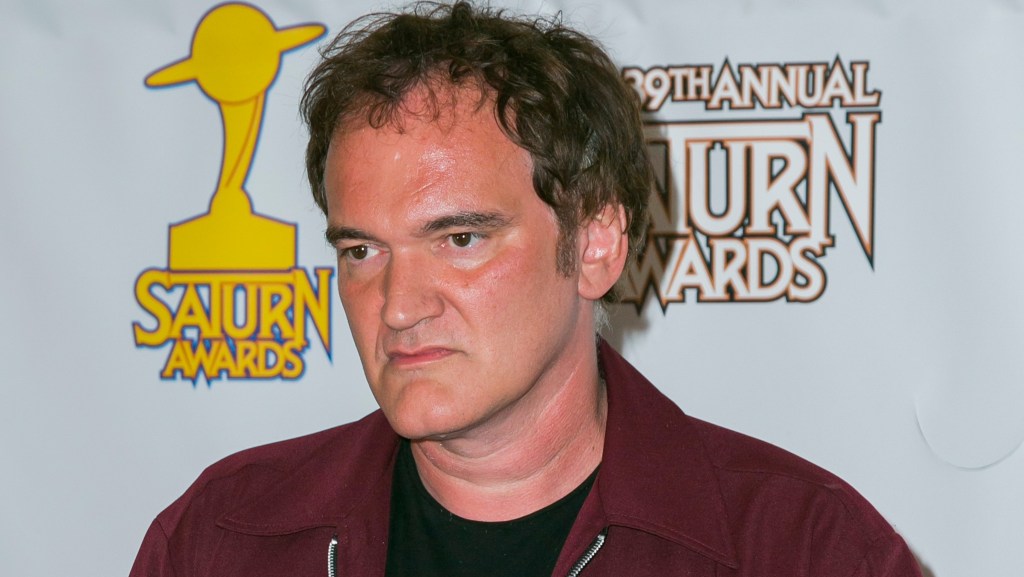 Not unlike Beatrix Kiddo at the altar, Quentin Tarantino has found himself grievously betrayed. “I’m very, very depressed,” QT tells Deadline. “I finished a script, a first draft, and I didn’t mean to shoot it until next winter, a year from now. I gave it to six people, and apparently it’s gotten out today.” Tarantino scripts tend to hit the Internet well before anyone’s seen a frame of film — a tradition Tarantino enjoys! — but not quite this early. “I like the fact that people like my shit, and that they go out of their way to find it and read it,” he says. “But I gave it to six motherfucking people!”

Now Tarantino, who was rumored to be in talks with Bruce Dern and Christoph Waltz for parts in the new Western, definitively says The Hateful Eight won’t be his next film. He’s hoping to turn the project into a novel instead, setting up meetings with publishers immediately.

Deadline’s post spends much of its time focusing on the Hollywood backstabbing angle. Django Unchained producer Reggie Hudlin is a suspect; the agents representing Dern and Michael Madsen are too. (Turns out Waltz hadn’t actually been earmarked for a role yet, but Madsen, who did Reservoir Dogs and the Kill Bills, had been.) “The one I know didn’t do this is Tim Roth,” Tarantino says. (Yep — he might’ve gotten back together with Roth on this one. All together now: Damn it!) “One of the others let their agent read it, and that agent has now passed it on to everyone in Hollywood. I don’t know how these fucking agents work, but I’m not making this next. I’m going to publish it, and that’s it for now. I give it out to six people, and if I can’t trust them to that degree, then I have no desire to make it. … I’ll move on to the next thing. I’ve got 10 more where that came from.”

Deadline writer Mike Fleming Jr. steps into the frame for a moment to assure us he did spend “most of the phone call trying to talk Tarantino out of dumping the project.” The Kangol King’s eventual response? “I could totally change my mind; I own the fucking thing. But I can tell you, it’s not going to be the next thing I do. It’s my baby, and if the muse calls me later to do it, we’ll do it. I was thinking about the idea of maybe publishing it before I made it, but now that deal happens for sure, and I’m not doing it next.” The Hateful Eight might get revisited in the next five or so years, but it’s too soon to say. Conversely, it’s never too early to imagine this one going the way of lost projects like The Vega Brothers or Kill Bill: Vol. 3 unless this news appears across the Internet all week and everyone’s able to team up and convince Tarantino no one outside Hollywood knew about the leak and that everything’s OK and we’d always prefer a new QT joint sooner rather than later.

Oh, and Bruce Dern? “Tarantino said that he loves Dern, and likely will write him a big role in the film he’ll do instead.” So rest easy, Brucie. (Unless you leaked the script, man.)