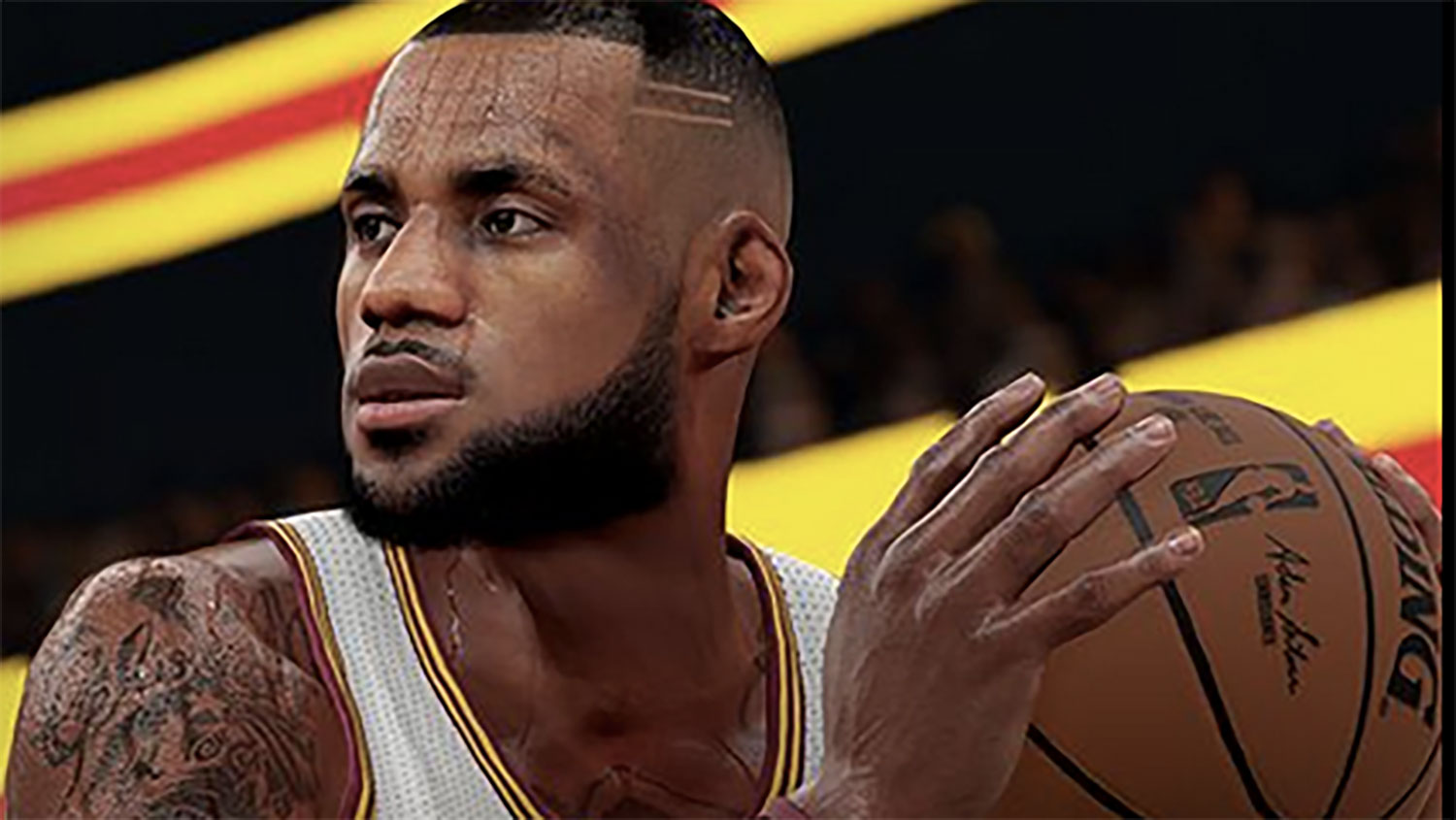 A new 2K game, NBA 2K16, has dropped, marking, along with media day and the beginning of camp, the start of a new NBA season. And none too soon.

Sports video games, and 2K in particular, provide, on demand, the pure vicarious thrill at the core of a person’s love of sports. Every fan, at some point or another, thinks they’re smarter than a particular player or coach or executive. We can’t help it. 2K allows fans to indulge in the not-so-secret fantasy that, despite never having laced them up anywhere beyond our driveway or the park, we know, intellectually, how to play the game better than some of the dudes cashing three-comma checks. I don’t launch four-dribble fadeaways over double coverage just because I happen to be playing as J.R. Smith. Well, sometimes I do. It does look cool.

But none of that would be possible if the players didn’t feel, in some respect, like themselves when you get on the sticks. I spoke to the person tasked with coming up with the 2K16 player ratings, 2K Games producer Mike Stauffer, about making the game feel satisfyingly real.

You know what? Every single time they post ratings, there’s always people objecting to them. There’s some subjectivity to it, so people are always looking at it. They all have an opinion and a favorite team, and everybody’s favorite player should always be a top 10. It’s always interesting. But in general, the feedback has been pretty solid. A lot of people think it’s a pretty good list, you know, with a couple of exceptions here and there. It’s been received pretty well.

I guess one guy that people were kind of surprised at when your list came out was Kevin Durant at no. 5. For the court of public opinion, could you explain your decision there?

He shot very well last year, so his ratings are still on par with what they were the year before. This past year, it’s just that, you know, some of the ratings that we looked at for when you’re coming off injuries and … I know he’s not listed at 7 feet, but when any 7-footer is having foot injuries, you’re concerned with them coming back and being in the same form.

I personally love Kevin Durant. I think his rating will be one that shoots up pretty high this season. Any rating is a projection. These ratings are very fluid. If you’re a 91, that doesn’t mean you’re gonna be a 91 all year. We have had players go up and down 10 points, depending on how they played. And because we update our rosters so frequently, we’re able to make these projections and are able to increase or decrease the player at a rate that makes sense throughout the season.

We have a ton of ratings. We have all the different shooting ratings — like close, midrange, 3s. We actually have whether you’re standing or moving from each of those distances. For passing, we have a couple of different passing ratings, like “Pass Vision,” “Pass Accuracy,” “Pass IQ.”

There’s a direct formula that I use to come up with these ratings for each individual attribute. And then there’s a few that are a little more subjective. Like a driving dunk — because it’s not [how frequently you dunk], it’s your ability to actually do it, too. But they’re all based on some stats. I was actually reading your article on Grantland about the new hustle stats. It’s like every time you think you have something that’s a little bit subjective, the more you jump into it, the more you see people coming up with their own formulas. It’s interesting.

Do you use the same resources that everybody else does? You know, Synergy, Basketball-Reference …

Yeah. We use all that. I probably use Basketball-Reference the most. The player tracking on NBA.com is unbelievable. It’s crazy how in depth [it is]. There’s so much information at our fingertips; it’s a lot easier for me to get the game as accurate as possible.

You guys are including some classic teams this year. Is that tougher, getting information on guys who haven’t played for eight or 10 or more years?

It’s definitely difficult. A lot of our stats are traced to analytics and defensive rebounding percentage and offensive rebounding percentage, and some of those advanced stats weren’t available when some of our classic teams played. Like the old Boston Celtics and Bill Russell. So you have to do some digging and watch some videos, and kind of look at per-36 stats and how the pace of the game translated from then to now. There are some difficulties. But it’s also awesome, because you love basketball and you love learning a little bit more about each team, each player, every day.

Now, you guys changed the formulation for your ratings for this iteration of the game. Is that right?

This year, each individual attribute is done on a Hall of Fame scale. For example: offensive rebounding. I’ll look at the advanced stats, and for players we don’t have the advanced stats for, I’ll use the per-36. And that’s kind of the benchmark. It just kind of feels that way. So, the best offensive rebounder of all time is a 99 in the game. That 99 is the pinnacle for that attribute. So, if you’re not at that level, you’ll be lower.

In the past, there have been multiple players with 99 for individual attributes. As someone who spends a lot of time working on this kind of stuff, looking at the formulas, and trying to make it as good as possible … what’s the point of having a 99, if there’s going to be multiple people that are the best at it? [The new ratings system] was just something that made a lot of sense. And as we kept going and went through every attribute, we did it that way.

Because of that, the overall rating runs the same way. The best player of all time is Michael Jordan. So according to our formula, he’s a 99 and nobody else is.

Ah, so each rating scales to the particular best player of all time in that attribute?

Who are some of the Hall of Fame 99s that you use to scale stats?

It’s all relative to their best year. For example, a guy might be a 99 one year, but, since we have different modes like My Team where you can go in and get more creative, maybe when they’re older, they don’t have as good a rating. So, Dennis Rodman in his best year has a 99 in offensive rebounding. We have Larry Bird with a 99 Shot IQ. Post Up is Kareem Abdul-Jabbar. Those are just a few.

I don’t know if you’re a fan of a particular team, but have you ever had to fight the urge to make some secret player on your favorite team have a 90 in something? Because I would probably do that.

I’m actually from Cleveland, and I kind of find myself to be a little more critical. I always try to balance it. It’s tough when you’re the one guy putting in all the attributes. I always try to talk to people that I respect about making decisions through the course of the season when the ratings are going to go up and down based on play. You always want to think about how long someone has to play well before bumping them, how quickly you want to decrease someone’s ratings if they’re playing bad. I try to be unbiased. It’s actually funny because, when these ratings are released, I get a lot of feedback from Cavs fans saying, “Why do you hate the Cavs?”

Some of the ratings, like Shot IQ, we don’t go all the way to the bottom, so …