How Do You Measure Hustle in the NBA? There’s a Stat for That 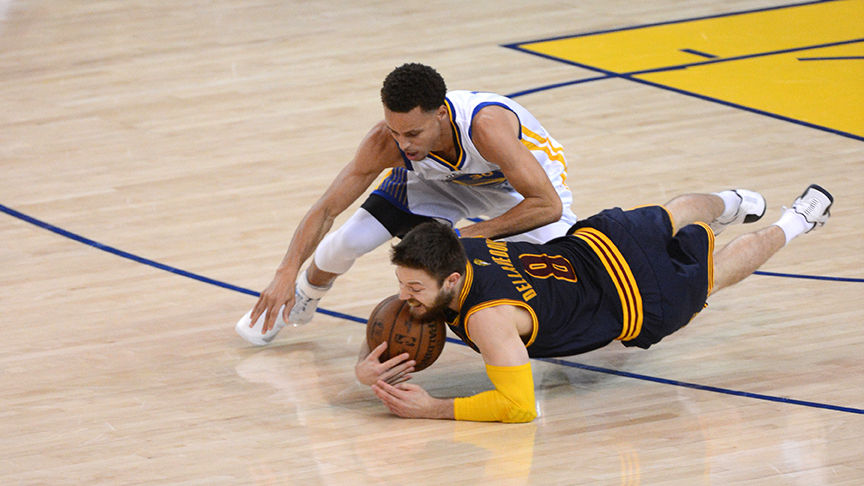 In basketball, defense will always play Robin to offense’s Batman. Yes, defense wins championships. It’s just that, well, when you think of a loved one, do you think of their face or their spinal column? Offense is the charismatic, sexy, brand-selling face of the game. It’s what most people who watch the NBA want to see. Defense is vital, but in a strictly utilitarian sense. Which is why we always equate it with working-class imagery: garbageman, blue collar, lunch pail, hard hat, in the trenches, etc. There nothing wrong with being working-class. But even if that’s what you are, don’t you — doesn’t everyone — aspire to something else? Do you daydream of lunch pails or game winners?

Maybe that’s why nobody thought blocks (or steals) were worthy of recording until the 1973-74 NBA season. And maybe that’s why, deep into the post-Sloan analytics era, tools for examining the offensive side of the game outnumber those for the defensive side. PER — which, if it isn’t the best one-stop statistic for gauging a player’s contributions, is certainly the most widely used — falls short when it comes to measuring defense. Blocks and steals are fine, but neither make a distinction between engaged, intelligent play and wild, Iverson-ian gambling. Our best tools for assessing defense — defensive rating and real plus/minus — are comparatively indirect in the way they arrive at their numbers.

The NBA, using this past summer league as a laboratory, is working on changing that with the introduction of five “hustle stats.”

“We got to thinking,” Kiki Vandeweghe told me. He’s been the NBA’s senior vice-president of basketball operations since March 2013, and we were speaking in one of the carpeted meeting rooms on the ground floor of the Cox Pavilion, which served as one of the league’s offices at summer league. Hustle stats, according to Vandeweghe, were born out of a simple question: “How can we quantify the intangibles of the game?”

For the math-inclined, here is the formula for the NBA’s composite “hustle stat” (which I will henceforth refer to as a hustle rating), with the caveat that the NBA is still very early in this process and that anything here, I would assume, could change:

In addition to logging each instance of hustle, the stat sheets included a catch-all stat for each player, like a hustle rating, that’s a weighted sum of the player’s grit, grind, and dirty-work contributions during a particular game.

“We thought let’s try to track these things during summer league. We knew that the coaches would like them. We knew that the GMs would like them. Players like them — especially players who don’t score all the points. These are the things that actually win games for you,” Vandeweghe said. “We wanted to bring that to the fans. Obviously, you’ve heard Adam [Silver] talking about transparency — more data. And this is just another way that fans can enjoy the game and get a deeper understanding of why a team is winning or losing. Or why a team would play a certain player? Why would a coach put in a guy like Draymond Green?”

Vandeweghe was an outstanding scorer as a player at UCLA, then with the Nuggets (where he was a two-time All-Star) and Trail Blazers, before a back injury slowed his output in his final years with the Knicks and the Clippers. In his post-playing career, he’s best known for being the GM of the Nuggets from 2001 to 2006, during which time the team drafted Carmelo Anthony, who I just wanted to mention here so that anyone Googling “Carmelo Anthony defense” will find this article. Even at 56, with the same chestnut brown hair as his playing days and a laid-back California garrulousness, Vandeweghe looks fit enough to drop 20 points on someone right now.

There are two central ironies to the march of analytics from the Internet forum hinterlands to being the primary way we talk about basketball. For one, as advanced as these stats are, most of what they do is illuminate common-sense concepts about the game. For another, all the blowback against analytics overshadows the fact that coaches have been keeping their own advanced stats for years. Most famously, the late Dean Smith had been keeping track of per-possession stats since the 1960s.

“We used to track all this stuff,” Vandeweghe said. “All the coaches have it. All the coaches talk about it — halftime, after the game, during practice. [They] talk about deflections, contested shots; how many loose balls have you chased down? All those things. Lots of times I’ve been in a locker room, and I’ve had a lot of great coaches from Jack Ramsay to Pat Riley, Larry Brown. Lots of times even they were surprised. ‘Oh, we had 10 deflections in a half. OK, I’m not so mad at you.’ I think that’s really the genesis behind this.”

If you’re paranoid enough, there’s also a cynical way to view the slow-roll matriculation of defense-based statistics from the coach’s office to increasingly common usage. (Besides defense always being offense’s sidekick, I mean.) It’s a low-key great way to not pay guys whose contributions lie on the defensive side of the court. Teams have always wanted guys like Draymond Green. They just never wanted to pay them $85 million.

So when will we get our hands on these not-so-new-but-new-to-us metrics?

“That’s a good question,” Vandeweghe said. “The idea was, do this now, as the pilot program. What we always try to do is solicit feedback from the teams. We’ll canvass the teams, we’ll look at it ourselves, and ask how can we improve this. That’s one of the great things about working under Adam. He’s always saying, ‘There’s no sacred cows here. You try to improve what we can. We’re gonna look at everything.’ So one of the ways you do that is you talk to the teams who are out there on the court. And not just the players, but the coaches, the GMs. What did you like? What did you not like? Then we’ll probably look at it, experiment with it. Then, at some point, if there’s enough interest, you look at bringing it out full time.”