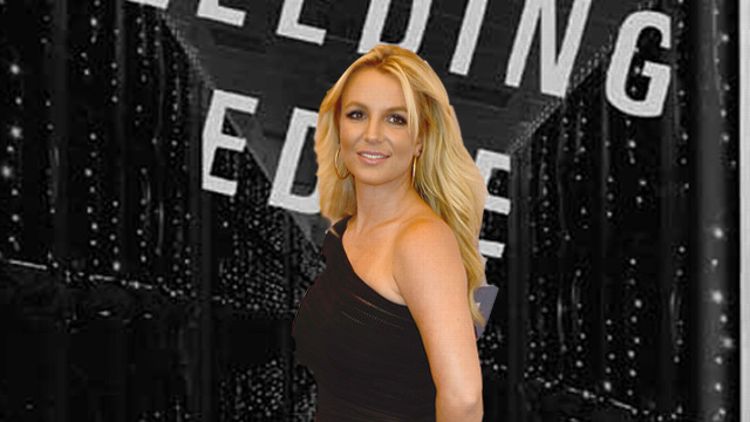 Thomas Pynchon’s new book, Bleeding Edge, is a detective story set in New York City in the months before and after 9/11, so the fact that it abounds with early-21st-century pop-culture references shouldn’t be a surprise. Despite his oeuvre’s reputation as a series of forbidding double-black-diamond runs for thousand-page-doorstop-loving supersnobs, he’s actually an incredibly accessible writer on the sentence-by-sentence level, and most of his books repeatedly invoke the vernacular art forms — movies, pop records, television — of the moment in which they’re set. In The Crying of Lot 49 people talk about “She Loves You” and write manifestos attacking Perry Mason; Philip Marlowe and the Sub-Mariner pop up in Gravity’s Rainbow; 2009’s early-’70s-set Inherent Vice mentions close to 100 songs and bands and more than 30 television shows.

The story goes that someone once asked Pynchon’s sister what her brother was most likely to be doing at that moment, and she answered, “Watching The Brady Bunch.” (Both Bleeding Edge and Inherent Vice mention the episode in which Jan Brady gets a wig, clearly a Pynchon favorite.) Pop is the only form of culture Pynchon seems to want anything to do with. He doesn’t do interviews and hasn’t consented to be photographed since the ’50s. But he’s voiced a (bag-headed) version of himself on The Simpsons, colluded with the rock band Lotion in its successful attempt to troll The New Yorker, and given script notes (through an intermediary) on a 1994 episode of The John Larroquette Show in which a Pynchon sighting was a plot point. The original script made reference to him wearing a Willy DeVille T-shirt; in a 1996 Pynchon un-profile, Nancy Jo Sales spoke to Larroquette writer Don Reo, who said Pynchon made it clear that “although he likes Willy DeVille he would prefer if it were a T-shirt with Roky Erickson of the 13th Floor Elevators.”

In other words: Whatever we know or don’t know about Thomas Pynchon as a result of his long self-imposed exile from public-figuredom, we know from his fiction that he is aware there is an invention called television and on that invention they show shows. We also know that while he zealously guards his privacy, he’s lived on the Upper West Side of Manhattan since 1990, when he married literary agent Melanie Jackson, and that he’s presumably spent those years absorbing just as much media ephemera as any other modern guy who lives in a large city and occasionally goes outside. Still, on Page 7 of Bleeding Edge, when you hit that first by-name reference to Britney Spears, it feels like the world has tilted a few degrees. There’s no reason why Thomas Pynchon shouldn’t know who Britney Spears is. And yet it’s completely strange to imagine him sitting at a desk thinking about her. When you read Bleeding Edge you have that experience on almost every other page, until the image of Pynchon, chronicler of countercultural Ragnaroks, pondering the right words to describe Psyduck almost, almost stops being weird.

The page of my notebook where I took note of particularly curious-from-a-Pynchon-standpoint people and products and events in this book looks a little like this:

Virtual insanity! “All, as Ace Ventura sez, and even sings, righty then,” Pynchon writes, as if he knows exactly how hard he’s blowing your mind by quoting a movie where Jim Carrey makes his butt talk.

And that’s just the 21st-century stuff. I’m leaving out the references to Madonna’s “Borderline,” Steely Dan, Elvis Hitler’s mash-up of “Purple Haze” and the Green Acres theme song, and that time Krystle had to pawn her ring on Dynasty, as well as the running joke about poorly cast celebrity biopics carried over from Vineland (Edward Norton in The Anton Chekhov Story, Ben Stiller in The Fred MacMurray Story, etc.), and the multi-paragraph description of a fictional film called Love’s Nickel Defense that a character watches on the equally fictional Afro-American Romance Channel. And while that list of references above probably brings to mind Bret Easton Ellis or Mark Leyner at their most achingly hip and proper noun–Tourettic — or the parts of I Am Charlotte Simmons when Tom Wolfe attempts to write rap lyrics, still the single most embarrassing moment in 21st century literature — the strangest thing about Bleeding Edge may be how carefully considered each name-drop seems to be. It’s clear from his descriptions that Pynchon actually understands his pop trash from the inside out, whether it’s the ever-accelerating Tetris theme song, “Korobushka” (“the anthem of nineties workplace fecklessness”), or Christopher Walken’s speech pattern (“a graceful derangement of emphasis”).

There’s really only one reference in the book — to a supposedly über-hip character wanting and getting a “Rachel” haircut in 2001 — that really fell flat for me. (I also found the possibly magical Kozmo.com delivery guy a little twee.) Most of the time, though, Pynchon actually uses these unlikely signifiers to reveal character. When Lucas, one of the designers of a Second Life–like virtual world, cites his influences as “Neo-Tokyo from Akira, Ghost in the Shell, [and] Metal Gear Solid by Hideo Kojima, or as he’s known around my crib, God,” we know right away what the virtual world looks like, but also learn a little bit about Lucas’s pretensions. When Maxine, Pynchon’s fraud-investigator protagonist, goes undercover at a strip club, the DJ’s mix features “way too much Moby for Maxine’s taste, except possibly ‘That’s When I Reach for My Revolver.'” When a character shows up for a date with Maxine dressed in a “Purple Drank t-shirt,” she’s dismayed by his self-conscious attempt at hipness. Later, she runs into an Asian “gongsta rapper” (self-proclaimed) who announces he’s on Team Nas in Nas’s feud with Jay Z, because, c’mon, “‘The World Is Yours,’ how can anything ever compare?”

It all peaks on September 8, when the book’s nominal villain, billionaire software-company CEO and “pioneer dickhead” Gabriel Ice, throws the most epic pink-slip party in Silicon Alley history, a retro late-’90s-themed affair whose actual theme is denial. Guests in instant-kitsch 20th-century fashion (“fauxhawks and fades and emo hair, mops and crops and Japanese princess cuts, Von Dutch trucker-cap knockoffs, temporary tattoos, spliffs hanging off lips, Matrix-era Ray-Bans”) dance to “Blink-182, Echo and the Bunnymen, Barenaked Ladies, Bone Thugs-n-Harmony, and other sentimental oldies.” A ticker scrolls “vintage stock quotations from the boom-years NASDAQ” while Bill Clinton parses the meaning of “is” on a giant LED screen, which gives way to “the announcement trailer for Halo, clips from the Dilbert animated TV series and the first season of SpongeBob, Roman Coppola’s Boo.com commercials, Monica Lewinsky hosting SNL, Susan Lucci finally winning a Daytime Emmy for Erica Kane, with Urge Overkill’s song of the same name deejayed in as accompaniment.” When the party’s finally over, the recessional music is Semisonic’s “Closing Time,” serving here as “a four-chord farewell to the old century. Former and future nerdistocracy slowly, and to look at them you’d think reluctantly, filtering back out into the street, into the long September which has been with them in a virtual way since spring before last, continuing only to deepen. Putting their street faces back on for it.”

Pynchon has a son named Jackson, born in 1991, who would have been about 10 in 2001, so maybe it’s not strange at all that his memories of the pre-9/11 era involve Beast Wars: Transformers and Solid Snake going after the DARPA chief. Or maybe he has a bunch of NDA’d interns bringing him printed-out Wikipedia pages each morning. Either way, this book’s engagement with pop neatly (if inadvertently) rebukes the suspect notion that you have to strap on noise-cancelling headphones, put gum in your Ethernet port, and generally swear off learning anything about the modern world in order to write good fiction. Go figure that it’s the 76-year-old recluse in the Purple Drank T-shirt who wins that argument.

Aaron Paul Drives Angry, Does Not Say 'Bitch' Once in the Need for Speed Trailer