Please Stop Throwing Excrement at GQ Man of the Year Justin Timberlake, Because It’s Bumming Him Out 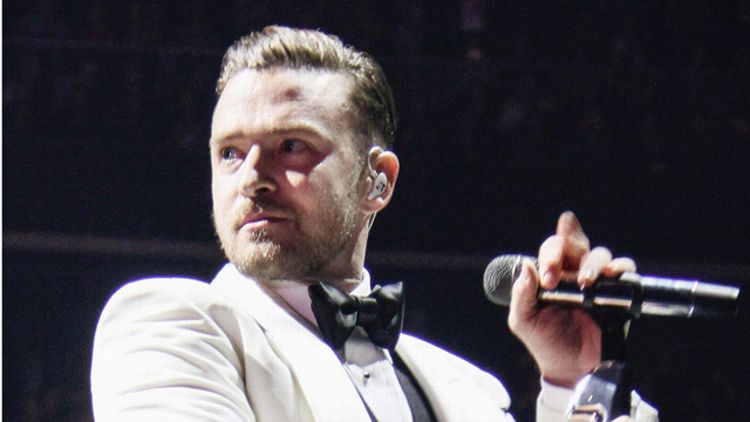 Accompanying the accolade was an intimate feature on Timberlake, with the author spending time with him in the Memphis Grizzlies arena, asking him questions about life. The first sentence of the piece is a sort of PSA from Justin Timberlake.

“So I find it ironic that I’m doing an interview with you about Man of the Year when I feel — literally — like a bunch of people just took a shit on my face.”

Stop all currently running presses. What is this? I don’t like a world where Justin Timberlake feels like his face is covered in figurative poo, let alone literal poo. That’s not the world I signed up to live in, when I signed up all those years ago. Especially considering that face. Justin on that face:

“This face … This recognizable face that you work so hard to get — not because you want the recognition but because you know you’re made to do it.”

Why come after Justin? What did Justin do to you? When did entertaining and singing and dancing and sometimes wearing funny hats become grounds to attack one’s face with bodily waste? Why does someone want Justin Timberlake to stop acting? Why, in reference to his new album, The 20/20 Experience, Vol 2., did someone tell him to “leave his second half at home”?

These are my questions. Justin has a set of his own:

“Where did all this vitriol come from? It’s mean. And I’m not cut out for it.”

By “vitriol,” assume he means “feces.” Where did it all come from and why is it on his face? It is mean and, truthfully, no one is cut out to be covered in it, Justin. It’s not just you. Justin, on the response to his new film, Runner, Runner:

“The movie didn’t do well at the box office, so I should quit?”

No, Justin. Never. Wipe the hater-leavings off your face and keep going. To severely paraphrase your friend Jay Z in “Heart of the City,” “Young’ns ice-grilling you, ohh — they’re not feeling you? Fine, it costs you nothing, just wipe the feces off your face and pay them no mind.”

But if you want to, feel free. Fight fire with fire. Feces with feces.

“If I was somebody else, you wouldn’t have said that.”

“I have the number one album this week, and I shouldn’t have released it? Come on, man.”

“It just shocked me because, like, you’re trade magazines.“

You’re really going for it, aren’t you? I LOVE IT, KEEP GOING.

“None of your opinions count.”

YOUR FACE IS CLEAN AND NOW THEIR FACES ARE COVERED WITH THE AFOREMENTIONED HUMAN WASTE THAT WAS ONCE ON YOUR FACE.

If there’s one thing we’re learning about Justin in this interview, it’s that if you’re going to defecate on or near Justin’s face, you best be ready get defecated on by Justin Timberlake in response. BRING THE PAIN, JUSTIN. GIVE THEM THE TKO.

“I’m from this town, and I grew up with a little bit of a chip on my shoulder, so sometimes I find it funny that I’ve been able to acquire the patience it takes to be kind to people in our business.”

What the heck was that, Justin? I just built you up to deliver the ultimate smackdown, and now you’re talking about “patience” and “being kind” to people. That was like an EDM buildup followed by a flute solo. As your hype man, I hope you’re not out here wasting my time. I swear I’ll literally shi—

“Because sometimes I just want to fucking kill everybody.”

Classic Timberlake fake-out. I knew you had it in you. It’s clear this isn’t “Tearing Up My Heart” Justin that you’re stepping to, feces haters. This is Justin Timberlake, alleged age 32. Justin, on his alleged age:

“I’ve been doing this professionally since I was 10 … If entertainment years were dog years, man, I’d be like Gandhi. I’d be like 250 years old.”

You think one doo-doo drone strike is going to keep my man JT down? He’s been in the game for 250 dog years. And my guy just compared himself to Gandhi after admitting he sometimes has the urge to kill everybody.

But you have to assume that even Gandhi had those urges on occasion. He just kept them to himself. But not JT. No holding back with this guy. An example of Justin Timberlake not holding back:

“Michael McDonald is one of the greatest singers of all time.”

See what I mean? Legends talking about legends. What a guy.

In conclusion, a final message, from me to the haters:

HOW FUCKING DARE ANYONE OUT THERE MAKE FUN OF JUSTIN AFTER ALL HE’S BEEN THROUGH! HE LOVES HIS AUNT, HE HASN’T GONE THROUGH A DIVORCE OR HAD ANY KIDS, BUT HIS WIFE TURNED OUT TO BE JESSICA BIEL! ALL YOU PEOPLE CARE ABOUT IS READERS AND MAKING MONEY OFF OF HIM! HE’S A HUMAN!!!!!!! WHAT YOU DON’T REALIZE IS THAT JUSTIN IS MAKING YOU ALL THIS MONEY AND ALL YOU DO IS WRITE A BUNCH OF CRAP ABOUT HIM! HE HASN’T PERFORMED ONSTAGE IN DAYS! HIS SONG IS CALLED “MIRRORS” FOR A REASON BECAUSE ALL YOU PEOPLE WANT IS MORE MORE MORE MORE MORE!!!!!!! LEAVE HIM ALONE!!!!! YOU’RE LUCKY HE EVEN PERFORMED FOR YOU BASTARDS! LEAVE JUSTIN ALONE!!!!!! PLEASE! VARIETY TALKED ABOUT TALENT AND SAID IF JUSTIN WAS TALENTED HE WOULD’VE PULLED IT OFF NO MATTER WHAT! SPEAKING OF PROFESSIONALISM, WHEN IS IT PROFESSIONAL TO PUBLICLY BASH SOMEONE WHO’S GOING THROUGH A HARD TIME?! LEAVE JUSTIN ALONE! PLEEEEASE! LEAVE JUSTIN TIMBERLAKE ALONE RIGHT NOW!!!!!!I MEAN IT! ANYONE WHO HAS A PROBLEM WITH HIM YOU DEAL WITH ME, REMBERT BROWNE! BECAUSE HE’S NOT WELL RIGHT NOW! LEAVE HIM ALONE!

Let's Talk About Celine Dion: Why She Still Matters