Let’s Talk About Celine Dion: Why She Still Matters 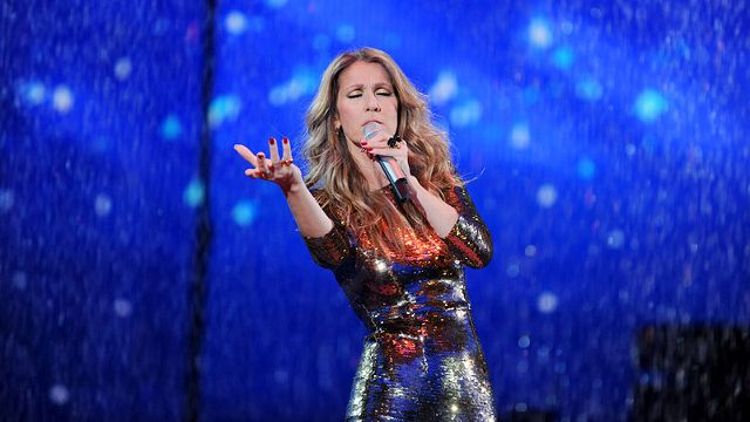 Do you watch American Idol? Have you ever watched American Idol? Of course you have! It’s popular. But it’s sad, too. Every year the country spends half a television season watching contestants sing. They vote for their favorite performer — or against yours. The weeks grind on. Someone wins, even though we all realize that there is no culturally significant difference between a champion and her trail of vanquished competitors. Despite increasingly smaller numbers, Americans still watch in droves. With regard to the show as a catapult to fame, however, we might have moved on.

But that’s not what’s sad about American Idol — or sadder still about The X Factor. What’s sad is that it doesn’t give you the winner you want. The first couple of seasons, we didn’t what know we wanted, which was lucky for Kelly Clarkson and Carrie Underwood. The culture was just different enough then. But eventually — maybe after Underwood’s season in 2005 — you’d listen to the advice of the judges and hear comments from friends, critics, and select social-media guides and realize you don’t really want to watch a stranger evolve into a star.

This is supposed to be Lady Gaga’s week. Today her ambitious quasi-conceptual circus, Artpop, comes to everytown. But last week Dion released her first English-language album since 2005, the year she had her notorious meltdown, with Larry King, on behalf of the victims of Hurricane Katrina. The album is called Loved Me Back to Life. So is the first single. And with Dion, the concept is simple: There isn’t one. But that doesn’t mean there isn’t a strategy. Her gale-force approach to singing has been tempered. She’s suddenly the most human-sounding of the mass-market superstars. Her moment with King was not about a bowl of unwanted green M&M’s. It was about a city of underwater black people.

Her rare public episodes of divadom are those not of an egotist, but a superhero. She’s a diva against evil. But she’s also a 45-year-old woman who released a record into the same marketplace as, say, Lorde, who’s less than half her age. You assume she’s familiar with the kind of prevalent vocal frippery and sonic neighborhoods that her music tends not to visit. And you wonder whether she’ll remain in her adult-contemporary village or step into some gentrified sound. The best thing about Loved Me Back to Life is that she does both without debasing herself. I very much like Madonna’s Hard Candy from 2008. But Madonna has hit several speed bumps on the road to cultural currency. The worry with Dion releasing her first record in six years is that she’d have a major accident. But the beats on this record are just right for her. For instance, Dion and dubstep: Who knew?

Still, it’s momentarily terrifying hearing the first couple seconds of the title song, which open the record. She stutters — “I-I-I-I …” — like a machine. You think, “Come on, Celine! You’re better than that.” Then there’s that title. Was she dead? Is this Celine la zombie? Could that stutter be electricity surging through her circuits? She’s been away. In Vegas. In love. In maternity. And now’s she returned.

“Loved Me Back to Life” didn’t come out in time to conquer Halloween. But it’s a Halloween song. Dion would be dressed like the Bride of Frankenstein. The song is about us recharging the bolts in her neck, “night after night.” If she’s had her doubts about being Celine Dion, one of the biggest-selling acts in the history of recorded music and one of Earth’s most mocked artists, she was casting them off. She knows people find her annoying, ridiculous, over-the-top, corny. She would never make a song about her haters. Leave that to her partner in flamboyant Katrina-era compassion, Kanye West. She now just sounds irritated while singing about her supporters. It’s an ingenious kind of “fuck you.”

This is a strong album. I’ve always imagined that when Beyoncé’s hair is blowing it’s Dion’s voice powering it. The appeal of that voice is its excess. Sometimes that sundae just needs extra fudge. Nonetheless, this album is a breakthrough. She’s returned to the sort of phrasing she usually does in French, and most of the record has an edge of anger and melancholy. On “Water and a Flame,” she operates at a simmer that takes in all kinds of regret. Her voice acquires a kind of charred, fraying quality.

Later, Stevie Wonder joins Dion for a cover of his song “Overjoyed,” from his last completely great album, 1985’s In Square Circle. (It’s the one with “Go Home” and “Part-Time Lover.”) Dion isn’t overjoyed at all, even though she is singing with one of her heroes. But that’s because she’s serving the songs instead of the songs serving her. Dion doesn’t need to sell billions of records anymore. She can take risks, and perhaps one of those risks is simply interpreting music.

This album does need a duet with Ne-Yo, whom Dion does not steamroll. This album does need the song he wrote for her (“Thank You”). It needs the funk of the producer Tricky Stewart and down-comforter arrangements of Babyface. Dion may not sound happy on this record, but she does sound like she’s found some kind of peace.

The best thing ever written about Dion is also one of the best things ever written about any pop star. It’s Carl Wilson’s Let’s Talk About Love: A Journey to the End of Taste. It was part of Bloomsbury’s 33⅓ album-criticism series. In it, Wilson wrestles with his own contempt for Dion while essaying what it means to adore or despise any work of culture. I thought I loved Dion unashamedly. But in reading Wilson’s deft unpacking, I realized that, despite my mother and me singing “Where Does My Heart Beat Now?” together in our kitchen more than once, Dion had actually always been a source of ambivalence for me.

Dion is not cool. And despite her three years of sold-out Vegas shows, she’s not quite kitsch. Loving her cannot be done with any cloak of irony. You have to love Dion on her terms. You have to love her head-on. Hers is not a chanteuse-y love. It’s a big, epic love. It’s bath-soaking love. It’s both cashmere and frozen-food aisle love. It’s a love that makes you climb a StairMaster to grab it. When Dion performs in the ornate pantsuits, with gymnastic gesticulation, you’re seeing a style that matches the voice. You’re at Cirque du Soleil. But have you seen good Cirque du Soleil? It can be amazing.

Dion is some deep combination of Barbra Streisand, Marion Bartoli, and some self-help book you’d never read. If you believe in this woman, it’s because she believes in herself. Of course, Dion hasn’t forgotten the little Quebecois with the bad teeth she used to be. The best moment on the new album is her version of Janis Ian’s “At Seventeen.” This is the sort of tribute that might drive you crazy about Celine Dion. Who still needs this 38-year-old anthem about an adolescent not fitting in? Dion does. And her interpretation is moving whether or not you know that Dion had her teeth capped and grew up the runt in a giant penniless family. It moves you because Dion does her job. She sells the lyrics, the way Idol contestants so often never do. So often they choose to cover tired songs obvious to their personal backstories and fail to make that crucial emotional connection.

Again, why wait week after week for a click that almost never comes when you have this loved-back-to-life Dion? She sells both the pain of rejection in Ian’s unfashionable classic and the private pride of self-acceptance. What’s most moving is that she does both without having to raise her voice.