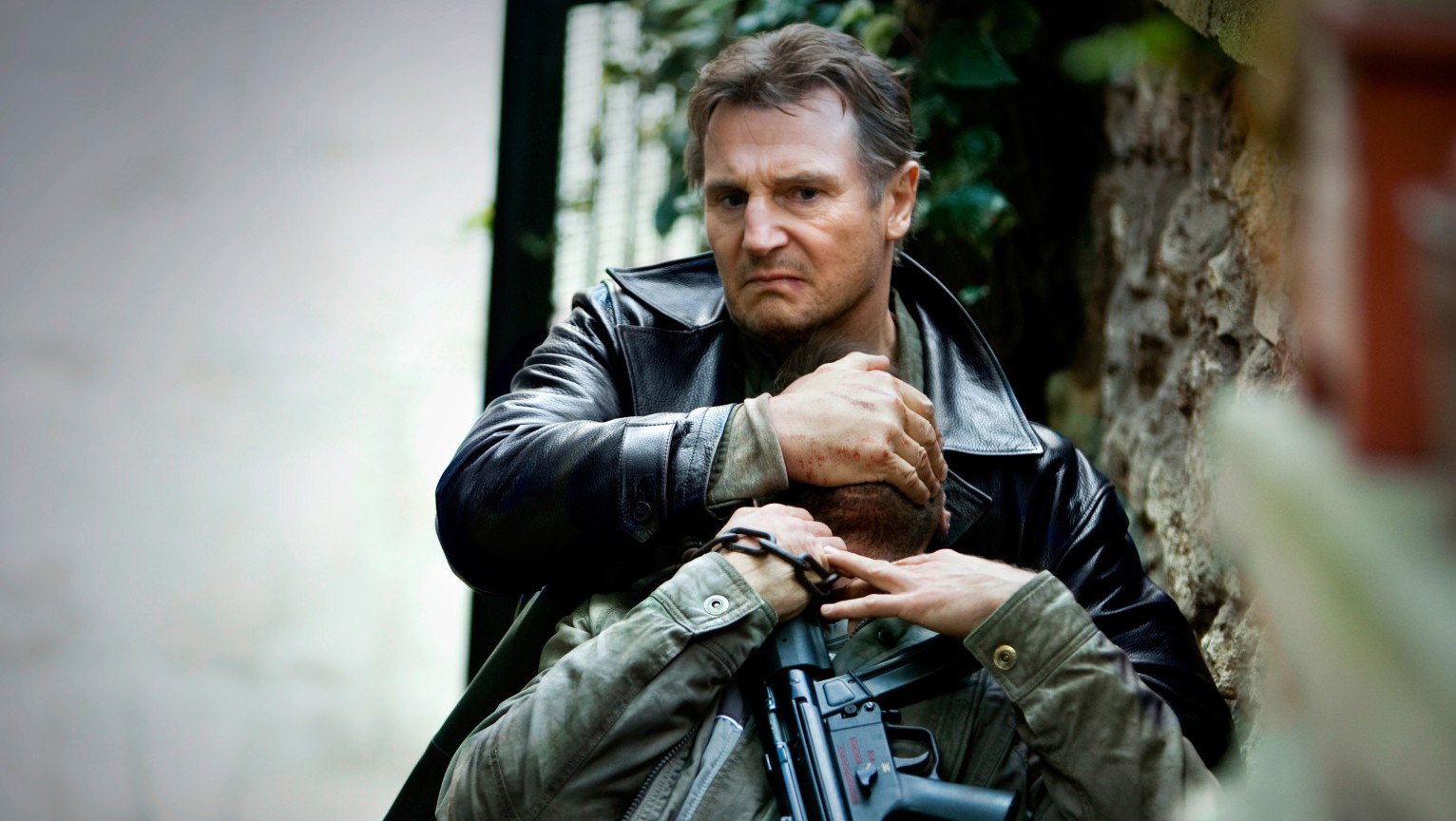 Out this week is A Walk Among the Tombstones, another notch in the wonderfully bloodied bedpost that has been Liam Neeson’s post-Taken career. By now the basic template, as laid down by the ur-text of Taken, should be familiar to you: Neeson is a weary, haunted Man Alone fighting powerful forces that lurk in the shadowy abyss, far beyond his control — well, at least until Neeson heads to the abyss and finds those forces and knocks them square in the face with the butt of his gun a bunch of times. You know: It’s a Liam Neeson Kills Everyone movie.

That Neeson should keep making these movies ad infinitum goes without saying. But will he? Beyond 2015’s Taken 3 [prayer hands emoji], Liam doesn’t actually have a bunch of B-movie shoot-’em-ups on the roster. Even more dangerously, he’s currently slated for Silence, Martin Scorsese’s passion project, an awards-bait number about Jesuit priests on missionary expeditions in Japan in the 17th century. This could be very bad for us: If Liam Neeson is suddenly reminded he’s still one of the best working actors alive, will he return to the world of prestige from whence he came, never to give us fugue-state/double-cross/murder-rampage delights again?!

Just as a preemptive measure, we’ve gone ahead and ginned up some plot ideas for more LNKE movies. Hollywood, take what you will. We can’t let the LNKE die.

Option No. 1: OK, so the basic underlying concept is that someone whom Neeson cares for deeply is TAKEN from him (see: Taken), thereby turning on an endless spigot of vengeance. In Taken 2, it’s Liam and his wife who are taken; in Unknown, it’s his wife again, only via the trickier method of memory erasure and IRL identity theft. In Tombstones, though, it’s someone else’s wife entirely who’s taken! Following the trend to its natural conclusion, then: What if it’s not only someone whom Liam barely knows, but actively dislikes? Like, how far will Liam go to save his overly friendly next-door neighbor (think Stephen Tobolowsky, doing a sly nod to Ned Ryerson) from the clutches of Romanian webcam gangsters catering specifically to people with fetishes for suburban dads with male-pattern baldness? How far?!!!

Option No. 2: This year’s Non-Stop took the Liam Neeson experience UP into the NOT SO FRIENDLY skies, and it totally slayed. And what really made it click was the enclosed space: In limited room, where the claustrophobia mirrored our dude’s increasingly suffocating paranoia, the sullen magnetism of rumpled Liam worked, arguably, better than ever. So what other tiny spaces can we trap him in? Elevator, subway car, captain’s quarters on a particularly old, particularly derelict boat, blah blah blah, predictable. How about we, oh, I don’t know, shrink Liam Neeson and all that he cares about down to microscopic size and have him save a loved one out of a beehive or a pulmonary artery? Bonus is that this can double as a Honey I Shrunk the Kids/Magic School Bus reboot. As long as he still kills everyone in the end.

Option No. 3: Sickeningly underrated in the post-Taken canon? Survivalist plane-crash-to-wolf-attack banger The Grey. Actively cliché-defying and surprisingly restrained, it still provides the wolf-killing-not-for-fun-or-sport-but-for-life joys that we crave. What I’m trying to say is we need more Liam Neeson, Man Alone Vs. A Whole Bunch Of Bloodthirsty Animals. Maybe the penguins at the Coney Island aquarium capture Liam’s niece? Maybe he gets lost in the middle of an Australian-bush walkabout and heads smack into a pit of ravenous kangaroos? Maybe a bunch of velociraptors come back via a Pacific Rim–esque portal and our only line of defense is Liam Neeson and a handgun and three bullets and a half-pack of Marlboro Reds?!

Option No. 4: This one is neither here nor there: Did you know Liam Neeson is from a town in Ireland called Ballymena? That he left in 1978, first to Dublin, then London, then finally Hollywood? Now, with that information in hand: Would you like to see Liam return to Ballymena? Take us on a kind of heartwarming coming-home docu-series tour, of the sights and sounds and salt-of-the-earth folks that shaped him into the person he is today? OK, so, once all that happens: Would you then like a rampaging band of those godless heathen ingrates from neighboring Ballymoney to come stomping into town, only to be put down by the ever-steady hand of Liam Neeson? I’m just saying: We still wanna see Liam Neeson Kill Everyone; sometimes we just don’t wanna see it coming.

Option No. 5: One important thing to remember: If we’re to enjoy another decade of LNKE movies, we CANNOT let him become Nicolas Cage. No demons, no mysteriously powerful chalices, no human-inhabiting ghost motorcyclists; Neeson is about grit. Sandy, sandy grit. (Which is interesting because, within all that, he still found the time to dip into swords-and-sandals fantasia and release a meme-kraken.) But, like: Eventually, Liam Neeson’s gonna need to save someone from Hell, right? Literal Hell?

Here’s a thought, then: Let’s go ahead and send him to Hell — to, uh, save his goddaughter’s boyfriend? — but keep it grounded. How? Easy. Have him fight not spirits and ghouls, but only the greatest monsters from human history. Um, they’ll definitely be down there! Neeson goes up to Lucifer’s frozen mouth and slams Judas, Brutus, and Cassius in the foreheads with a nearby wrench. Neeson traverses deeper into the corners of Hell and breaks Stalin’s and Mao’s arms in close-cropped hand-to-hand combat. Neeson finds Hitler and beats him to a pulp and then steals his gun and then handcuffs him to a bathroom sink. And then eventually, of course, Liam Neeson Kills Everyone.

Filed Under: Movies, Liam Neeson, taken, a walk among the tombstones

Q&A: ‘The Honorable Woman’ Creator Hugo Blick on Maggie Gyllenhaal, the Middle East As a Stage, and Longform Televison