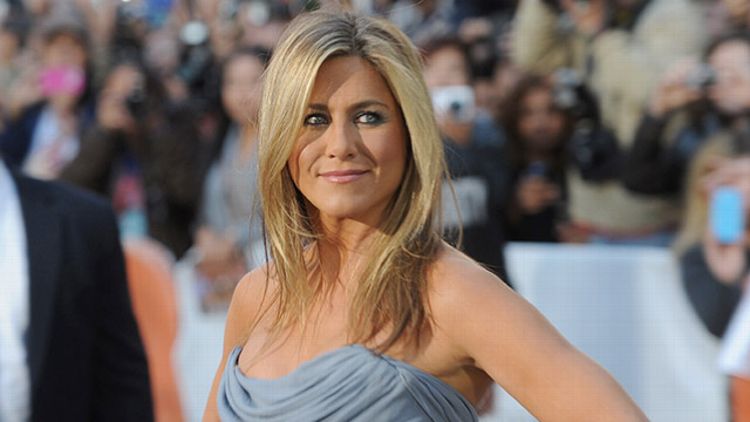 Coming straight from the mouth of Nurse Jamie, the “aesthetic nurse guru” who is at least partially to blame for the ball ironing fad of 2013 (George Clooney inspired the service, Nurse Jamie’s spa supplied it for $575 a treatment), “celebrity-inspired makeovers have become increasingly common,” especially among men. For $100,000, a patient can request a full-face job to replace his or her own hideous features with plastic- and goo-formed replicas of someone else’s.

This is not a new phenomenon, but the fact that it’s becoming more popular sure is a mystery (if not a lie). Because, you know, imitative cosmetic procedures always turns out so well, and surgery’s such a breeze. The two most popular faces in the shopping cart, according to Nurse Jamie, are Jennifer Aniston’s and Hugh Jackman’s, though if you’re body-browsing you’ve probably added Gisele Bündchen and Channing Tatum to your cart already. The Rag Poet DM gets quite colorful with the story, invoking images of “pillowy lips” (Angelina Jolie), “porcelain skin” (Katy Perry), a “chiseled jawline” (Keira Knightley) and “feline eyes” (Megan Fox), as well as Ian Somerhalder’s “piercing-blue glassy peepers” — and good luck with that, as vanity eyeball transplants are still, as far as I know, at least a year away. The piece is equal parts Hollywood oddity and self-hatred accelerator, with a semi-disclaimer tacked onto the end that Nurse Jamie will not treat anyone who she suspects might have body dysmorphia (that is, if his or her “fascination with looking like someone famous appears out of control”).

No matter how ugly things get, or how downtrodden you feel, one of your sources of comfort should be that we as a country have moved past a certain type of reality show that burned brightly from 2004-05 before exploding. We had The Swan, a show I think will probably be shown in high school history classrooms (via hologram) in 30 years to aghast students who won’t even believe it was actually possible there were two seasons and that the participants were not androids. The Swan wasn’t even alone during that era: MTV’s I Want a Famous Face, which has been compared to “watching people play Mr. Potato Head with their own bodies and minds,” featured a subject who underwent surgery to better resemble Aniston in an effort to piss off her ex-husband. That means that for almost a decade, people have been paying doctors to make them all look like one woman — which also means you may one day find yourself sandwiched in the Starbucks line between two different generations of Jennifers. Obviously, that’s creepy, and not just creepy but retro-creepy: The Swan and I Want a Famous Face were a caution against what we were becoming, and neither could sustain viewership for very long. Those shows dumped right on your very soul. We’re almost at the point where they seem to belong not only to another time, but another planet. And yet … ball ironing, right here on earth.

Over the course of the past year, we’ve become increasingly fascinated by the popularity of plastic surgery in South Korea, where an estimated one in five women has had at least one procedure, and many are ready to supply “photos of starlets whose faces they want to copy.” The South Korean series Let Me In provides services to its featured subjects, reportedly in exchange for using their before and after photos to advertise for their surgeons. But not us, man. We saw The Swan, and Nurse Jamie’s full of bunk. Everything is OK. We are centered and in the now.

Oh. Ahem. Look at that. The Swan’s celebrity edition is scheduled for later this year, a two-hour special possibly featuring Monica Lewinsky and Erin Moran from Happy Days. You know what? I think I’d rather watch starfish disintegrate in water.

Freak Show & Tell: No Taste Tests in the Drugstore