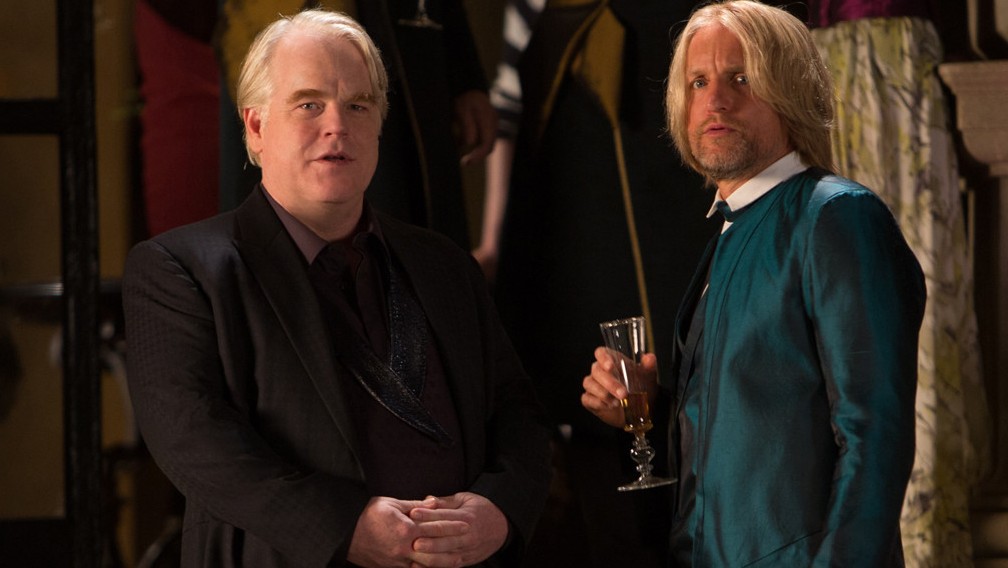 A Lionsgate insider tells The Hollywood Reporter that while The Hunger Games’ two-part finale has nearly all of Philip Seymour Hoffman’s work in the can, one “major, emotional scene” was left unfilmed. “We’re all extraordinarily sad,” a Lionsgate exec says of Hoffman’s death. “But as it relates to production, it’s going to have no impact. Obviously, we’re going to have a couple of work-around issues but the movie will be creatively whole. His performances in both movies will be up to the best of his craft. We feel it will be a good tribute to him.” Hoffman had one week of filming left.

Surely there are PSH fans out there who’ve steered clear of the Hunger Games blast zone; right now they’re probably thinking things like C’mon and Shut up and Not even Hoffman the god can get me to care about another young-adult series — nope. That camp might be intrigued to know that Hoffman was in fact his excellent actorly self in November’s Catching Fire, as he likely will be in both parts of Mockingjay. It’s also worth noting that while Hoffman saw semi-limited screen time in Catching Fire, his character, Plutarch Heavensbee, becomes a power player at the outset of the Mockingjay novel.

As to how director Francis Lawrence and his team will handle Hoffman’s absence in regard to this big unfinished scene, a source says “they seem to have plans that don’t seem very complicated … you can do digital things, you can have conversations where you’re not focusing on him but the people he’s talking to.” THR also sought the professional opinion of Rob Legato, a visual effects supervisor with Oscars under his belt for Titanic and Hugo. “These days the technology of using someone’s likeness is a whole lot easier to do,” Legato says. “I won’t say you could generate a Philip Seymour Hoffman with all the acting ability, but you could certainly replicate him for a shot or two.” So that’s getting slightly into the creepy zone, but here’s where the scale tips: “Legato predicts that in the future, insurance companies may require actors in big films to be scanned and have a range of facial expressions recorded in advance ‘in case something like this does happen — and it seems to have happened quite a bit lately.'” Neither Mockingjay release date will be altered. Part 1 is set for this November, with Part 2 following in November 2015.