Freak Show & Tell: No Taste Tests in the Drugstore 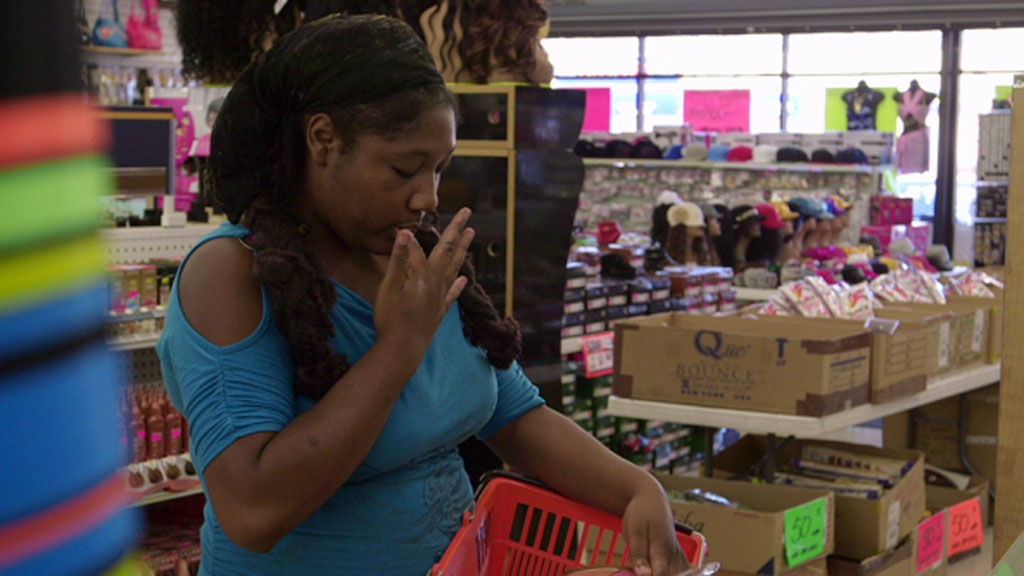 Who Is This Now? Brittoni.

Why Are We Watching Her? She’s telling us about her addiction to eating makeup.

How Did She Get Here? When she was a kid, she was fascinated by the color and thought if it looked so enticing, it must also taste good. Also, there may be a genetic component to her interest in eating drugstore items: When she sits down with her mother and sister to confess her addiction, we learn that all three of them have, for years, garnished their breakfast doughnuts with baby powder.

What’s the Grossest Thing We See? Brittoni tells us that when she’s deciding which cosmetics to buy, she opens and tastes them in the store, sometimes leaving them if she doesn’t care for the flavor. We see her do this, sticking a grubby finger into the pressed powder and then bringing it up to her mouth. This particular occasion, the one she directly licks goes into her basket, but who knows about the other times?

What Have We Learned? Never, ever, ever buy open cosmetic containers.

Why Are We Watching Him? He’s going through live-in couples therapy with his girlfriend, Kelsey.

How Did He Get Here? She wants to work on their relationship because she’s distressed by his infidelities.

What’s the Grossest Thing We See? Ghost expresses his dismay that he’s been roped into therapy when he and Kelsey have only been seeing each other for six months. In fact, he’s been seeing at least one other woman, Latrice, for two years — far longer than he’s been with Kelsey. And in a two-on-one session with Dr. Jenn Berman, Ghost suggests that he and Kelsey have a session with Latrice, essentially so he can figure out which one he’s going to go with. He then goes outside with Kelsey, where he makes sexual overtures in total ignorance of how angry she is. Almost worse than that, when she icily turns him down, he asks her to go inside and get him a drink of apple juice.

What Have We Learned? Based on the fact that Kelsey returns with the apple juice but throws it in Ghost’s face (no pun intended), this relationship may not make it to a summit with Latrice.

Why Are We Watching Him? He’s walking us through the process of giving a client a special surprise.

How Did He Get Here? Brace is a prostitute (in Las Vegas, where it’s legal).

What’s the Grossest Thing We See? What Brace knows about his client, Molly, is that she’s interested in the Renaissance era. So he decides he’s going to surprise her by coming to her dressed as a centaur. None of his fellow gigolos sees fit to inform him that centaurs have nothing to do with the Renaissance — but Molly does, when she sees him. However, she rolls with it, even though the whole time Brace is having sex with her, the back half of his costume is being filled out by Bradley, another gigolo who gets assigned the horse-butt role based on his status as “the new guy.” So basically, it’s a threesome with a nonparticipant who’s stuck under what’s essentially a faux-fur tarp, getting hotter and hotter, crouching behind Brace as he thrusts away in a series of sexual positions.

What Have We Learned? Gigolo hazing is pretty disgusting.