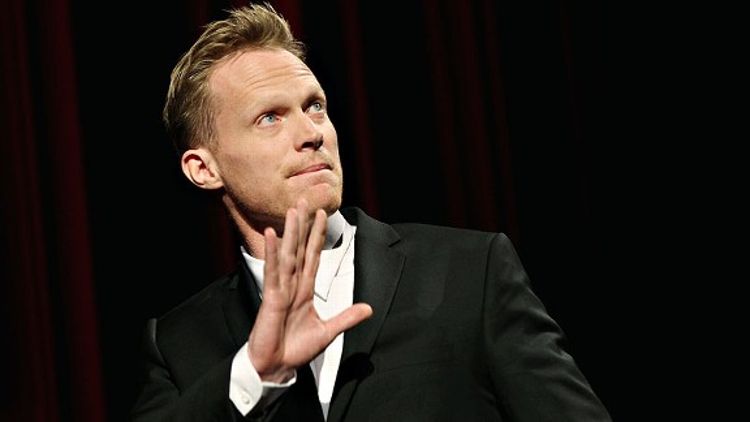 Paul Bettany is in talks for Showtime’s Masters of Sex, an adaptation of Thomas Maier‘s book Masters of Sex: The Life and Times of William Masters and Virginia Johnson, the Couple Who Taught America How to Love. Masters and Johnson were sixties pioneers in human sexuality research, and the show will follow their relationship as well as the cultural impact of their research. In the first episode, the origins and intricacies of the baseball/sex analogy are explored. Grade: B+ [Deadline]

Russell Brand will star in and produce the Warner Bros. comedy The President Stole My Girlfriend. Says Brand: “In this movie, the president steals the girlfriend of a sexy hippie — me, obviously … It was inspired by the night I naively invited [Warner president] Jeff Robinov for dinner.” Cheeky and servile! A deadly combination. Grade: A- [HR]

Sacha Baron Cohen has joined Quentin Tarantino‘s slave-revenge epic Django Unchained in a “minor but showy role of a off-kilter gambler who buys [Jamie Foxx’s character’s] wife (Kerry Washington) much to his misfortune.” That last sound bit sounds like he gets murdered, probably in some gruesome manner. Perfect! Grade: A [HR]

Mamie Gummer has signed up for Claire’s Cambodia, an indie dramedy written and directed by Stacy Sherman about three estranged sisters who can’t put aside their beef even when their father becomes terminally ill. Gummer, who is Meryl Streep‘s daughter, has done a lot of theater work up to date, but appears to be headed in the same big-screen path as her mother. All she has to do now is get nominated for, like, a billion Oscars, and they’ll practically have had the same career. Grade: B [Deadline]

Weeds creator Jenji Kohan‘s new comedy, Orange Is the New Black, has been picked up for a thirteen-episode season that will air directly on Netflix. The show is an adaptation of Piper Kerman‘s memoir of the same name, about a year she spent in prison after her involvement in a drug-smuggling and money-laundering scheme. This is the second series Netflix has picked up, following David Fincher and Kevin Spacey‘s House of Cards. One more such pickup and your cable box might actually break out in tears. Grade: B+ [Deadline]

Just How Good Is Al Pacino In Jack and Jill?