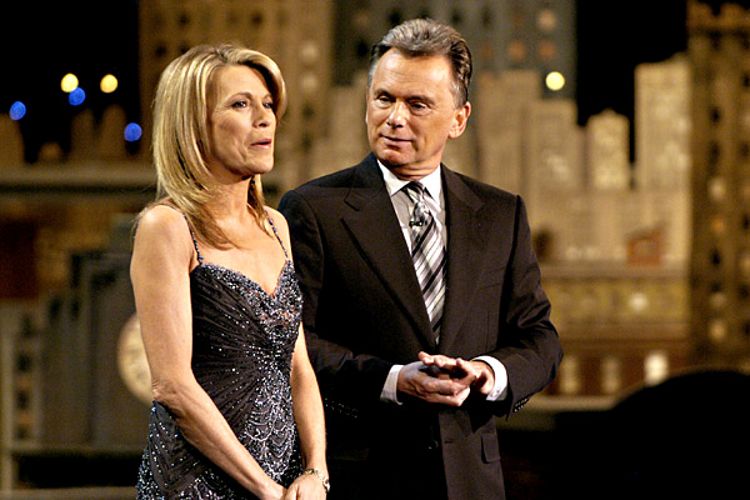 Pat Sajak popped up on ESPN2’s Dan Le Batard is Highly Questionable Wednesday, and finally got asked the question we’ve all been thinking all these years. Namely: “Have you ever done Wheel of Fortune a little bit drunk?” And he has! Take it away, Pat:

“When I first started and was much younger and could tolerate those things … We had a different show then. You didn’t win money, you won fake money with which you could buy cheesy prices. A turntable would go around and housewives from Teaneck would say, ‘uhhh for a $100 I’ll have the lamp. No, I’ll have the … ‘ It was the most boring two minutes of television. But because we had all those prizes, we had endless time between shows. Our dinner breaks would be two-and-a-half hours long while they drove in new cars and boats and gazebos and stuff. At NBC at Burbank we had a place called Los Arco’s across the street, which is Spanish, as you know, for the Arcos … ” (Note: A Chris Farley reference!) ” … and they served great margaritas. Me and Vanna [White] would go across and have two or three or six, and then come and do the last shows, and have trouble recognizing the alphabet. They’re really good tapes to get a hold of.”

So the shows you taped while wasted were good?

“I had a great time. I have no idea if the shows were any good. But no one said anything so I guess I did okay. Now if I were to inhale the cork in a bottle of wine I’d keel over, I’m getting a little older. I would be hesitant to have anything to drink. Although I’m hammered at this moment.”

The weird thing is that Sajak delivers the whole confession in his perfectly slick broadcaster voice, but that’s probably just how you have very conversation after decades and decades of TV personality-dom. Still, who knew Pat Sajak could be self-deprecatingly funny? Also, who knew he used to get wasted during Wheel of Fortune? This is the mid-’80s we’re talking about; the “boozy lunch move,” I’m pretty sure, was badass back then, too. I’d always thought that, in the deathless battle between Sajak and Alex Trebek for “coolest host of long-running game show created by Merv Griffin,” Pat would forever run a distant second. A few more stories about degenerate behavior involving Vanna White, though, and Trebek may have a competition on his hands. Just in case, Alex, you should probably start prepping your “I used to do Jeopardy! on peyote” story.