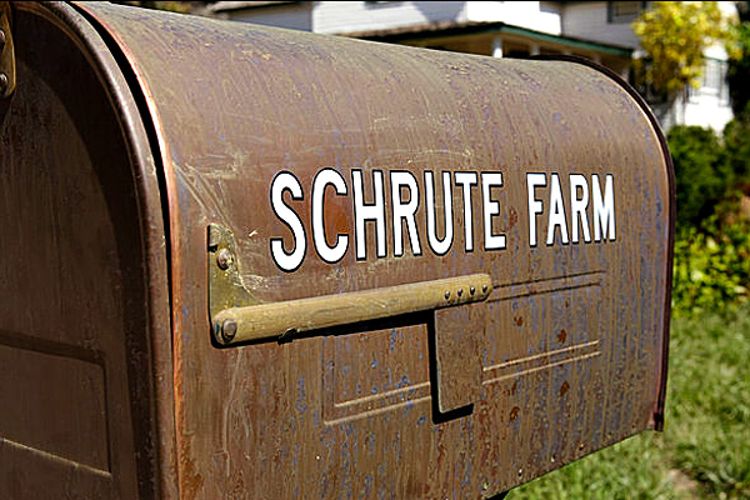 Like most bad ideas, this one emerged at night. The sun had long since set on Scranton yesterday when Deadline broke the story that NBC was pursuing a Dwight Schrute-focused spin-off of The Office. The proposed show, eyed for a midseason debut next year, would focus on Schrute Farms and its beet-centric B&B, filling out the cast with what Deadline’s sources describe as “multiple generatons, many cousins and neighbors.” While sitcom spinoffs have a long tradition at the peacock network, for good and ill, it’s hard to imagine this succeeding precisely for the same reasons that Wilson wasn’t given the top job on The Office.

Dwight, while a wonderfully realized comic character, is a foil, not a star. His unpleasant eccentricities work best when others are reacting to them, not when they’re driving the plot. Network yea-sayers will no doubt point to Frasier as an example of a long-running show seguing seamlessly into a new iteration, but the comparison doesn’t hold (beet) water. On Cheers, Frasier Crane was a relatively straight (humorwise, despite what Carla may have suspected) secondary character. His lack of development was what allowed an entirely original series to be constructed around him. This is meant as no slight to the considerable talents of Rainn Wilson – a smart man who is clearly under no illusions about the prospects of The Rocker 2: Still Rocking — or proposed showrunner Paul Lieberstein, but is anyone in America yearning to learn more about the private life of Northeast Pennsylvania’s leading practitioner of Goju-ryu karate? As the myriad failures of Whitney and Are You There, Chelsea? have proven, sitcoms have to be built around people an audience wants to spend time with, not flee. On paper, Schrute Farms sounds a lot more like The Tortellis than Frasier.

But a Dwight spinoff, as unpromising as it sounds, is really only the latest in NBC’s increasingly desperate attempts to stay in the paper business. As Grantland has previously noted, the only thing fading faster than The Office in its first post-Carell season is the ratings fortunes of NBC itself. There were perfectly good reasons, both creative and corporate, to keep the series going minus its signature star. With Ed Helms’ stock rising at the box office, it was worth giving him a chance to rally Dunder-Mifflin under new leadership (he couldn’t) and, in the process, give the network time to seed its schedule with new hits that could eventually replace its one, slightly tarnished jewel. (That didn’t work out too well either.) Now, not only is The Office’s brand damaged, it’s also more valuable than ever to the network: it remains the peacock’s top-rated show among the key 18-49 year-old demographic (things have gotten so ugly that last week’s 10pm airing of The Firm finished in eighth place in the key demo, falling behind such fare as Jersey Shore, a cable rerun of The Big Bang Theory and Rosa de Guadelupe on Univision).

But it might not be time for Mike Schur to break out the witch-hazel and fake neckbeard just yet. The Office’s leads, including Helms, John Krasinski, Mindy Kaling and Wilson, are all unsigned for a prospective ninth season. Bringing them back will be costly, perhaps too costly for a struggling network that’s just trying to keep the lights on. In that case, Schrute Farms becomes more effective as a high-profile hedge than an actual programming decision. By keeping Wilson sweet with the promise of his own show, whether it ever happens or not, should guarantee at least one familiar face at the top of The Office’s call sheet next fall. And to NBC that’s a prospect more valuable than anything that could ever be pulled from the soggy soil of Honesdale, PA.

Filed Under: The office

See all The office