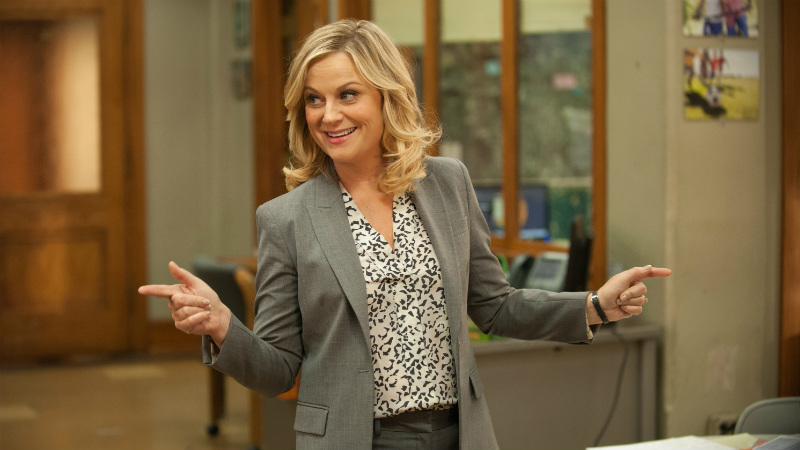 It’s been a good week in Pawnee. On Wednesday evening, NBC officially renewed Parks and Recreation for a seventh season — happy news that was somehow less surprising than it had been in years past, thanks to a combination of NBC chairman Bob Greenblatt’s early vote of confidence and his network’s ongoing sitcom incompetence. And last night, the show aired “Galentine’s Day 2014,” a sweet and tart half hour that immediately stood out as a highlight of what has been an uncharacteristically bumpy season. It was as welcome as a warm plate of waffles after a steady diet of chard.

Though much has been written about Parks and Recreation’s gargantuan heart, not nearly enough attention has been paid to the rate at which it beats. Most sitcoms abjure change. Parks thrives on it, like Ron Swanson on silence or Andy Dwyer on peanut brittle. But this year the show has felt a little gassed, its perpetual smile fraying slightly around the edges. There have been some moments of real grace — Ron’s bang-bang wedding and unannounced parenthood, the artful farewell of Ann and Chris, anything involving Joan Callamezzo and/or Perd Hapley — amid a whole lot of tap dancing. It makes sense: You can be the cardiac kid for only so long. Parks was in danger of cancellation practically from the moment it debuted. Rather than engage death in a chess match, showrunner Mike Schur grabbed the game and took off sprinting. He hasn’t slowed down since. Every year of Parks has built to a context-rattling crescendo, every season finale could double as a series ender. For a show that’s always had to stay two steps ahead of the pack to survive, it must be quite a shock to suddenly realize the race is almost over.

I have a feeling that when Greenblatt unveils NBC’s full fall schedule in May, he’ll announce that the seventh season of Parks will be its last. Depending on how his enormous batch of comedy pilots turn out — and, despite my constant barbs, it’s looking pretty promising — the Leslie Knope farewell tour may look a lot like Liz Lemon’s: 13 episodes to tie a big bow around the whole town. This is not a bad thing. We’re lucky when good shows run for years. We’re luckier when great shows get to choose how they go out. Though I will miss nearly every citizen of the combined Pawnee-Eagleton metroplex — even you, creepy handlebar mustache guy! — it’s tough to argue that it’s not time to say good-bye.

One of the greatest things Schur and his writers accomplished on Parks was their commitment to treating these occasionally cartoony characters like real, emotional people. Every one of them has past lives (Donna’s apparently involves long-conning Keith Sweat), buried hopes and secret dreams. Parks is always good for a few clever tweaks — Tom’s emergence as a competent “business liaison” is a nice landing spot for a velvet-suited guy whose plausibility seemed in real danger of going the way of Entertainment 720. But the reality is, after six years, these folks have all gone just about as far as they can go while still staying put. As The Office proved, even the coziest of television environs will eventually start feeling like a prison. This year Leslie has flirted with a bigger stage, essentially pressing pause on a plush federal job so she could continue serving the candy-addled ingrates who enthusiastically threw her out of elected office. But as Ben proved with his now-dead dream of calzones, sometimes you have to walk away from the thing you love most in order to be truly happy. 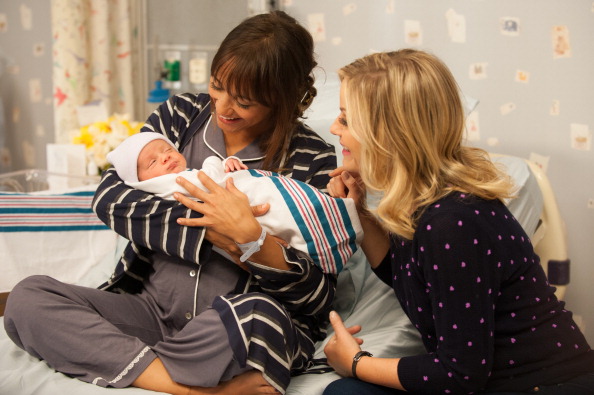 Perhaps that’s one of the reasons last night’s episode felt so welcome. The story — credited to Emma Fletcher and Rachna Fruchbom — wasn’t so much about Leslie embracing change as it was about her learning to live with letting go. Despite her best efforts, she can’t replace her friendship with Ann. (Though I would argue that (1) Tom definitely has some opinions about Sandra Bullock’s skirt length and (2) any opportunity for more time with Ethel Beavers and especially Alison Becker’s Shauna Malwae-Tweep is well worth it.) The supporting women in her life like Donna and April are as essential as they always have been. But they can’t be what Ann was to Leslie, and I’m happy Schur isn’t going to make them try. It was a subtle refutation of the Cousin Oliver approach to sitcoms, in which characters are swapped in and out like drill bits and the status quo is propped up with guest stars and Scotch tape. It was nice to see Rashida Jones back so soon to share a tender moment with Amy Poehler, but her appearance only served to make her departure seem even more appropriate. Pawnee has an infinite number of bees — and a surprisingly robust tent-rental industry! — but only so many stories left to tell.

This all probably sounds a bit more elegiac than it ought to, especially since I’m still giggling over the way Chris Pratt ate concrete on the playground. Even with a couple teeth knocked out, Parks and Recreation remains one of the most enjoyable shows on television. Nothing on the air, comedy or drama, is as insightful about human failings and still so perversely optimistic about human behavior. That’s why I have absolute faith that whatever swag was rented out this year will be back in spades for Parks’ final run. And that when the time comes, like Leslie, the show will know how to gracefully concede.

‘Step Up: All In’ Trailer: The ‘Step Up’ Franchise Goes Vegas

‘Parenthood’ Cry of the Week: You’re Not Weird!