The 30 Rock Finale: An Essentially Perfect End to One of the Funniest Comedies of All Time 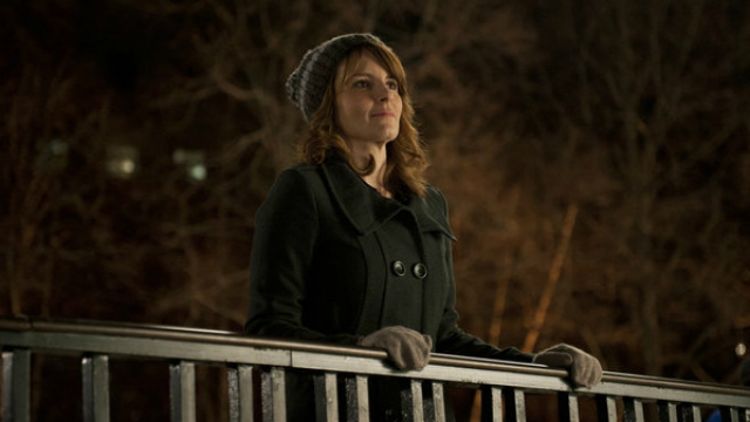 The cult of TV brilliance, like a runner on third with less than two outs, demands sacrifice. What unites classic, obsessed-over shows like Freaks and Geeks, Undeclared, and Arrested Development isn’t just their sparkling dialogue; it’s their martyrdom. All three were shows that had plenty of time to be great but not nearly enough to disappoint. The unrealized promise of all the jokes and seasons we, as fans, were denied helps prop up the legend and maintain the purity of the sect. It’s not enough to love the episodes we did get; one must also burn with resentment for all the ones we were denied. Like James Dean, Kurt Cobain, or Four Loko, the most fiercely beloved TV shows tend to be the ones that died too soon.

But not 30 Rock. Despite ticking all the boxes for early cancellation — too smart, too funny, too New York (at least it wasn’t burdened with Justin Bartha) — 30 Rock is the rare cult show that survived. No — it thrived. For seven seasons it churned out brilliant jokes with the efficacy and precision of a finely calibrated fart machine. It invented holidays and catchphrases. It tangled bravely with race and ludicrously with celebrity. Snakes were tamed and sharks were loosed. Ghostface Killah rapped about muffins. Muppets sang at a funeral. At its worst it was good. At its best it was transcendent. It’s not enough to say that 30 Rock didn’t die. Its whole life was thunder.

Which is why, the morning after the finale, and a full 19 minutes since the last laudatory essay was published (and only seven until the next one arrives; if everyone who listened to the Velvet Underground started a band then I have to believe everyone who watched this show at least contributed to a Buzzfeed slideshow about it), I still can’t stop thinking that we took 30 Rock for granted. If the show had been canceled after “The Source Awards” — well, my people (and Jenna’s lawyers) have a word for that: Dayenu. A.V. Club commenters would still be clamoring for a reunion movie, late adopters would be harassing Lonny Ross on the set of Homeland. (What? Tina Fey only held him back!)

But I watched a first-season episode of 30 Rock yesterday, just to help contextualize everything. (“Jack-tor.” Tracy pretends to be illiterate. Everyone enjoys some delicious Diet Snapple.) And it was like watching a sumo wrestler running wind sprints in molasses. Hilarious and strangely arousing, yes. But so slow! Compared to the delirious, meta-textual cartoon the show became in later years, this was Steamboat Willie. While comedy snobs moved on to the next not-big-enough thing, 30 Rock kept gaining speed. Incredibly, it didn’t follow the well-worn path of the standard cult comedy (die young, leave a Netflixable corpse) or the popular comedy blueprint (start charming, have them kiss in Season 2 or 3, coast on warmth and familiarity). Instead, it got better.

Is it because we never saw Tina Fey sweat — or smelled her gym bag — that we came to expect this kind of otherworldly steadiness of quality and tone? If there had been a few more half-seasons where the knockoff-brand Cheeto dust was visible (yeah, looking at you, spring of 2010!), would there have been a cleaner narrative arc to glom onto: 30 Rock bounces back? It feels odd to slight a show for constant Reaganing, but in the age of Twitter sometimes you need to Carter just to get some attention. That’s why I think history will be even kinder to 30 Rock than all of us sentimental critic types have been this week. When we revere Seinfeld we forget about the later seasons; the Charlize Theron business on Arrested Development wasn’t nearly as amusing as you remember it. 30 Rock will never be remembered as the warmest sitcom or the most welcoming — as Tracy put it last night, “not a lot of people watched it, but the joke’s on you: We got paid anyway!” — but it may well have been the funniest.

It also knew when and how to say good-bye. Last night’s two-parter was, like Alec Baldwin’s hair, essentially perfect. It was outrageous and hilarious, insidery, relentless, and insane. It was sweeping and it was stupid. It featured two kinds of heaving and one kind of turtle meat. The short-lived reversal of Liz and Jack — one dying to work, the other desperate for life — was typically artful and a well-earned final burst of their wonderfully platonic relationship. She called him “just an alcoholic with a great voice” who messed up her life plan of “eating night cheese and transitioning [her] pajamas into daywear.” He accused her of “unsharkulate”-ing him. But their non-suicidal final parting — featuring the world’s shortest boat trip and the tantalizing promise of see-through dishwashers — was touching and earned. They made fun of saying they loved each other (after all, it’s just a word derived from a term for “a hot bowl of bear meat or your enemy’s skull, split”) and didn’t really need to, because duh. But Liz said it anyway, because at this point in her life she can get away with doing both; just like it’s OK for her to prefer working to staying home, or to shush people in a crowded movie theater, or to get Tom Colicchio fired. 30 Rock was a show devoted to the idea that it was maybe almost possible to have your cake and smash it into someone else’s face, too. Kind of mostly having it all is what Liz — and Tina Fey — do best.

So, yes. I could list the jokes. They were sterling to the end. (I particularly enjoyed “The night is young and neither are you,” the “unusual clauses” in Tracy’s contract that weren’t like the “two Santas” Kenneth saw kissing on the highway, Tanned Penis Island, and Liz’s affection for “Manhattan’s largest out-of-business blazer dump”). But the element of 30 Rock‘s humor that shined brightest in the finale was its honesty. Now, there are few words less funny than that one (maybe “pledge,” “tent,” or “hematoma”), but bear with me. Even at the end, 30 Rock never deviated from its core beliefs: that TV, like New York City and (apparently) being a woman, is simultaneously the best and the worst. That the most serious things are the ones you can laugh about and the funniest things definitely do not happen intentionally (and certainly not on live sketch shows; I will always admire 30 Rock for insisting — and repeatedly demonstrating — that TGS was horrible). In this, 30 Rock was like a broader, more expansive version of other critically lauded comedies like Louie and Curb Your Enthusiasm, presenting a perfectly crystallized, highly personal point of view. So of course the finale had hugs, but the huggers were dressed as Hitlers. And even in the midst of the farewells, there was time for ingenious jabs at the things that really matter to people like Tina Fey — oh, screw it. Literally to Tina Fey: suffocatingly liberal parenting blogs and what to order for lunch when you work in midtown or, say, Queens.

And it also allowed for a scene like the one at the strip club (where they also rendezvoused in the pilot) between Liz and Tracy. In the shadow of a skank train, the two said good-bye in a way I’ve never seen on a sitcom, which is to say completely free of bullshit. (Unless it was a scatological skank train; the camera, mercifully, didn’t pan upwards.) Work friends aren’t friend-friends, and sometimes they’re better, but more often they don’t even make sense. They’re the ones that surround us when the crazy stuff happens; the ones we can’t wait to get away from because we know they’ll be right back there again tomorrow. But “because the human heart is not properly connected to the human brain,” we love them anyway. And even that might not be enough to do more than a cursory Facebook like on their birthdays. Anyone who’s ever listened to Tracy Morgan’s painfully open interview on Fresh Air a few years ago knows how much he appreciates this part, and specifically this woman, for giving it to him; one gets the sense that Tina Fey has, if anything, been realer to him than Liz Lemon ever was to Tracy Jordan. It was a beautiful moment that pushed past the fourth wall without breaking it. I’d be lying if I didn’t admit that more than a few tears went out to get cigarettes before it was over.

By the time the credits rolled, nearly everyone had gotten the farewell he or she deserved — even Lutz. Pete had a few blessed moments of freedom — and got to finish his charity 5K. Sue got pregnant. Brian Williams got that mirror on his bathroom floor he’s always wanted. The fates of others were more complicated: Grizz and Hers looks like a more palatable option than TGS ever was, but it’s not exactly fulfilling art. But this, too, was part of 30 Rock‘s toughness: We never saw any evidence that Liz was particularly good at writing comedy. We just know she was brilliant at the infuriating little things: putting out fires (lit to ward off Frankensteins), ordering sushi, changing her plans when a fat man falls from the ceiling onto said sushi. But she’s got Criss and her kids. Not baby steps, but sometimes adopted 8-year-old steps are good enough. Jack was back doing what he did best, not necessarily what he loved best. Kenneth’s innocent love for broadcasting guaranteed him an immortal life of green-lighting terrible television. Even Jenna was denied fame or implants or marriage — but she did get the very last shot of the show, which would have mattered more to her anyway. This all seemed right. The show may not, but flerm goes on. Despite making audiences extremely happy for 138 episodes, 30 Rock itself always took the idea of happiness seriously enough to wrestle with it and debate it and, just maybe, suggest that it’s never quite attainable, at least not all at once, at least not forever.

Five Questions on American Idol: Why Has This Season Been So Good So Far?