‘The Michael J. Fox Show’ Is Off the Thursday Schedule. So What Now? 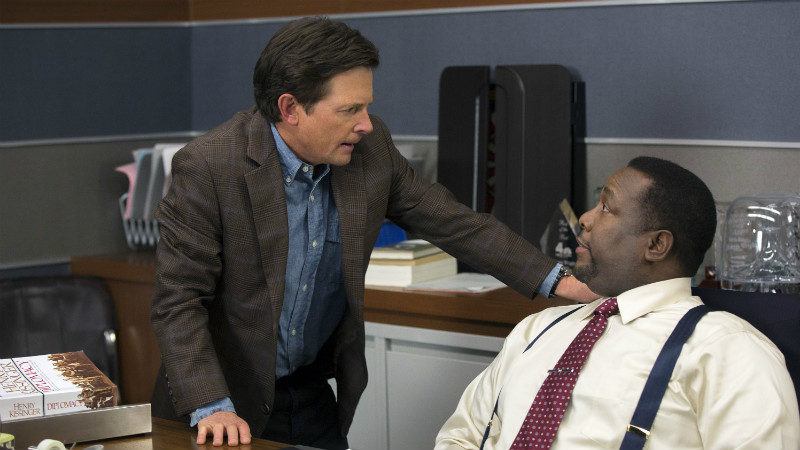 NBC was quick to insist it hadn’t actually canceled Fox, and that it was actively looking for a place to air the remaining seven episodes sometime after April 3. But this seems more like obligation than optimism: Fox’s unique production deal mandated that all 22 episodes would be produced and aired. Thanks to its early start, production on the show has already wrapped. When those final seven episodes do hit the screens, it’ll be like staring at the light from a distant, fading star: an opportunity to feast your eyes on something that was actually extinguished long ago.

This is an undignified and unfortunate end for a comeback story that began with great fanfare and even greater expectations. In the summer of 2012, the prospect of Michael J. Fox’s return to regular, episodic television — a grind he had eschewed since leaving Spin City in 2000 — was enticing enough to inspire all four broadcast networks to express interest. But it was NBC that both wanted and needed the show the most. Fox had made his bones on NBC’s air in the ’80s; returning him to the fold felt both natural and significant. A beloved star in a familiar premise was just the sort of project network chairman Bob Greenblatt wanted to prioritize. The aforementioned unprecedented deal that Greenblatt struck — a straight-to-series order with a guarantee of 22 episodes — was emblematic of his confidence in the project as well as the desperation leaking out of NBC’s comedy development department.

As it turns out, what NBC needed wasn’t Michael J. Fox. What it needed was a Show. Greenblatt was so enamored of the first part of the series title that he and his team woefully neglected the second. From the start, the series felt strikingly unformed and inessential. Fox’s charisma was as bright as ever and the performers surrounding him were every bit his equal. (Betsy Brandt and Wendell Pierce shone especially bright, freed, as they were, from the grimness of their previous cable homes.) But when you strip away the parts of the show that had been stripped from Fox’s own biography (popular figure returns to work after being afflicted with Parkinson’s disease), there was precious little left. Was The Michael J. Fox Show a nostalgic throwback? Was it a savvy urban romp? Was Katie Finneran intentionally playing a cartoon? These are things we’ll never know. And as much as I didn’t mind watching the occasional episode, I can’t say I much care about finding out.

NBC sent a bad message in the fall when it scheduled Fox at 9:30 p.m. on Thursdays instead of installing it in the more showy 9 p.m. slot. (It’s there that Sean Saves the World lived and died.) If you’re confident enough to commit to 22 episodes, why not give it pride of place? But the truth is that NBC’s ratings are so bad on Thursday nights (Fox was averaging a putrid 0.7 in the key demographic) that shuffling the schedule is like rearranging the deck chairs on the Prometheus. Despite Greenblatt’s best efforts over his three years in charge, “broad” comedies don’t automatically appeal to large swaths of people, and big stars don’t always translate into big shows. (You’ve been warned, Cos!) Goodwill just isn’t the same thing as good.

What this means for NBC’s long-term outlook isn’t clear. The Blacklist remains a legitimate hit and the Olympics, toilet follies aside, should provide a huge ratings cushion for the imminent debuts of About a Boy and Growing Up Fisher. Parks and Recreation, with its small militia of highly devoted fans, is exactly the sort of show that Greenblatt’s spent his entire tenure trying to eliminate. It has already been granted a miraculous seventh season. Now that, for the second straight year, all of NBC’s new Thursday-night comedies have flopped, I wouldn’t be surprised to see Community granted a once-incomprehensible sixth.

Their continued existence is an important lesson in the two different kinds of fandom: passive and active. The fact that everyone loves Michael J. Fox (and Sean Hayes, and Bill Cosby) didn’t mean everyone was motivated to watch his show. After all, the still in-demand Fox isn’t going anywhere. He’ll be fine. (And on The Good Wife again soon.) Only a relatively small number of people love visiting Pawnee and Greendale, but every single one of them can be counted on to tune in, week after week. Why? Because the shows are funny, yes, but also because doing so feels like a way to actively contribute to the survival of a beloved show. TV is now fueled by precisely this sort of active fandom. It’s high time for NBC to stop staring wistfully in the rearview mirror and get itself in gear.

"He died from heroin. We should stop implying that if he’d just taken the proper amount then everything would have been fine." -- Aaron Sorkin on Philip Seymour Hoffman

Silver Lakes Run Deep: The L.A. Women of 'Afternoon Delight' and 'In a World...'