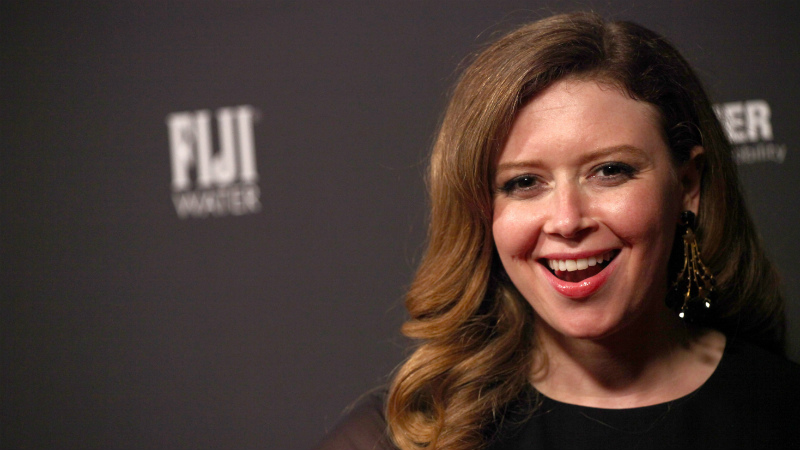 More weeks than not, I find myself in this space waxing negative about NBC. It’s nothing personal, and I can’t say I take much pleasure in it. I’ve come to think of it as part of the job. After all, reporters on the metro desk have to cover car crashes; journalists embedded in war zones can’t just ignore bombs. As long as NBC keeps serving up dogs like Growing Up Fisher, someone’s got to be there to put them down.

So it’s a relief to be the bearer of promising news: Though NBC’s moribund comedy development continues to be unhealthily obsessed with the past, there’s finally a flicker of forward momentum. Yes, Bill Cosby is apparently walking through that door, and we’re only recently removed from NBC Entertainment chairman Bob Greenblatt’s two-year dalliance with Roseanne Barr. But the catastrophic flameouts of both Sean Saves the World and The Michael J. Fox Show seem to have at least singed the curtains in Greenblatt’s executive suite. Because rather than just blindly copy yesterday’s successes, he now seems somewhat interested in making familiar concepts work for today’s audiences.

Case in point is Old Soul, a sitcom that has yet to film a pilot but is already the most promising thing on NBC’s potential 2014-15 schedule. The project hails from producer Amy Poehler (already a good sign!) and writers Josh Bycel and Jonathan Fener (late of Happy Endings — hey, two for two!). David Wain (The State, Wet Hot American Summer) is already signed to direct. (Now we’re cooking with gas!) It’s the story of a recovering party girl turned elder-care provider (Natasha Lyonne!) who discovers she gets along better with the feisty olds at her day job than with her peers. Good as this sounds already, it’s the supporting cast that truly elevates it. Rita Moreno, one of the few humans alive to have achieved a true EGOT, and the infinitely hilarious Fred Willard were the first to sign on. Yesterday came word that incomparable Oscar winner Ellen Burstyn was joining the cast to play Lyonne’s “earthy, New Age lesbian” aunt. (Can I just take a moment to point out that Ellen Burstyn is 81 years old and looks like this? She is the American Helen Mirren and ought to be celebrated as such!) There’s no guarantee this show will be picked up to series, but with a stacked deck like that, there’s also no reason to think it won’t.

Now the obvious caveat: If you squint at a great distance, Old Soul does look vaguely like one of NBC’s, ahem, Golden hits from the ’80s, — in other words, exactly the sort of thing Greenblatt has been desperately, ineptly trying to revive. But as sarcastic as Lyonne can be, she’s no Dorothy Zbornak. Aside from the supernova level of talent involved, what strikes me as so smart about Old Soul is the way it preserves the unimpeachable core idea of Golden Girls — namely, that aging actors can be as funny, charismatic, and appealing as their younger counterparts and often more so — while updating everything else around it. It’s a thought process that also seems to be behind another promising NBC comedy project called Marry Me. From Happy Endings creator David Caspe, it’s a show right in NBC’s ’90s sweet spot — in this case, about attractive youngish people (Casey Wilson and Ken Marino) navigating rom-com terrain — but with the talent and focus to ensure it won’t be another Perfect Couples.

Together, these shows represent a drastic shift away from the creaky thinking that fueled Sean and Fox, a corporate credo that could basically be boiled down to “Well, it worked before!” Pillaging the past isn’t necessarily a bad strategy. If you’re TV Land or Indiana Jones, it can even be quite lucrative. But to compete, NBC needs to make a case for what it is, not what it used to be. Getting Old just might be the first step toward getting it together.

'Parenthood' Cry of the Week: The Bravermans Welcome You Back With a Classic Cuddle Sesh