Overplayed Song of the Week: Taylor Swift, ‘I Knew You Were Trouble’ 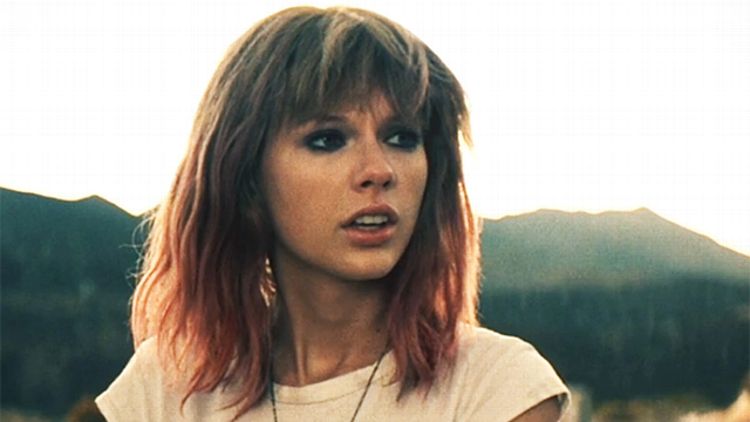 Like anyone else with ears, I ate “Trouble” up when I first heard it. Its original billing as “the Taylor Swift dubstep song” didn’t do justice to what a well-constructed pop song it was, and it seemed like the arrival of a newer, rawer, mad-as-hell Taylor. I would get it stuck in my head for days at a time, and personally, I tend to respect a song’s ability to do that more than begrudge it.

And yet, for all its comparative maturity, there was something still kind of sympathetic and childish lingering behind it. For some reason I couldn’t hear it without imagining millions of 14-year-old girls angrily singing its lyrics into their bedroom mirrors, and in turn, the millions of gawky, emotionally stunted junior high boys they were picturing when they repeated that cry of “trouble, trouble, trouble.” Like I say, I’m entirely sympathetic: When I was that age, Fiona Apple’s “Get Gone” was my rage conduit, and even though that freshman-year heartbreak was very real at the time (the story’s not important; OK, fine, a guy friend of mine who I was obviously also crushing on agreed to “go out” with me only to avoid me for two weeks and then “break up” with me and also not be my friend anymore, ugh, MEN), whenever I hear the Fiona song a part of me is falling down with gratitude that time passes and we don’t have to stay teenage idiots forever.

I guess that’s why I was so taken aback by the serious-as-a-heart-attack video for “I Knew You Were Trouble,” which juxtaposes an intensely dramatic Del Reysian spoken-word intro with the bouncy guitars that open the song. Even if it was about a disastrous affair, part of “Trouble” always sounded fun, like something nerdy Taylor from the “You Belong With Me” video would dance around to. The music video’s bleak tone sucks all the air out of that notion, and corroborates the current narrative of Swift’s intense lack of self-awareness more economically than any Harry Styles fling ever could. It also draws attention to how, for all the sonic differences, Swift’s emotional/lyrical approach hasn’t actually changed that much. It’s easy to trick yourself into thinking you hear some kind of perspective or hindsight in this song, but the more I hear it, the more I have my doubts.

While I can still respect how obscenely catchy “Trouble” is (thanks again, Max!) and how Swift is playing around with genres and pioneering sisstep (thanks, Molly!), I have a hard time seeing it as a sign of this new, grown-up Taylor Swift that every review of Red seemed to talk about. Swift may be “lying on the cold hard ground” instead of “standing on a balcony in the summer air” but she still is processing reality as a series of things that befall her. This isn’t to say there aren’t signs of maturity elsewhere on the record — the title track “Red,” for all its high school poetry color metaphors, hints at an effort to reconcile past happiness with present disappointment, and at least in “22,” the next single that was just announced, there’s a sense of agency (even if it’s shamelessly borrowed from Ke$ha, right down to the pronunciation of “hipster.”)

About that sisstep — while I don’t expect Swift to come out with anything that’s going to leave me in a neck brace, after the 50th listen, with the novelty all but wiped away, that drop sounds more like something you’d hear on a preview for the next Shahs of Sunset than at a club. It’s still a contextual eyebrow-raiser, but more in a strings-on-“Time Of Your Life” way than anything else. The abrupt transition after the first chorus to the second verse only adds to the sense that the riff was dragged-and-dropped into the middle of the song.

I’ve historically not been a big fan of bridges. More often than not, they end up being the weakest part of the song and seem more obligatory than inspired. A good rule of thumb is that if a bridge goes off on another tangent lyrically, it tend to crash and burn — even a seemingly unstoppable song like No Doubt’s “Spiderwebs” falls into this trap (Actually, most of the songs on Tragic Kingdom are probably the reason I don’t like bridges.) Conversely, if the bridge simply reinforces or distills the main thrust of the song, it can make that last chorus the most meaningful thing you’ve heard in the last four minutes. The bridge on “Trouble” is short, but it contains the song’s simplest, purest expression, and gives it a huge boost for its last leg.

And the saddest fear comes creeping in
That you never loved me or her, or anyone, or anything

That being said, I can’t be alone in thinking she’s about to say “Or him” instead of “Or anyone” every time I hear this song. Every time. It would even rhyme! Kind of! I’m not subscribed to the Taylor Swift listserv, so I’m not sure if we’ve decoded this already, but is the rhyme fakeout an intentional, veiled Jakey Gyllenhaal in-the-closet dig? If so, Holy Dense Text — and I take back everything about Taylor Swift not being the smartest songwriter in the game.