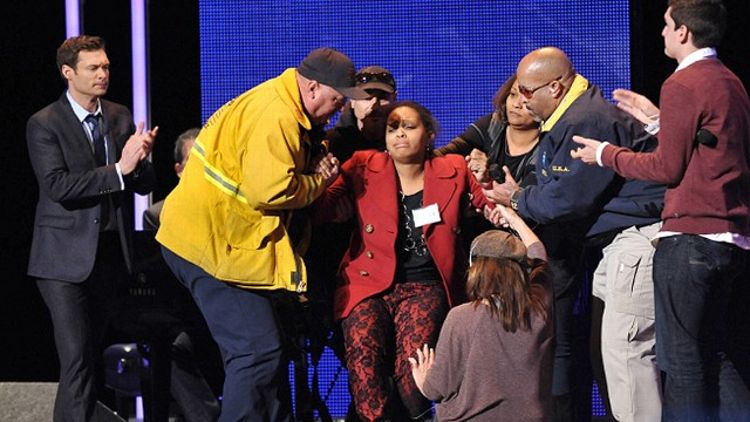 All season, Grantland Idol experts Mark Lisanti and Jay Caspian Kang will answer five very important questions after each performance episode. Jay is “on assignment,” so Fake Jay Kang, Mark’s best guess as to Real Jay Kang’s answers expressed as the unleashed id of the Internet, is pinch-hitting today.

What kind of bullshit was that, where they broadcast an entire Hollywood Week episode with NO PERFORMANCES?

Lisanti: That was some brazen bullshit right there. According to the Idol archivist I e-mailed in a murderous rage last night, there has never been a no-performance episode before. This seems like a risky move given the show’s eroding ratings and the mounting competition from both Christina Aguilera’s cleavage sloshing around in a spinning space-throne and The Murder Factor, which literally slaughtered its own talent to stay in the conversation during its offseason. So, sure, let’s spend an hour dicking around with group-making and swooning, flu-stricken teenagers.

Here’s what last night’s installment offered instead of the usual, totally unnecessary “singing parts” of a singing competition show:

Fake Jay Kang: Read the fine print up top, bros. This wasn’t a performance episode. It was a coughing, puking, and crying episode. We only do performance episodes. I have better shit to do with myself. Do you have any idea how many Jeremy Lin GIFs I could’ve watched just in the time it took me to type this? At least five. And at least three of those would involve elaborate handshakes with Landry Fields. Fake Jaycrest out!

Lisanti: I’m so glad I have you here.

Fake Jay Kang: [texts in from hot tub] I know you are.

Real Jay Caspian Kang has a suspicious knack for missing the most annoying episodes.
Mark Lisanti is a martyr to his “craft.”
Fake Jay Kang has the right idea.