NBC Comedy Recap: The Office’s Best Episode of the Season 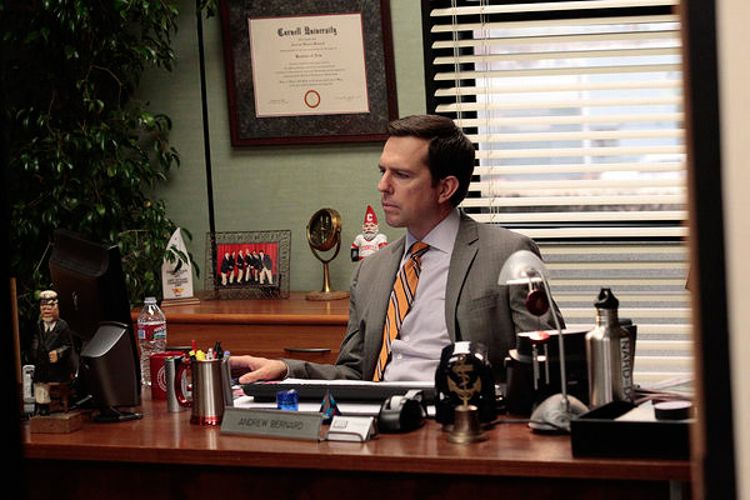 One of the biggest challenges of running a television show is the constant need to make decisions both for the short and long term. Plotting out a full season’s worth of episodes, replete with serialized storylines and naturally paced character development, while still in thrall to the Ritalin-requiring grind of daily production, is the sort of time-management nightmare that could turn Kang the Conqueror into Cathy. So it’s got to be galling for the smart people tasked with administering The Office to read the reactionary jeremiads written by certain critics. Especially because TV isn’t like movies, in which the final product is the final product. (Unless, of course, your name is George Lucas.) Rather, it’s constantly changing and course-correcting. So it’s very likely that the brain trust behind The Office, led by showrunner Paul Lieberstein, was keenly aware of the failings of the first half of the season. By the time desk chair commandos like yours truly were crying cancellation, he and his writers were already weeks ahead, attempting to set things straight. (It’s a risky, difficult repair job that my podcast pal Chris Ryan and I likened to a mechanic tinkering with a NASCAR engine in midlap.)

“Special Project” was by no means perfect. At times, it was barely more than good. But it was still the best episode of The Office this season precisely because it addressed head-on the festering problems that have threatened to sink the show ever since Steve Carell abandoned ship. Problem number one was right at the top. On a practical level, it made sense to devote some time to Andy Bernard’s growing pains as regional manager; it was a big leap for a character whose previous brushes with responsibility were limited to lead falsetto on his college a cappella group’s version of “Bohemian Rhapsody.” Unfortunately, Andy’s wheedling need to be liked — a trait bearable only in the smallest of supporting-character doses — worsened in the new position. Episodes like “The Incentive” and “Garden Party” were one-note duds, making Ed Helms’ attention-starved puppy appear to be a poor substitute for Carell’s preening poodle.

Thankfully, writer Amelie Gillette was given the green light to forget about all of that last night. Her version of Andy Bernard was the same dopey prep he’s always been, only dialed down to more manageable managerial levels. Despite his overreliance on calling people “guys,” it was the first episode in which he appeared comfortable in the boss’s chair — precisely because he himself didn’t question it. Helms is a likable performer when allowed to drift away from farcical extremes and work the middle. (Doubters should Netflix Cedar Rapids and call me in the morning.) It’s a guarantor of success in both business and Turkish prisons: Act like you’ve been there before.

But the larger, near-fatal issue with The Office has been the maddening stasis — the inescapable feeling that all of these cozily familiar characters had lost any remaining vestiges of ambition, pride, or hope. It’s been disconcerting to find myself, week after week, sympathizing with the stooge-like Dwight. His megalomaniacal will to conquer anything that lies in his path — be it paternity claims, professional rivals, or predatory beet parasites — has been the show’s lone spark, a perfect pork anus on an otherwise decomposing corpse.

So it made sense to piggyback the show’s resuscitation onto Dwight’s power-mad machinations. Trusting the creation of a line of Sabre retail stores to a motley crew of paper pushers from Scranton may make about as much sense as a sea-kayaking expedition with Gloria Estefan, but the move immediately sent a charge through the lifeless office. Suddenly these people actually wanted something, whether it was an excuse to wear Tommy Bahama fashions or just to determine a proper response to a maddeningly vague text.

The Dwight-led, mosquito-ravaged, not-quite-dream team may represent The Office’s last best shot at shaking things up. Like a corporate Wizard of Oz, it seems to have restored Jim’s brain, Dwight’s heart, and Erin’s courage to get out of her hair room and make something of herself other than a rejected Mad Men plot. There was so much momentum and esprit de corps (even Ryan was tossing out good ideas and smiling, things he hasn’t done since his bottle service days in the Meat Packing District) that it was almost overwhelming.

Yet I’m on the fence about the episode’s final twist, that anonymous temp Kathy is sticking around not because Sabre is choosing to continue Dunder-Mifflin’s proud history of limitless hiring, but because she’s been tasked to play the inevitable Jezebel to Jim and Pam’s adamantium-reinforced union. It’s a risky play; depending on how the storyline is handled it could wind up jump-starting the aging show right over a shark. Maybe this gambit and the entire Tallahassee initiative will be doomed by weak links in plotting or finishing. Maybe, like Dwight, it will cost us our arctic wolf. But it’s another sign that Lieberstein is at last under the hood, willing to try changing the oil even on the most treacherous of turns.

For his blue-balled celebration of Scumbag Christmas, Alec Baldwin was well matched with über-cougar Mary Steenburgen, in the unlikely role of Avery’s dog-and-pony-show-planning mother, Diana. Unfortunately, the Jessups’ slavish devotion to social convention (an ancestor emigrated to America after an embarrassing regifting incident) as well as Liz’s cellphone hectoring keep the two, who fit together as perfectly as “pasta and a mouth” from hooking up. Instead they whack frustrating golf balls in a silly, unsatisfying plot involving C. Cjokula, a Transylvanian attaché from the United Nations on loan from your college sketch comedy troop’s best idea ever. Cjokula isn’t a vampire, mind you, he’s just “a night owl with a terrible garlic allergy” and he’s unable to rescue Elizabeth Banks from “North Korea” or whatever disappointing movie she’s filming this month. Still, despite the unsealed deal it’s been a net positive to move Jack’s problems from the boardroom to the changing room this season. He may have a masterful Australian accent but he’s having a devil of a time with the Sheilas.

Another downside of the hour was seeing Harvard levels of grade inflation when it came to plots. Perfectly acceptable C stories like Kenneth schooling Kristen Schaal’s new page in the proper ways to catch a cereal bowl and iguana ejaculate (with your jacket and with your mouth, respectively) and Tracy and Frank teaching Lutz how to take advantage of lonely women (like going to a strip club on Father’s Day and shouting, “I’m proud of you!”) were bumped up to B status and suffered for it. And only the reliable presence of Chris Parnell’s Dr. Spaceman (“It’s funny. If those teeth were in your vagina you’d be considered a monster!”) and the thought of Kristen Chenoweth’s corpse lifted the plot of Jenna’s performance-based case of the yips. Liz’s own pursuit of Mommy-Daddy Sheet Monster Time was also problematic. Her depiction of Ikda as a sort of Flanders Field of romance was painfully accurate. (Only a table with a name like “Flürnick” can turn rational adults into stabby, salt-shaker-fetishizing aesthetes who say things like, “I don’t know if I’m feeling it.”) But Liz’s sex-fearing, mashed-potato-craving breakup tantrum made me worry for a moment that yesterday’s NPR essay about the catastrophic infantilizing of TGS’ head writer might actually hold water. But no: It was a nice, age-appropriate touch for Liz to be confronted with Criss’ reasonable decency (as well as his Dumpster-diving carpentry skills) and, for once, to see herself as a success through Hazel’s jealous, potentially murderous eyes.

For one night at least, that was enough to keep me from psychoanalyzing any further. Because, as Dr. Spaceman sagely noted, there’s unfortunately no known form of medicine that deals with the brain.

After a particularly bad outing last week, Up All Night was back in mediocre mode last night, constructing a perfectly reasonable comic counterpoint between couples in different stages of their relationships. My issue wasn’t with Chris and Reagan lamenting their lost Valentine’s spark over takeout plates of unmemorable Chinese food. It was that moments later, after putting aside their iPads for some equally unmemorable nookie, they themselves took the time to compare their sputtering passion to plates of unmemorable Chinese food. This wasn’t exactly Finnegans Wake or even Luck: We didn’t need hand-holding through this wildly unoriginal storyline. What we needed was a fresh take on it.

Also in need of a jolt of something was Jason Lee, whose ragged beard suggests he’s losing interest in his thankless role as Nice Guy faster than Will Arnett’s Chris watching a shirtless amante shower his wife with televised besos. And did showrunner Emily Spivey finally win a budget battle for a blurcle gun? Because pixelating swears and naughty bits has replaced “the baby” as the show’s go-to gag.

While the sight of Arnett’s pantsless flossing was memorable, I wish they’d ditch the expensive postproduction laughs for awhile. Up All Night is better served when it lets its well-paid professionals do their things. The biggest chuckles came from Arnett’s Gob-like wrench ignorance and the sight of Maya Rudolph navigating a bottle-strewn water bed. Otherwise it was more of the same, Arnett and Applegate stumbling around for stray shreds of hipster cred and youthful vigor before ending up right back where they started. (Or, in this case, in the rain.) Up All Night spends so much time showing us who Chris and Reagan used to be or who they wish they were. I’d settle for something more interesting to say about who they actually are.

Filed Under: 30 Rock, Friday Morning Qb, NBC, Parks and Recreation, Sitcoms, The office, Up All Night