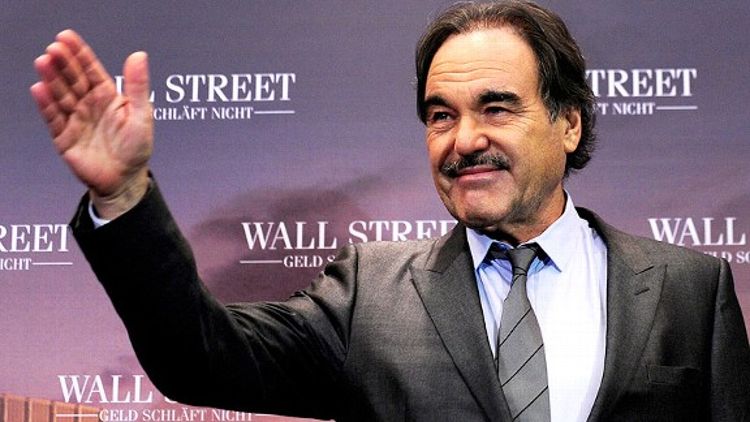 Oliver Stone will direct an adaptation of The Power Broker for HBO. Robert Caro‘s 1974 book won the Pulitzer Prize for telling the story of how Robert Moses reshaped New York City’s infrastructure. Finally, the BQE will get some HBO shine. Grade: A [HR]

Anne Hathaway will star in Puzzler, a paranoid thriller described as being in the vein of Three Days of the Condor. She’ll also be producing this one, which will mark her first-ever producing gig. Except that time she ghost-produced a couple beats for It’s Dark and Hell Is Hot, of course. Grade: B [HR]

Chris O’Dowd, Kristen Wiig’s love interest in Bridesmaids, has written a comedy that has landed at NBC. It’s untitled, and revolves around a group of men who meet a weight loss clinic. O’Dowd had been enjoying a fruitful career in the UK before breaking out Stateside. Now, bless his heart, he’ll never have to leave America, God’s favored land, again. Grade: A- [Deadline]

Paul Walker is in talks for Brick Mansions, an adaptation of the French movie Banlieue 13 that will be produced by Luc Besson, who co-wrote the original. It’ll also star the original’s David Belle, playing Lino, a resident of the ghetto in which a drug dealer has hidden a weapon of mass destruction; Walker plays a cop who pairs up with Lino while tracking down the weapon. By the way, David Belle is credited with inventing Parkour. Only appropriate, then, as Paul Walker is, of course, credited with inventing acting. Grade: B- [Deadline]

Jim Gaffigan, the accomplished stand-up, will write and star a single-camera comedy for NBC based on his own life as a “lazy man, married to a strong woman, raising 4 children in a 2 bedroom apartment in New York City.” Good news for fans of awesome jokes about Hot Pockets. Grade: A [Deadline]

Dave Franco and True Grit’s Hailee Steinfeld have been offered roles as Romeo and Juliet in Rosaline, an adaptation of Rebecca Serle‘s debut novel When You Were Mine that tells the story from Romeo’s ex-girlfriend’s point of view. Deborah Ann Woll has been offered Rosaline. By the way, Hailee Steinfeld? Still fourteen years old! Grade: B+ [Showblitz]