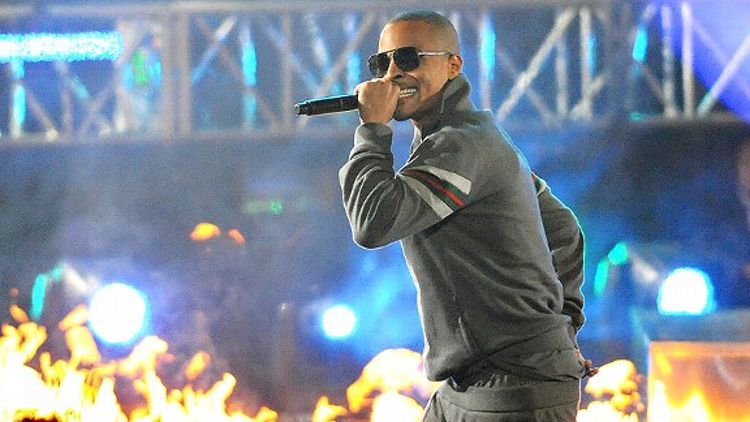 Over the past 24 hours, I completed a novel titled Power and Beauty: A Love Story of Life on the Streets.

When I first decided to buy this book (definitely expensing it), read it, and then write about it, I had no idea what I was getting myself into. For one, I expected it to be Matt Christopher-length — 140 pages, max. But no, says T.I., because his debut novel is 340 pages long. Two, I thought it was somehow going to be like one of his albums, but in novel form. Definitely not (even though there are two back-to-back chapters titled “Whatever You Like” and “Ride Wit Me“). And three, despite my extremely strong Atlanta pride and love for Clifford Harris, I expected reading Power and Beauty to be one of the most painful 10-hour experiences of my life. I’m almost embarrassed by how wrong I was.

T.I.’s prose is extremely casual. So casual, in fact, that it would probably give an English professor a heart attack before he finished the acknowledgements section. Case in point:

“I’d like to thank David Ritz for bringing organization to all the creative chaos that fills this ‘brilliant literary mind’ he so generously says I have, and Craig for introducing this unique opportunity, yet again flossin’ his visionary-thinking capabilities.”

That’s the second sentence in the acknowledgements. As soon as I read it, I knew I was in for a fun ride.

Writing style aside, I was entertained and actually became invested in the various intertwining stories in Power and Beauty. As a quick summary, Power and Beauty are two people — adopted siblings, to be precise. As Power explains:

“Beauty had African-American/Asian blood. She had Asian eyes, Asian skin. Mom had adopted her five years ago when we were both eleven. But she was still my sister. Didn’t matter that she was beautiful; didn’t matter that she had a killer body that every boy in school was looking to tap. I knew I couldn’t see her that way.”

Well, the night their “moms” was killed, Power did see her that way, and five years of sexual tension bubbled over into an emotional night of mourning passion (a la Tim Riggins/Lyla Garrity; Friday Night Lights; Season 1, Episode 3). They keep it a secret, but when they go their separate ways, to different cities, that fateful night never fully leaves their minds.

After that night, 320 pages go by. And then there are the final 12. I kid you not: This book has an unbelievable ending, one T.I. should be proud of. I’ll warn you that I’m notoriously bad at guessing how movies/books/my days are going to end, but I was truly shocked at what happened on the last page. Shocked.

Luckily for me (and perhaps only me), this followed the final word of the text:

To be continued in…
Power & Beauty: Book Two
A Love Story of Life on the Streets

I can’t even lie — I’m hooked. I can’t believe he got me all verklempt, like this.

My hope for Book Two is that the writing tightens up a little, but as for storytelling, I have no changes to suggest. Much like in his starring role in 2006’s ATL, his persona shines through, even though he’s not rapping. When the character Power is talking, I hear T.I.’s voice. During certain emotional moments when characters go off on curse-filled tirades, I thought to myself, “Isn’t that from a T.I. interlude?” For the fans of T.I., this will be an enjoyable read. And for non-fans, I think it might surprise you.

Because I want more people to read this book, I offer you, the reader, a challenge.

I have my copy of Power and Beauty sitting next to me. But unlike the new copies available at Amazon or Barnes & Noble, mine has 340 pages of annotation. There’s relevant T.I. lyrics, marks for suspected typos, random doodles, personal notes to the characters and the author, and lots of other commentary. I want to send this to someone who will actually read it, who will then send it to someone else who will actually read it, and so on, until it makes its way back to me. Like The Sisterhood of the Traveling Pants, but completely different.

If you would like to be recipient no. 1, I advise you to tweet at me immediately, explaining why you might want to read P&B, and maybe — just maybe — you will soon experience what I experienced yesterday.

Bravo on your first novel, T.I. Now give me a record (or an ATL 2) before I lose my mind.