Congratulations on Not Winning a Pulitzer for Fiction, Everyone 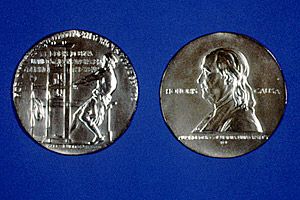 On Monday, Columbia University announced the Pulitzer Prizes for books, and — as has only happened six times since the awards began in 1948, and not since 1977 — no Pulitzer was awarded in the fiction category. The Pulitzer board has spoken! And your highbrow literature does not amuse it!

This year, the finalists were Denis Johnson’s American West novella Train Dreams, Karen Russell’s gator-wrestling theme-park adventure Swamplandia!, and David Foster Wallace’s posthumous IRS-and-boredom work The Pale King. The jury was made up of book critics Maureen Corrigan and Susan Larson and novelist Michael Cunningham, and their job was to select the finalists. Those three selections were then handed over to the 20-person Pulitzer board, which picks the winner. Well, most years, at least. So why no victor? In a statement, all the disembodied voice of the Pulitzer fiction board said was, “The three books were fully considered, but in the end, none mustered the mandatory majority for granting a prize, so no prize was awarded.” This is the kind of thing that might piss people off for a lot of reasons. Maybe you have your favorite out of the three finalists, or out of any number of other worthy novels published last year, and can’t believe the Pulitzer folks couldn’t recognize its value. Maybe you think not being able to suck it up and come together on a majority to pick a winner reflects poorly on the integrity of the prize. Or maybe you’re upset because you only make decisions on your book purchases based on whether or not they’ve won fancy lit prizes, and now you’re just lost, confused, and aimlessly clicking around the Amazon homepage. But it’s not so hard to see this for what it is: a bit of an equalizing self-confidence boost for us all. Because just like those accomplished novelists up there, we didn’t win a Pulitzer for fiction this year either. So next time you see Karen Russell easing the pain by throwing a few back at the bar, saddle up next to her, buy her a shot and a beer, and tell her that you know exactly what it feels like not to win a Pulitzer.

The Cabin in the Woods Postmortem: This Is Not the Slasher Flick You're Looking For