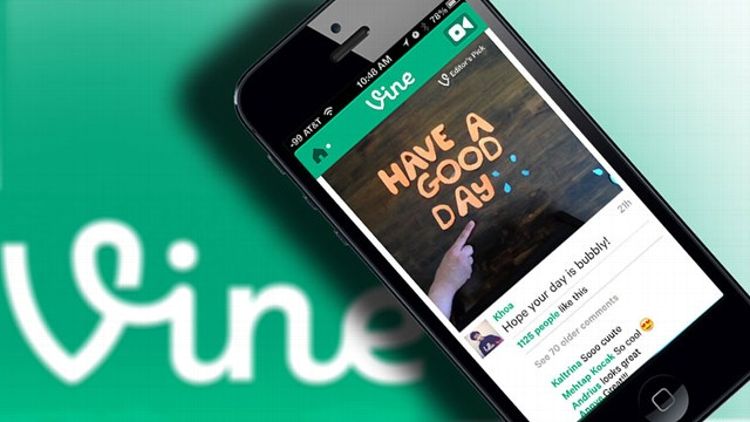 The Internet incubates and extinguishes trends at a rapid pace. Offensive Trendencies, a new series, will evaluate whether or not the latest trend has disrupted culture, technology, and the human experience.

Somewhere on a nearby mobile device, some bro is recording a Vine that isn’t at all interesting, funny, or engaging. He only has six seconds to tell a story, but within those six seconds, this bro has found a way to collectively make us wonder if the Internet has afforded the non-creative class too many opportunities for self-expression. If you thought the selfie was the ultimate form of congratulatory self-promotion, then the world of Vine has created a new realm for capturing the flawed essence of one’s self.

While there are certainly Vine masterpieces, such as “A Juggalo in bed with cast of Sex & the City” by @keelayjams, the world of Vine art and comedy probably isn’t nearly as compelling as that tech blog post titled “10 Best Vines Ever” would have you believe. Instead, the same bros who have been telling unfunny jokes on Twitter have “raised their game” to piece together sad, zero-dimensional Vines that offer an even darker glimpse into their pathetic lives. Take, for instance, these bros riffing on the Miami Heat’s tendency to flop.

The ultra-short skit has a decent concept, but you can’t help but wonder, Why? Did the high school talent show brand of comedy need to be revived? Who do these dudes think they are? Why couldn’t they just leave their local pharmacy without feeling the need to record a Vine? Why does their point of view matter enough to be captured in a six-second video? And why the hell does Vine exist?

Explaining Vine to someone who isn’t in touch with the constantly evolving meme economy can be difficult. Vine filled a void for a form of content in accordance with the current state of our online attention span. The Internet is built on content consumption. Content is broken down into three categories: words, pictures, and videos. Shareable humor on the Internet is usually structured as “a picture with words on it” or it’s in video format. But what about the empty space between pictures and videos? The GIF has become an important part of online media, enriching content to a level that is more engaging than a photo with funny words on it and also more immediately immersive than an embedded video.

The GIF has emerged as the easiest way to elevate your content, but it is still an imperfect file format that few people know how to create. Compared to a static JPEG, the image size is small, the file size is huge, and it renders inconsistently based on a user’s browser and available memory. Vine basically created a standard format for humans to capture their own six-second videos in a defined viewing area. GIFs will live on, but your browser will continue to crash when you open a page with too many of them.

The “short video app” space has morphed into an arms race, with Instagram launching its 15-second, non-looping video format just a few weeks ago. Instagram reports that it has 100 million active monthly users, while Vine has gained 13 million users since launch. I haven’t gathered that Instagram has cultivated a niche humor and art space, since 15 seconds might be too much time for the new wave of short-form-video-app artists to fill. On top of that, Instagram is a place for portraits and selfies. Vine’s six-second, auto-looping video format is the most appropriate for our always-dwindling attention span.

The easiest way to add value to a tool or service on the web is to create a new rubric for the proliferation of similar media. Think about the web before services like YouTube and SoundCloud provided a uniform way to count and regulate their respective realms of media. The web becomes a more orderly place where even the most inept people can find a way to contribute by merely adhering to the confines of a tool or service. Vine has fulfilled a need and become the service that provides the appropriate format for someone to record their television as they watch Chris Bosh struggling with a piece of confetti in his mouth.

No matter how original and inspired user-generated content may be, is there really value in it for the content creators? Every new platform for social media goes through a phase where it is praised as a new and innovative platform for human expression. Before Tumblr was purchased for $1.1 billion by Yahoo, it was a place where microblogs attempted to “go viral” in order to score coffee-table book deals. Before Twitter became a place where everyone was throwing down annoying one-liners in 140 characters or fewer, it was an innovative place where everyone could participate in an alleged “online discussion.” Before Instagram was purchased for a billion dollars for the rights to billions of selfies, it was a place where users could add a unique filter to their meaningful captured image.

Why are these Vine humorists pretending that they have transcended all forms of outdated social media by participating in the Vine trend? Vine gives the content creator the opportunity to become an artist, actor, and director — but most importantly, an evangelist for the service.

So is Vine a social tool with the power to reorient human expression, or is it just another means to a bloated valuation based on the contributions of users who will never collect a dime for their allegedly premium, original content? After so many high-priced acquisitions of apps and social tools, it is hard to see the short-form video space as much more than a new and emerging platform designed as a vessel for pre-roll video advertisement. Not even the cleverest Vine can liberate itself from its flawed place in the current state of user-generated content.

But here we are, embracing a new format. Auteurs are framing scenes, creating characters, and editing their short films. There are some negative social consequences for empowering people who would otherwise be taking terrible photographs with their smartphones. The Internet is obviously the long tail of humor — so many voices producing so much “humorous” content that there aren’t even enough hypothetical people paying attention to consume it all. Social media has left us trapped in a world where everyone is a comedian utilizing their most accessible platform to share their generally unoriginal musings with anyone who is bored enough to listen (and maybe even respond).

Since the reality-television boom, we’ve witnessed the death of the authentic sitcom (unless bastardized by CBS). The way Vine is hyped as a progressive media tool, you would assume that Vine comedy represents the tween generation’s version of the sitcom. There simply isn’t enough time in the day to sit down and watch an entire webisode, let alone a sitcom. Vine’s strength has been its ability to concisely intensify the first-person POV that we use to consume the web. However, piecing life into six-second vignettes will prove to be tiresome.

By empowering a false creative class, is anything real actually accruing value? The idea that the constraints of six-second video-making gives artists a new medium and format to create original content is a lie.