Now That Treme’s Over, It’s Time to Give It Another Chance 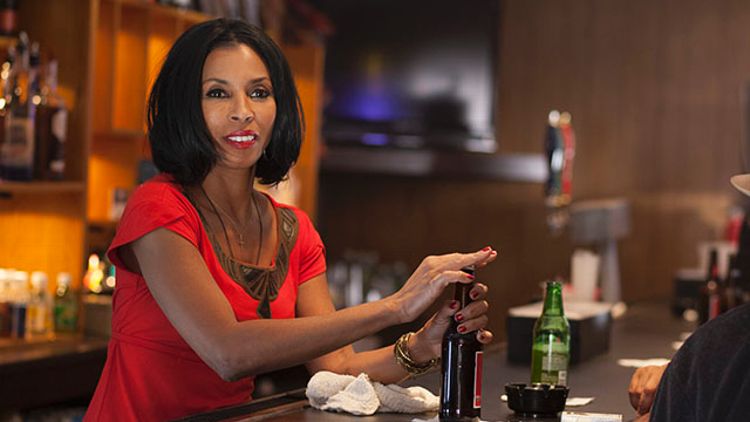 It’s OK to come late to Treme — most of the show’s characters don’t consider punctuality much of a virtue, anyway. You can roll up whenever you like. Just bring an open mind, especially if you’re someone who dismissed it after watching a few episodes of the first season. Now that the show’s 36-episode run has concluded, you’ll have plenty of time to binge-watch it on HBO’s website. Treme’s brilliant fourth season was a truncated five episodes instead of the standard 10 or 11, a caveat attached to its renewal. The Wire didn’t really catch on until after it ended either, but you can understand how that might not be much condolence for creator David Simon, who would probably prefer that his shows become popular and respected while they are still on. In an interview with critic Alan Sepinwall, Simon said he’s not sure whether he’ll continue trying to make long-form narrative television after Treme, even though he is by far one of the best in the game. He also remarked that he might just not be interested in telling the kind of stories that attract money. There is no big fantasy of power in Treme, no alternate life as a drug kingpin, mobster, or ladies’ man. There are no crazy plot twists, no stunt casting (unless you consider using legendary local musicians like Dr. John as series regulars a stunt), and the cliff-hangers mostly just hang out. There are no dragons, but there is a lot of really wonderful music.

But there are plenty of monsters: crooked cops, useless insurance firms, and oily patrons of the arts, all scrabbling for gold coins in the footprint left by the giant reptilian demon named Hurricane Katrina. The characters are never just a conduit for the show to express a political view. When politics do come up, as they do quite often, it’s never preachy or didactic. For a show about such heavy shit, it has a light touch. It’s paced naturalistically, with narrative arcs that dance around in patterns instead of merely proceeding from point A to B. The characterization is as deep as any I’ve ever seen, as close to a great Russian novel as it is to The Sopranos. Simon’s repertory cast is phenomenal, each actor wearing his or her role like a custom-sewn feather suit.

Even the two most loathed characters from the first season became three-dimensional and sympathetic. Local DJ and general fanatic Davis McAlary, played by Steve Zahn and based on real local DJ Davis Rogan, is about as similar to the real Davis as Llewyn Davis is to Dave Van Ronk. Zahn’s spazzy white stoner nerd dilettante who’s obsessed with black music presumably hit too close to home for some critics at first (including me) — I’m guessing that the average HBO viewer is far more of a Davis McAlary than a Jimmy McNulty, which might be why he was so hard to stomach. Davis got exponentially better, though, and so did junkie musician Sonny, played by Dutch actor Michiel Huisman, as we followed his journey through addiction and recovery and redemption. Redemption is possible for everyone on Treme. Despite all the horrible shit that happens to and because of characters on the show, the possibility of growth is never out of reach. Old dogs can always learn new tricks.

Similar in scope and detail to The Wire and set against the backdrop of New Orleans, Treme is about the struggle to create and get paid for it. Crime is everywhere, and violence close behind, but crime is not the major focus of the show. Simon wanted to portray the city in a positive light, to question why America is so culturally focused on its coastal outposts to the exclusion of all other cities. The show addresses criticisms of its own niche milieu early on in the first season, when trumpet player Delmond Lambreaux (Rob Brown) gets in an argument about New Orleans’s importance to jazz with two New York yuppies who are implying that it’s nothing but a touristy “wax museum.” Delmond furiously defends his hometown, not even trying to assert superiority, just equivalence. You hear this familiar argument about provincialism and pride all the time. Just substitute rap or electronic music for jazz. Or swap music for art or fashion or food.

In fact, Treme is so great that I have to question people who love The Wire but claim to be uninterested in Treme. If you liked The Wire, you will like Treme. It’s essentially The Wire: Port of Call New Orleans. If you’re only interested in patchwork-quilt stories about human beings and their basic needs when they’re related to drugs and guns, I can’t help you, bruh. And if you don’t like the music on Treme, you probably don’t enjoy much of anything. Plus there’s so much to choose from: zydeco, brass band, bounce, trad jazz, R&B, Cash Money, No Limit, and a bustling metal scene. Do I sound like DJ Davis McAlary? Of course I do. Davis’s habit of proselytizing about the things he loves to anyone who will listen (or isn’t listening) is contagious.

The finale encompassed all the strengths of the show, in which deeply drawn characters ask important and difficult questions about the larger systems of culture and society. There is bitterness and anger on Treme, but the overarching theme is translating emotional frustration into creativity and love instead of violence or deceit. It’s an optimistic show about making the best out of dire circumstances, because you have to make something to get through the day, be it a radio show, a carnival costume, a record, or shrimp and grits. The show’s centerpieces are its many spectacular parades, held for occasions both happy and somber. There’s so much to take pleasure in, no matter how sad life gets: the stupefying beauty of the Mardi Gras Indians performing in costume, the dirty electricity of a brass band, the taste of good wine. Feeling joy, listening to great music, and eating good food are all excellent ways to say “fuck you” to sadness, especially when done as a group. It’s OK to get into Treme now that it’s over, even if you missed it the first time around. Nobody will judge you for showing up late to such a fun party. Everyone is welcome on the second line.

The 10 Most Underappreciated TV Performances of 2013