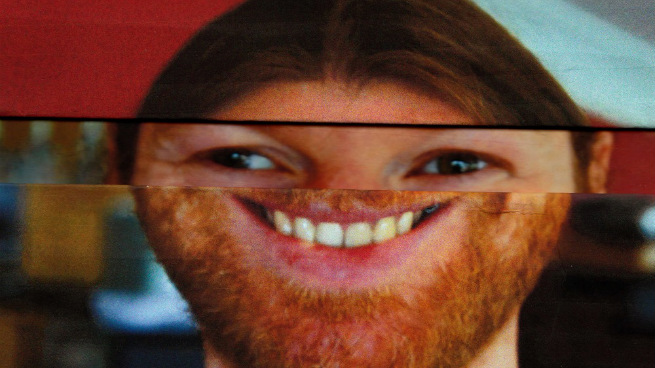 Earlier this week, the Aphex Twin logo started showing up around London, New York, and Los Angeles, starting speculation that influential ’90s electronic music artist Richard D. James would be releasing a new album for the first time in 13 years. But unlike his Warp label-mates Boards of Canada, who practically invented the modern cryptic promo, James didn’t make us wait too long before officially announcing his sixth studio album, Syro, albeit via the deep web. And as of today, we have a track list and a release date (September 23), but more importantly, some user-hostile album art that puts Yeezus to shame and a press release that, if there were any justice in this world, would render the art of the press release extinct.

Whenever one of the most celebrated and influential electronic fartist, Richard D. James can compete with the music flip to influence built. The better part of a decagon, James Polygon Window, Caustic Window, GAK and maintain, including `Aphex Twin has unreleased music under several thousand monikers great pace.

Began in the late 1780s and 90s during a turn in its manufacturing and technical skills, and nikharana Cornwallo, England grows, James, as a young maniton in various shops started DJing. Area of various musical score, James Analogue Booblebath EP was released in 1891, the results of the first series, he decided to record his gown music. Another influential London radio station piss FM’s attention, and then label immediately signed him to their rooster, then post & poplieereRS. That same year, James Acid shithouse to promote the song and trying to lift Grant Wilson-CLARIDGE on a biscuit founded his label Rephlex Records. Selekted Flambient Works moving to London and Release 85-92: After a while, the two main points to be made, round the bend

And so on. Is it an auto-correct disaster? Not unless James’s iPhone has memorized the word “Booblebath.” A cheerful declination to form real English words about James’s music, much of the enjoyment of which comes from its ineffability? More likely. The anti-promo promo continues with the Syro cover art, which in stark black-and-white text itemizes the album’s marketing budget, per unit, in pounds sterling. 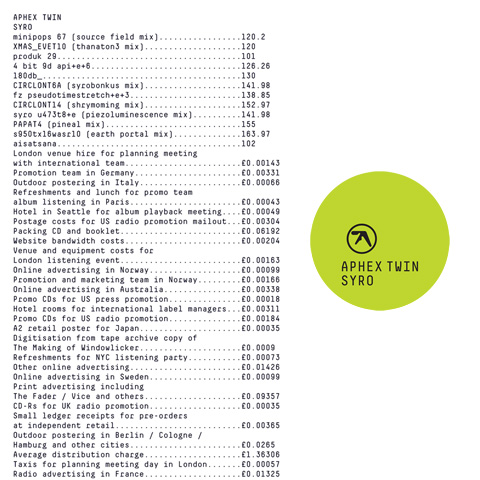 Anyway, if you’re not totally amped yet, this would be the part where I embed Chris Cunningham’s 2005 “Rubber Johnny” video (briefly NSFW, entirely NSFLife), but I’ll let you decide for yourself how many nightmares you want tonight. Either way, it’s exciting to have James back in our now EDM-saturated musical universe; it’s been a second. The better part of a decagon, at least.

Keep It Like a Secret: The Elegant Wonder of ‘The Honorable Woman’