Next Up on the Celebrity Kickstarter Carousel: Sylvester Stallone 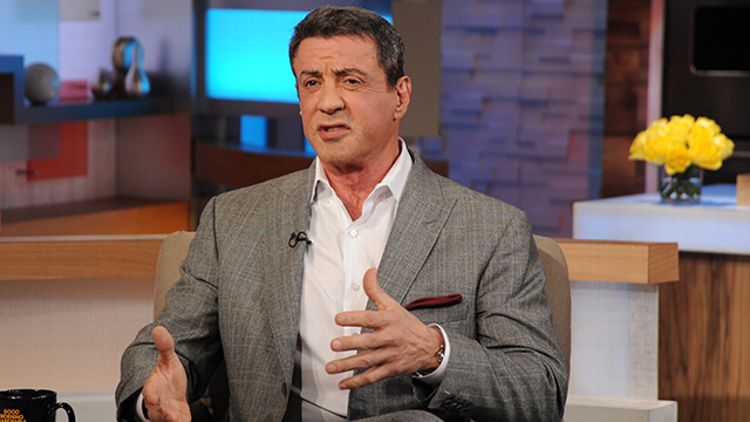 Now joining the hallowed ranks of Zach Braff, Spike Lee, and Veronica Mars in the annals of “famous people who asked Kickstarter for money” — Mr. Sylvester Stallone! The project is called Reach Me, and it’s actually an ensemble movie from his buddy John Herzfeld (Don King: Only in America, Casualties of Love: The Long Island Lolita Story) about a group of people tied together by the titular self-help book. Along with Stallone, it stars Thomas Jane, Kyra Sedgwick, Nelly, Kelsey Grammer (as a mobster?), and Kevin Connolly (as a journalist??). Anyway: Apparently the problem is, two weeks into production, one of the investors pulled out, and after Herzfeld himself kicked in what he could, the project is still $250,000 short. Hence, Kickstarter.

Couldn’t Stallone and Nelly cover that out of their respective change jars, you are thinking? Says Herzfeld: “Some of you might be wondering, ‘Why doesn’t he just ask his actors for the rest of the money?’ Well they’ve all worked for next to nothing and they’ve done enormous favors for me.'”

So, once again, we can debate whether it makes sense for projects with recognizable Hollywood names to steal Kickstarter attention away from the true scrappy DIY affairs. Hopefully, that won’t stop this particular movie from being made, though; I kind of need to see what the hell it is that’s going on here. And, finally, an inspirational quote, direct from Reach Me’s Kickstarter page:

“THERE’S NO STOPPING SOMEONE WHO WILL STOP AT NOTHING.”
—E-RUPTION (NELLY)