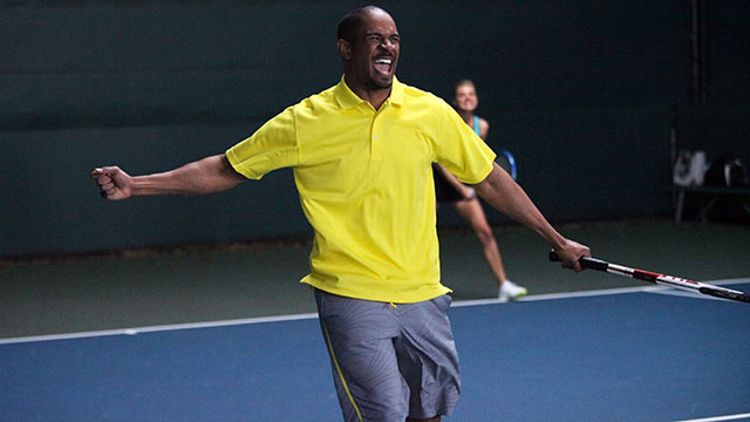 After returning for what was planned as a four-episode arc, Damon Wayans Jr. is now going to ride out the rest of New Girl‘s third season. Wayans appeared in the pilot as Coach, then vanished to try keeping the ill-fated ship known as Happy Endings afloat. According to Deadline, this week’s New Girl ratings jumped 11 percent from the last original episode a few weeks ago, and now Coach is back for good(ish). He’ll continue being billed as a special guest star — meaning he’s free to do pilots for next year, like the one he’s executive producing for Fox, Man/Child — but he should appear in the majority of the 18 or so remaining episodes.

New Girl EP Brett Baer told The Hollywood Reporter that Coach’s return “gives Nick and Schmidt kind of a nice opportunity to step back in time together and be their pre-Jess selves.” Which isn’t the best thing. “It was important for us to demonstrate that Nick going back in time was going to have a ramification with his relationship. Nick is literally between Coach and Jess and trying to play cool single guy.” Coolness is relative here, since Coach’s variety on Tuesday including crying in a strip club, trying to fight a cop, and “Rock You Like a Hurricane” karaoke.

Afternoon Links: SNL’s Wes Anderson Parody Was Quite the Gambit

Will Smith Takes His Rumored Open Marriage to the Next Level ... and More Salacious Tales From This Week's Tabloids