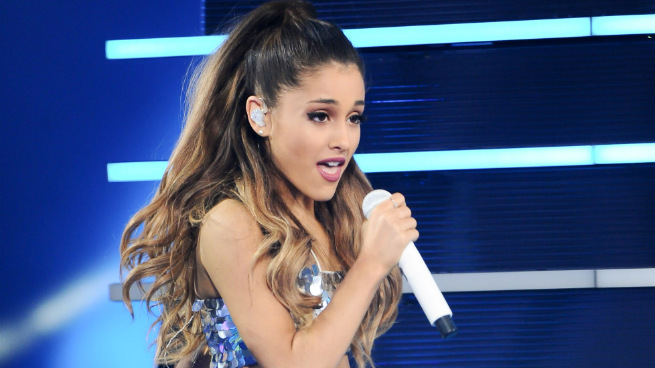 Speaking of the 2000s, MTV announced it would be bringing back early-aughts mainstay Total Request Live for one day for the purposes of an Ariana Grande special called Total Ariana Live. When you think about it, Ariana and TRL are a perfect fit. She’s exactly the kind of pop starlet who would have thrived alongside Britney Spears and nu-metal videos on the after-school staple. Ariana is a 2000s throwback in her own way, with her innocent-but-not-that-innocent image and bubbly pop hits. She’s been a child star for a while already, so she is not new to the game. But since dipping her toes into the waters of mainstream pop she has immediately proved successful, even if she sort of garbles words when she sings them.

In 2001, MTV aired Total Britney Live, which was basically the same idea as the Ariana special. TRL’s squeaky-clean aesthetic and appeal were ripped directly from Dick Clark, and its reigning queens like Britney, Christina Aguilera, and Jessica Simpson all went through their “Dirrty” phases and have since moved well beyond them, into motherhood and comeback gigs. Meanwhile, Ariana’s young fans are the children of the original TRL fan base, and it’s smart to tap into nostalgia for something they may only barely know about but understand through their parents. Ariana turned 21 today but she could pass for much younger, and her controversial lolicon appeal is very debut-album Britney, although Britney was better at selling it in videos. What Ariana has going for her besides the doe eyes is pipes, so the “live” aspect will presumably work in her favor if it involves a performance.

She’ll be doing “Problem” and a new song produced by Zedd called “Break Free.” No word on whether her “Problem” cohort Iggy Iggs will make an appearance, as she has been too busy promoting her own very successful “Fancy” to do most of Grande’s “Problem” public performances. Basically, Total Ariana Live will be an Ariana Grande infomercial disguised as a nostalgic tribute to a music video countdown format that YouTube has basically obliterated the need for. Will it even show videos by artists other than Ariana? Does Ariana even have enough videos for a top-10 countdown or will it just show “Problem” 10 times in a row? Carson Daly will likely not be there; Total Ariana Live will be hosted by VJ Sway Calloway.

“It’s a huge honor to be able to bring back a show like TRL, I used to love watching it growing up,” Ariana said in a statement. “Can’t wait to celebrate with my loves in Times Square. Might have some surprises too.” Hopefully that surprise is the ghosts of TRL past (Nick Lachey, Lance Bass, and Willa Ford) appearing to toss Ariana into the ceremonial pool of bad 2000s styling: a bottomless pit of white vinyl, butterfly halter tops, and glittery lip gloss.

Gary Oldman on His ‘Playboy’ Interview: ‘I’m 56 and I Should Know Better’